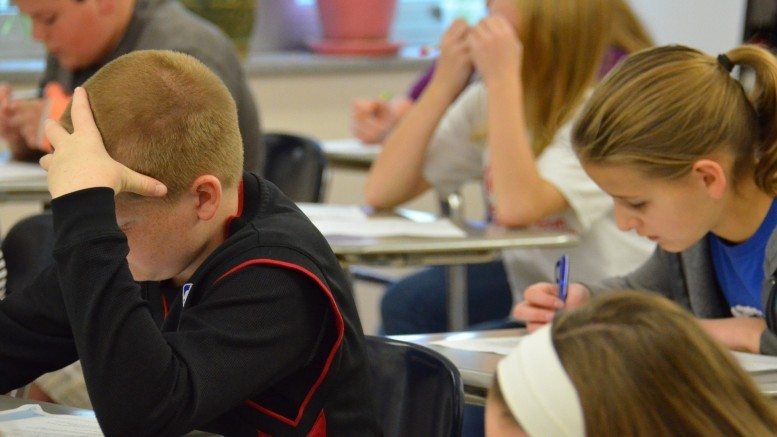 Common Core Education Standards were created by non-governmental organizations and yet citizens have never been able to regain control. These NGOs did not have education expertise, and had no mandate from national, state or local governments to butt in to public affairs – they just did it! ⁃ TN Editor

Most of the states that first endorsed the Common Core academic standards are still using them in some form, despite continued debate over whether they are improving student performance in reading and math.

Of the states that opted in after the standards were introduced in 2010 — 45 plus the District of Columbia — only eight have moved to repeal the standards, largely due to political pressure from those who saw Common Core as infringing on local control, according to Abt, a research and consulting firm. In Oklahoma, Gov. Mary Fallin signed a bill to repeal the standards in 2014 less than six months after defending them in a speech. She said Common Core had become too divisive.

Twenty-one other states have made or are making revisions — mostly minor ones — to the guidelines. Illinois kept the wording while changing the name. In April, North Dakota approved new guidelines “written by North Dakotans, for North Dakotans,” but some educators said they were quite similar to Common Core. Earlier this month, New York moved to revise the standards after parents protested new tests aligned to Common Core, but much of the structure has been kept.

“The core of the Common Core remains in almost every state that adopted them,” said Mike Petrilli, president of the conservative Thomas B. Fordham Institute.

Launched in 2010 by a bipartisan group of governors and state education chiefs, Common Core sought to bring scholastic standards to the same high level nationwide. The standards quickly became controversial when the Obama administration offered states federal dollars to nudge them to adopt it. States’ rights activists cried foul, saying the effort undermined local control. Meanwhile, some teachers criticized the standards as confusing and out of synch with students’ needs, while others feared that non-fiction would crowd out the works of Shakespeare.

President Donald Trump and Education Secretary Betsy DeVos spoke out against the standards, but the issue has been largely out of their hands. A 2015 law prohibits the federal government from promoting any set of standards, including Common Core.

A national survey by Education Next, a journal published by Harvard’s Kennedy School and Stanford University, found that support for nationwide academic standards rose over the past two years, as long as the name Common Core was not used.

Measuring the direct impact of Common Core is difficult. A study last year by the Brown Center on Education Policy with the Brookings Institution showed that adopters of Common Core initially outperformed their peers, but those effects faded. It’s also unclear if the gains were caused specifically by Common Core.

“I think it was much ado about nothing,” said Tom Loveless, the author of the report. “It has some good elements, some bad elements. Common Core nets out to be a non-event in terms of raising student achievement.”