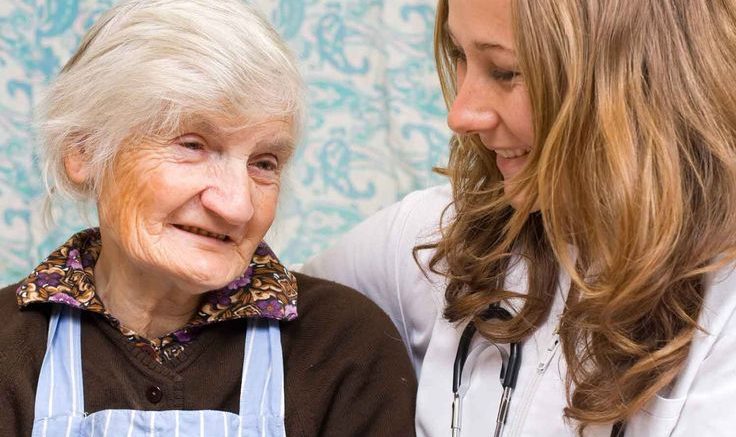 Lacking a moral compass, society is on a certain course to extermination of the most vulnerable, which could be any one of us someday. Worse, those who should be involved in the moral debate no longer have the tools of rational argument at their command. ⁃ TN Editor

The medically vulnerable have rarely been in greater jeopardy. Alzheimer’s disease patients are at particular risk. In a recent poll from Quebec—where lethal-injection euthanasia is legal—a chilling 72 percent of caregivers favor permitting Alzheimer’s patients to be euthanized, even if the afflicted person never requested euthanasia. If the patient requested euthanasia in writing upon becoming incompetent, the percentage of caregivers approving is a horrific 91 percent.

Both scenarios are against the law, though perhaps not for long. With lethal-injection euthanasia now legal throughout Canada, predictable efforts are under way to permit patients to create binding written orders to have themselves killed if they lose mental capacity.

This approach is already legal in the Netherlands and Belgium, two countries that seem to be competing with each other to craft the most radical euthanasia policies. What if the Alzheimer’s patient, having lost the ability to make his own decisions, is not suffering terribly after all? Tough. His former desire is deemed controlling over his current state of happiness. Indeed, in an awful case from the Netherlands, a struggling elderly Alzheimer’s patient was held down by her family as she fought against being lethally injected. Dutch authorities determined that the homicide was permissible, since “the doctor acted in good faith.”

If only euthanasia advocates could be sued for false advocacy. For years, they have soothingly assured wary societies that only those with the capacity to choose to be killed would have access to facilitated death. That promise was always highly questionable. “Choice” has never been the point of euthanasia—otherwise euthanasia should be available to anyone, sick or well, who wants to die. Rather, the goal is to normalize killing as an acceptable remedy to suffering, even—as we are seeing with the Alzheimer’s policy—when the patient is incapable of making a rational decision.

Where assisted suicide is legal in the United States, it is still not allowed for people who lack decision-making capacities. This restriction may be a matter of political tactics, rather than of bedrock principle. A few years ago, Barbara Coombs Lee, head of the assisted suicide advocacy organization Compassion and Choices, said that assisted suicide for Alzheimer’s patients was “an issue for another day, but no less compelling” than legalization for the competent terminally ill—strongly implying that allowing life-terminations of people with dementia would follow once the country accepted the Compassion and Choices agenda.

Indeed, Compassion and Choices already targets the elderly with instruction in suicide by self-starvation, known in euthanasia movement parlance as “voluntary stop eating and drinking” (VSED). From its how-to guide:

Many people struggle with the unrelieved suffering of a chronic or incurable and progressive disorder. Others may decide that they are simply “done” after eight or nine decades of a fully lived life.

Alarmingly, the American Nursing Association adopted a policy in support of the right to commit VSED without intervention, stating, “A patient’s decision regarding VSED is binding, even if the patient subsequently loses capacity.”

VSED is, presumably, legal. But what if an incompetent dementia patient who willingly takes food and water had instructed in an advance directive that he wanted to be denied sustenance when incompetent? Increasingly, prominent bioethicists contend that caregivers should be forced to withhold spoon-feeding, which is to say, should be required to starve patients to death. For example, in the May-June 2014 Hastings Center Report, Paul T. Menzel and M. Colette Chandler-Cramer argue:

This is rank bootstrapping. Advance directives govern the provision or refusal of medical treatments. A patient may refuse a feeding tube in advance, because “artificial nutrition and hydration” is considered a medical treatment in law. But spoon-feeding isn’t a treatment, it is humane care—no different ethically from turning a patient in order to prevent bed sores, or providing proper hygiene. Just as an advance directive instructing that a patient should not be kept clean must be disregarded, so too should a directive instructing that a patient should be starved to death.

Having watched my father trying in vane to keep my mother alive to the point that he was going to keep her alive whether she wanted to be or not. Later watching him slide into a dementia that was torture to him in his last year to the point that he wished for death, I think he would have welcomed Jack Kivorkian and his death machine in the room. Were the decision in my hands I would have ended their individual suffering. I would suppose according to the editor I lack a moral compass and cannot make a rational argument.… Read more »

You apparently missed the nuanced point of a shift towards involuntary euthanasia. Worse yet it includes those who are not terminal or suffering in pain yet ‘authorities’ will rationalize a poor quality of life. This could as easily apply to young healthy developmentally disabled persons who pose an economic and social “burden” to their families and government services. That would be the concept of social utility, which Mr. Wood has eloquently written about in the past and is a feature of Technocracy, imho. Hence China’s social credit score system which is already being developed for the rest of the world.… Read more »

Great reply. The line by Albert Szent-Gyorgui was particularly poetic. Thank you for setting me straight. I should have read the whole article before commenting on the editor’s notes.

Seems we’ve been asking the wrong questions and too quick to give up on the elderly and sick. Yesterday I finished watching a remarkable docu-series on Alzheimer’s hosted by Peggy Sarlin, Awakening From Alzheimer’s. Sarlin interviewed several physicians who’ve been having tremendous success arresting and reversing Alzheimer’s using a combination of powerful supplements and dietary changes targeting the underlying defects in the 3 subtypes of the disease. Not long ago Dr. Dale Bredesen published a study showing reversal in 9 out of 10 patients. Of these 9, six were able to return back to work. Bredesen believes the paradigm for… Read more »

In San Francisco, over 72% of caregivers abuse and steal from their patients.

Why not a death with dignity bill for the victims of the AIDS epidemic?