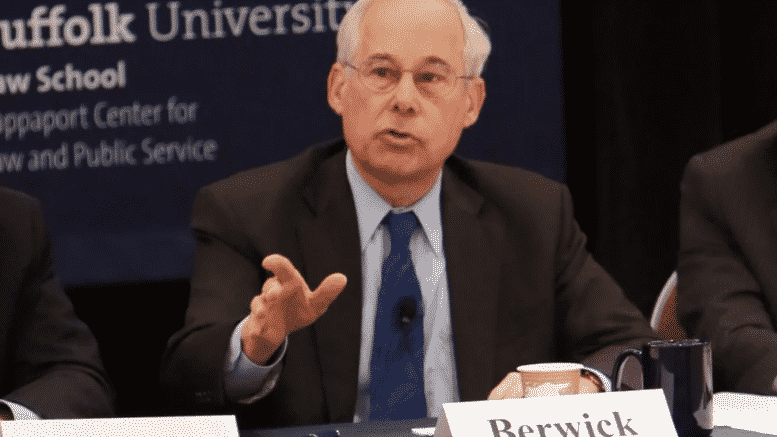 Please Share This Story!
PDF 📄
Berwick is the radical Technocrat that Democrats are turning to for health care makeover. He “believes passionately in a society ruled by a technocratic elite” where patients should be managed like a herd of animals.

Don’t mistakenly assume that the Technocrat mind is limited to one political party or the other. Technocracy cuts through all political parties and plans on the elimination of them all when it gains total control. ⁃ TN Editor

Donald Berwick is one of the dangerous men Democrats are using to try to make single-payer health care a reality in the United States.

If anyone had doubts about the radical nature of Democrats’ health care agenda, they needn’t look further than the second name on the witness list for this Wednesday’s House Ways and Means Committee hearing on single-payer health care: Donald Berwick of the Institute for Healthcare Improvement.

If that name sounds familiar, it should. In summer 2010, right after Obamacare’s passage, President Obama gave Berwick a controversial recess appointment to head the Centers for Medicare and Medicaid Services (CMS). Democrats refused to consider Berwick’s nomination despite controlling 59 votes in the Senate at the time, and he had to resign as CMS administrator at the end of his recess appointment in late 2011.

Even a cursory review of Berwick’s writings explains why Obama’s only option was to push him through with a recess appointment, and why Democrats refused to give Berwick so much as a nomination hearing. As someone who read just about everything he wrote until his nomination—thousands of pages of journal articles, books, and speeches—I know the radical nature of Berwick’s thinking all too well. He believes passionately in a society ruled by a technocratic elite, thinking that a core group of government planners can run the country’s health care system better than individual doctors and patients.

Here is what this doctor believes in, in his own words:

For those who want a fuller picture of Berwick’s views, in 2010-11 I compiled a nearly 30-page dossier featuring excerpts of his beliefs, based on my comprehensive review of his prior writings and speeches. That document is now available online here, and below.

Geez! What a completely frightening human being. He talks and writes like a Nazi straight out of the Holocaust.