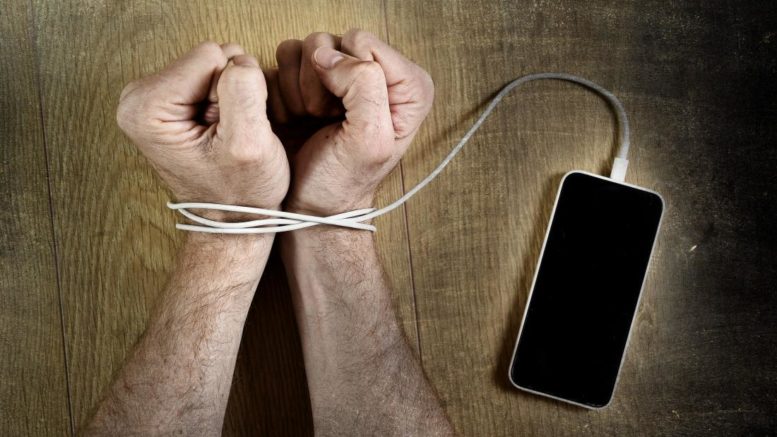 Please Share This Story!
PDF 📄
Social media giants have intentionally re-wired the brains of their users in ways similar to drug addicts, as the release of dopamine is stoked by certain predictable triggers. Under addiction, behavior is easily modified. ⁃ TN Editor

A few years ago, I noticed that I really enjoyed reading on airplanes and wondered why. After a bit of reflection, I realized that it was because I wasn’t distracted by the temptation to check a device every now and then, allowing reading to be the kind of immersive experience I once took for granted.

Now I make a point of semi-disconnecting every night, sitting down with a novel and a glass of wine, with my computer and phone out of reach. I try to do the same thing when I’m reading for work instead of pleasure, setting my devices aside so that I can read deeply and really think about things, but it’s always a struggle. And I don’t think that I’m alone.

I’m not suggesting something as simplistic as books good, Internet bad. There’s nothing inherently good about books as such – Das Kapital and Mein Kampf are both books with murderous consequences, and books that obviously did nothing to improve their readers’ critical thinking abilities.

But the capacity for deep reading and deep thinking is a valuable one, and one that is being tossed aside for no particular reason. As Fulford notes, “Universities report that students now avoid signing on for classes in 19th century literature. They realize they can no longer work through Dickens or George Eliot.”

In his classic The System of Freedom of Expression, Yale First Amendment scholar Thomas Emerson wrote:

Freedom of expression is an essential process for examining knowledge and discovering truth. An individual who seeks knowledge and truth must hear all sides of the question, consider all alternatives, test his judgment by exposing it to opposition, and make full use of different minds.

The kind of deep, wide ranging, multipolar community debate that Emerson envisioned as key to our system of freedom of expression is at odds with the surface skimming, tribal, catch phrase-based nature of social media.

It’s unfortunate that social media not only makes such debate more difficult on its platforms, but also, it seems, rewires people’s brains in such a fashion as to make such debate more difficult everywhere else. It is made worse by the fact that Twitter in particular seems to be most heavily used by the very people – pundits, political journalists, the intelligentsia – most vital to the sort of debate that Emerson saw as essential.

In fact, the corruption of the political/intellectual class by social media is particularly serious, since their descent into thoughtless polarization can then spread to the rest of the population, even that large part that doesn’t use social media itself, through traditional channels.

Twitter is also the most stripped down of the social media platforms, and thus the most illustrative of social media’s basic flaws. Just as sad people repetitively pulling the levers on gas station slot machines illustrate the essence of gambling without the distracting glamour of casinos and racetracks, so Twitter, without a focus on “friends” or photos, or other sidelines, displays raw online human political nature at its worst.

Social media is addictive by design. The companies involved put enormous amounts of thought and effort into making it that way, so that people will be glued to their screens. As much as they’re selling anything, they’re selling the “dopamine hit” that people experience when they get a “like” or a “share” or some other response to their action.

We’ve reached the point where there are not merely articles in places like Psychology Today and The Washington Post on dealing with “social media addiction,” but even scholarly papers in medical journals with titles like “The relationship between addictive use of social media and video games and symptoms of psychiatric disorders: A large scale cross sectional study.” One of the consulting companies in the business of making applications addictive is even named DopamineLabs, making no bones about what’s going on.

Nor is this addiction limited to young people. In fact, as a recent article in Wiredby Clive Thompson reported, the evidence is that older people – the middle aged Generation Xers in particular – are the most hooked.

It’s also a terrible way to learn empathy, as the emotional response to one’s behavior, normally displayed in things like facial expressions, body language, and tone of voice, is reduced to text and emojis. Perhaps this is one of the reasons for the shame mobs: To the mobs, their targets don’t really seem human. But while the shame mobs throw their stones in a sort of play, their victims’ lives and careers are ruined in earnest.

People are more likely to believe misinformation on social media because they tend to only read headlines that mesh with their preconceived ideas, and they tend to get and share those headlines from friends, family, or people they see as ideological allies. This makes them less critical and more willing to pass on things that on further thought they would probably recognize as bogus. In addition, of course, social media passes along only tiny niblets of information, allowing and even encouraging people to make assumptions about the background, assumptions that also tend to follow their preconceptions and prejudice.

It’s conditioning. Breaking such conditioning is precisely like breaking any substance abuse addiction. The first rule? The addict has to WANT to get clean. Therein lies the challenge to the critical thinking public. The last two generations of harried thumb typing individuals do not WANT to get clean and free from their addiction. As an addict they can’t see their addiction. They thrive inside it. That’s how the FAANG was meant to effect the public and they’ve done a great job of attaining that goal. These so sad, blind and deaf individuals are wrapped tightly inside their addiction. Just try… Read more »