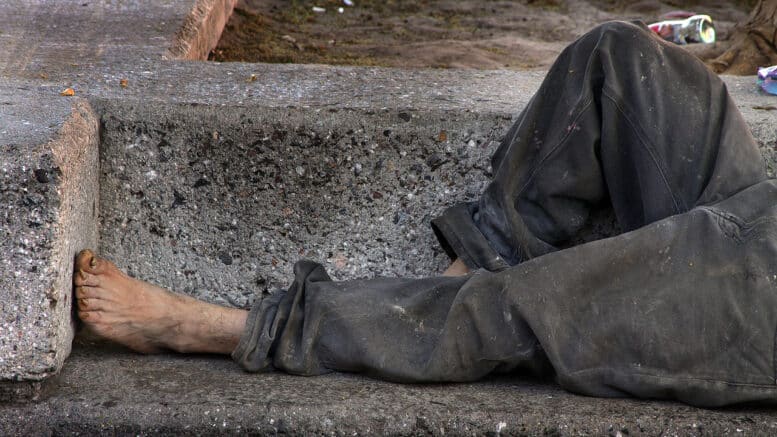 Please Share This Story!
PDF 📄
It is a well known and self-evident fact that poverty kills. Thus far, Technocrat policies relating to COVID have driven well over 8 million Americans into poverty since the pandemic was first declared.

In Q1 2031, as many as 17 million Americans will face household eviction because of failure to pay rent. The majority of these are in minority communities.

Just do the math to see what impact small businesses have on overall economic activity.

I have stated from the beginning of the COVID debacle that the objective was not to “save lives” but rather to destroy Capitalism and Free Enterprise, making way for Sustainable Development, aka Technocracy, to be established in its place. The harsh reality emerging from this economic carnage will see an order of magnitude more lives lost to factors other than coronavirus infection.

The U.S. poverty rate has surged over the past five months, with 7.8 million Americans falling into poverty, the latest indication of how deeply many are struggling after government aid dwindled.

While overall poverty levels are low by historical standards, the increase in poverty this year has been swift. It is the biggest jump in a single year since the government began tracking poverty 60 years ago. It is nearly double the next-largest rise, which occurred in 1979-1980 during the oil crisis, according to James X. Sullivan, a professor at Notre Dame, and Bruce D. Meyer, a professor at the University of Chicago’s Harris School of Public Policy.

Sullivan and Meyer created a Covid-19 Income and Poverty Dashboard to track how many Americans are falling below the poverty line during this deep recession. The federal poverty line is $26,200 for a family of four.

The economists say the sharp rise in poverty is occurring for two reasons: Millions of people cannot find jobs, and government aid for the unemployed has declined sharply since the summer. The average unemployment payment was more than $900 a week from late March through the end of July, but it fell to about $300 a week in August, making it harder for the unemployed to pay their bills.

“We’ve seen a continual rise in poverty every month since June,” said Sullivan.

My own income would limit what I could rent in California. Right now I am living in a senior center in Puerto Vallarta, Mexico. It will require most of my spendable income to stay here. I do not need to buy very much since food and even most medicines are included. Plus, the food is good. They also do cleaning of clothes and the room I am renting. I have a desk where I can put my computer and other things within the 4 drawers. I am okay for now. It is in the future I am a bit concerned.… Read more »

“Medical Tyranny Has Sent 8 Million Americans Into Poverty Since Summer 2020” And that’s just the beginning. Wait until the got vaccinated.