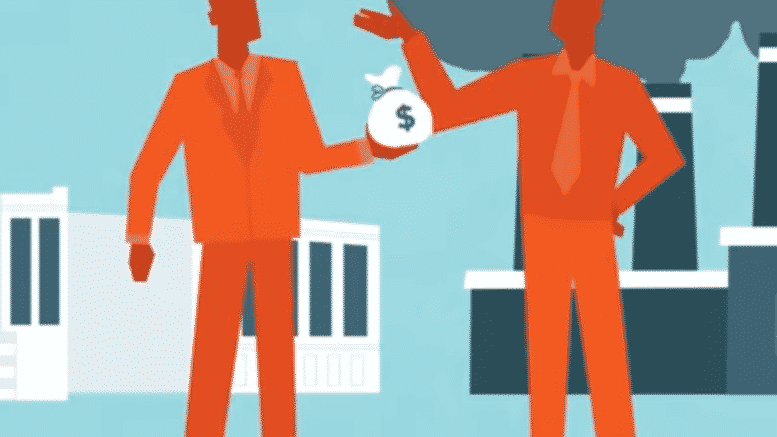 Please Share This Story!
PDF 📄
Famed economist, Dr. Laurence Kotlikoff, concludes that even a small carbon tax today will cause economic loss to at least two future generations, and possibly more. In short, carbon tax will do just the opposite of what climate alarmists claim. ⁃ TN Editor

One of the main themes of my writings on climate change at IER has been warning the public that the “consensus science” they are hearing from the media, pundits, and certain political figures is utterly divorced from the actual published literature, especially when it comes to the economic analysis of government policy. A new, cutting edge working paper from some big-name economists — including Laurence Kotlikoff and Jeffrey Sachs — confirms my point.

In this case, here is the shocking fact that their paper tries to grapple with: Even with a relatively modest carbon tax, the rise in energy prices is so painful that it swamps the benefits of slower climate change, and this is true for our kids and grandkids. It is only when we get to our great-grandchildren that humanity on net would start to actually benefit from even a modest carbon tax introduced today. So the next time you hear someone say, “We need to take vigorous action on the climate for future generations!” you can clarify, “Actually, your proposals would hurt the next two future generations. You want to hurt us, our kids, and our grandkids, in order to help our great-grandkids and beyond — who will all be fantastically rich compared to us, by the way.”

The Kotlikoff et al. paper is quite technical, so I’ll just summarize the take-away points for a lay audience. I will also spend time at the end of the article explaining what their proposed solution is, for this thorny problem. To avoid confusion, I want to be clear: The authors of this new paper are for a (modest) carbon tax. But they are warning that the current discussion, even among economists, tends to look at “what’s best for humanity from now until the end of time,” rather than checking to make sure each generation gains from a new climate policy. As we’ll see, Kotlikoff et al. suggest a massive fiscal transfer that allows present generations to run up a huge (additional) government debt that our descendants must then effectively pay back with higher taxes, in order to compensate their forebears for suffering through higher energy prices due to a carbon tax.

The point of my article isn’t to endorse the overall recommendation of Kotlikoff et al.; along with climate scientists at Cato, I’ve published a comprehensive critique of the usual economist’s case for a carbon tax. Rather, by shining a spotlight on the cutting edge in the development of the literature on carbon taxation, I want readers to see just how detached the actual discussion among experts is from the breezy claims about “we have 12 years left to save our children” that we hear from pundits and political officials.

How An “Optimal” Carbon Tax Can Punish Into the Third Generation

To set the stage for my interpretation, let’s first quote from the authors’ own description of their results. (Note, readers who don’t have access through the NBER link above can also see a version of the paper posted at Kotlikoff’s website.) The title of the paper is, “MAKING CARBON TAXATION A GENERATIONAL WIN WIN.” Here’s an excerpt from the Abstract:

Carbon taxation has been studied primarily in social planner or infinitely lived agent models, which trade off the welfare of future and current generations.Such frameworks obscure the potential for carbon taxation to produce a generational win-win. This paper develops a large-scale, dynamic 55-period, OLG [Overlapping Generations — rpm] model to calculate the carbon tax policy delivering the highest uniform welfare gain to all generations. The OLG framework, with its selfish generations, seems far more natural for studying climate damage. Our model features coal, oil, and gas, each extracted subject to increasing costs, a clean energy sector, technical and demographic change, and Nordhaus (2017)’s temperature/damage functions. Our model’s optimal uniform welfare increasing (UWI) carbon tax starts at $30 tax, rises annually at 1.5 percent and raises the welfare of all current and future generations by 0.73 percent on a consumption-equivalent basis. Sharing efficiency gains evenly requires, however, taxing future generations by as much as 8.1 percent and subsidizing early generations by as much as 1.2 percent of lifetime consumption. Without such redistribution (the Nordhaus “optimum”), the carbon tax constitutes a win-lose policy with current generations experiencing an up to 0.84 percent welfare loss and future generations experiencing an up to 7.54 percent welfare gain. [Kotlikoff et al., bold added.]

Although I realize this is difficult technical language for the layperson to parse, here’s what the authors are saying: If we take the “gold standard” (their term later on) in this literature and use Nordhaus’s 2017 model calibration, it will recommend an “optimal carbon tax” that correctly — according to standard economic theory and the best estimates from the climate science research — balances the tradeoff between reducing emissions and harming economic growth.

However — and this is a huge caveat — Nordhaus’s approach assumes there is a benevolent, overarching “social planner” who lumps all of humanity together, and only makes a technical allowance for a (modest) discount on the happiness of future generations in accordance with standard economic theory.

In practice, the authors point out, Nordhaus’s “optimal carbon tax” would actually mean that people living or born today and in the near future will be harmed on net by the policy, because they will suffer worse economic harm from higher energy prices, than they will be spared in climate change damages from reduced emissions. It’s only when we get several generations into the future, that Nordhaus’s “optimal carbon tax” actually starts making human beings better off, compared to the status quo.

This is a critical point for Americans to realize. They are constantly being hectored that if they “cared for their children” they would support a large carbon tax and other aggressive interventions. But we see that this isn’t true: If we even adopt a modest carbon tax — one that still allows 4 degrees Celsius warming (over twice the 1.5 degree currently touted by climate activists as the necessary target), according to the authors (p. 22)1 — then we are harming ourselves, our children, and our grandchildren, relative to the “do nothing” baseline. It’s only our great-grandchildren, who (on average) are going to be fantastically wealthy compared to us, who will actually start reaping net benefits from even this modest reduction in the path of emissions.