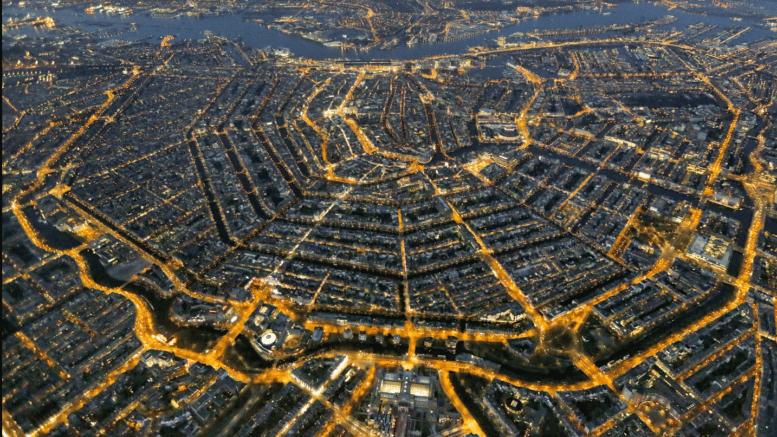 Please Share This Story!
PDF 📄
Sustainable Development, aka Technocracy, is anti-human and anti-civilization, but only a minuscule of people understand just how dangerous and pervasive this agenda really is. Yes, cricket protein powder has already been commercialized and will be increasingly seen in grocery store products.

Citizens will live in their little “smart apartments”, be surveilled 24×7 with no privacy whatsoever while barely nourishing themselves with protein drinks made out of pulverized cricket protein mixed with cockroach milk. 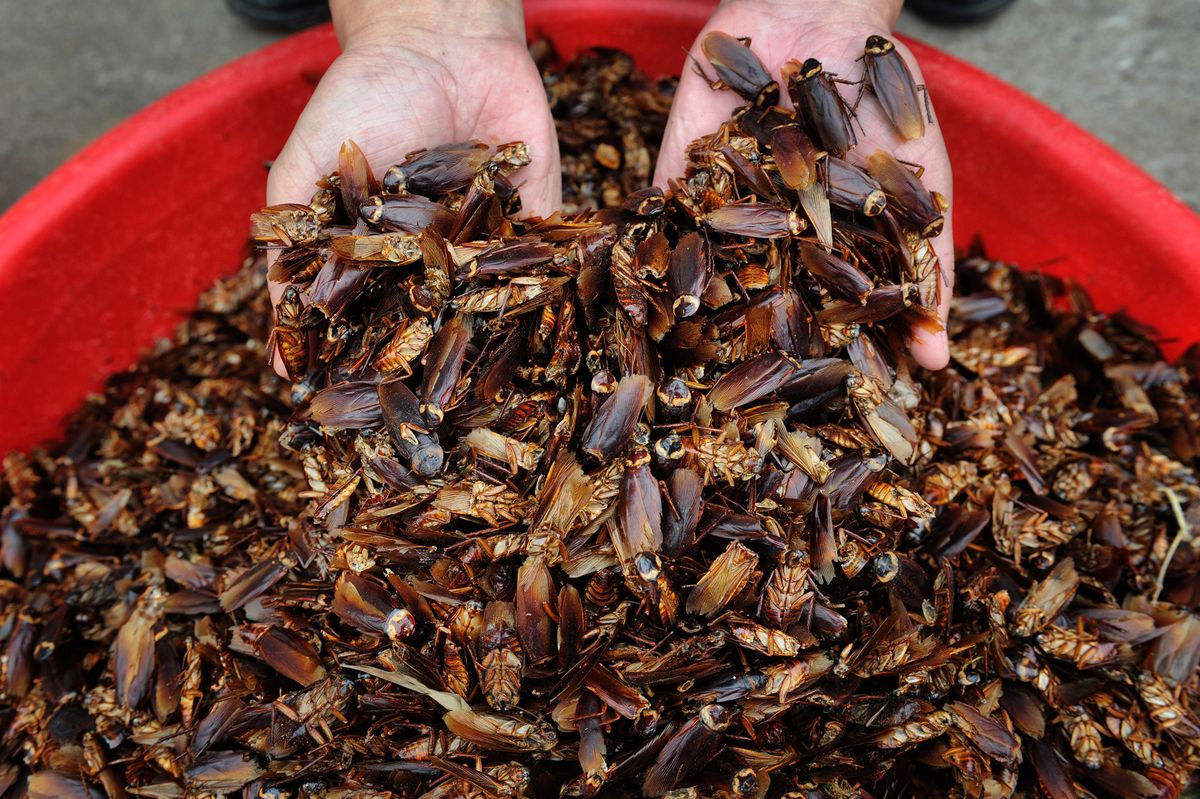 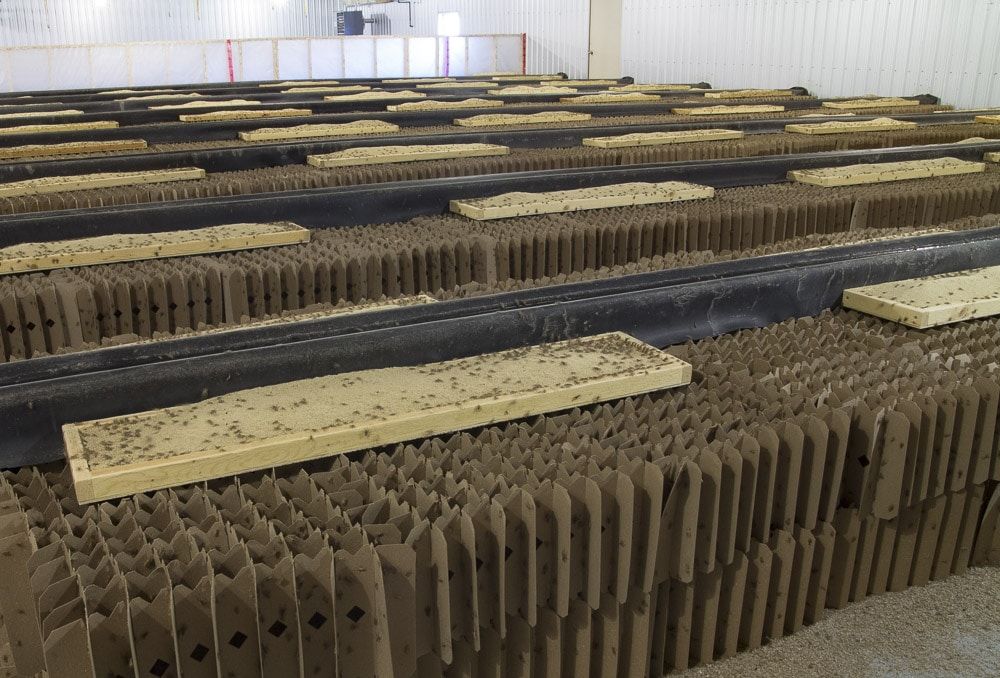 WE are at war in Europe. But not with Russia. The enemy does not have boots on the ground, tanks, machine guns or bombs; we cannot see it.

It is a devious, insidious many-headed hydra shaping our lives, aided by those who are meant to represent us.  A critical battle line has opened up against this amorphous enemy in the heart of Europe. In the Netherlands.

Brave Dutch farmers have mobilised their tractors, their slurry tankers and their bales of straw; they have taken to the streets to protest, as we first reported here and they have not let up.

After a tumultuous summer of protests by farmers over so called ‘pollution’ regulations – the Dutch government’s edict that will require farmers to curb their nitrogen emissions by up to 70 per cent in the next eight years – the Dutch agriculture minister, Henk Staghouwer, has resigned after only nine months in office telling reporters that he wasn’t the right person for the job. Indeed.

We would do well to pay attention. They are protesting on our behalf. They are taking on what’s been aptly described as ‘a corporatised “sustainability” agenda crafted by a billionaire-backed “green” elite with no popular constituency’.

Invisible institutions such as the World Economic Forum, the Bill and Melinda Gates Foundation, the Rockefeller Foundation, as well as a bevy of transnational corporations, are key ‘stakeholders’ in this closely-knit network. These are the unelected figures who are influencing government policy in supposedly sovereign states across the globe.

The Dutch government plans to spend 25billion euros expropriating 11,200 farms – allegedly to cut nitrogen emissions in half by 2030. This will mean the loss of 20 per cent of farms, while another 33 per cent will be forced to scale back and reduce livestock.

The madness of these cuts comes at a time of global food and fertiliser shortages, when Holland is the second-largest food exporter after the US. It now risks following Sri Lanka in becoming a major importer as opposed to an exporter of food.

As well as the timing, what makes Dutch farmers so suspicious is that the curb on nitrogen emissions falls disproportionately on farming, when industry and transport are also major polluters.  There is however a logic to this if the specific motive for this appropriation of their land and livelihood is the Tristatecity.

The Tristatecity is a ‘smart city’ project which began to emerge as a concept in 2015. It is the vision of Peter Savelberg, a Dutch consultant, to create a giant megalopolis from Holland through Belgium to the Ruhr in Germany, incorporating 30million to 45million people.

How in this carbon-conscious age could such a project have survived the eco piety of the environment zealots? It is hardly obvious how building skyscrapers and covering large areas in concrete can be more sustainable than farmland, but the project boasts that it supports all of the United Nations  sustainability goals.

Of course it does – on paper. It is also keen to promote agritech, centred on the region of Brabant, which includes vertical farming (eg hydroponics). It is possibly no coincidence that, according to the Financial Times, the Belgian government has also begun buying up farmland, allegedly to avoid the Dutch ‘crisis’. In other words, the Tristatecity is a classic World Economic Forum ‘fourth Industrial Revolution’ concept.

Peter Savelberg is backed by the Dutch employers’ organisation VNO-NCW, pension funds and property developers. They believe that Tristatecity, with its 45million inhabitants, would be able to better compete for investment and talent with other global megacities, particularly those in China. And so, inevitably, the Tristatecity needs Dutch farmland for housing.

Meanwhile, the inhabitants of the Tristatecity will presumably live on bugs – because there would be less farmland to produce food for them. Hence the need for vertical farming. There would be little other industry for them to work in, because the fossil fuels needed for industry to function are drying up.

Germany is already experiencing signs of de-industrialisation as Russian gas disappears and the dried-up Rhine ironically prevents the movement of coal. Zero carbon is becoming a reality.

Despite a growing pushback against the UN’s ‘sustainable development’ programme Agenda 2030, against WEF and the Great Reset, the Dutch government, among others spurred on perhaps by the recent UN High-Level Forum in which the Netherlands participated this summer, has resorted to using so-called ‘climate change’ and ‘nature protection’ virtue-signalling as the devious and specious excuse for acquiring the land needed to implement its goals.

It is noticeable that the marketing hype around Tristatecity itself has gone quiet (only a few hundred follow its Facebook page), and the project has felt the need to issue a public statement claiming that it has no connection with nitrogen reduction programmes.

Here in the UK, we may have avoided the fate of the Dutch farmers for the time being, although our government’s financial incentive for farmers to leave their farms was on offer up till August 11. There is still a need for vigilance.

While Welsh schools are encouraging children to eat bugs, France has become the innovation nation for insect production and hosts the world’s largest insect farms.

We are still under attack from the many-headed hydra in other ways.  Gaslighting takes many forms. One recent example was the granting of the top prize at the Chelsea Flower Show to a garden whose central feature was beaver-chewed wood and not flowers – as though untouched nature trumped cultivation and creation.

In June, we only narrowly missed the loss of 700,000 acres of farmland when the budget for ‘landscape recovery’ (aka ‘rewilding’) was slashed from £800million to £50million.

This war is not over and we should support our European allies as we did in the Second World War.

Recommended viewing is Jordan Peterson’s apocalyptic warning on what ‘sustainability’ really means and Michael Yon’s programme from July, when he was embedded with the Dutch farmers.

Their fight is our fight. ‘Useless eaters’ unite. Pitchforks at the ready.

Saving de Holy Climate should be worse it, um, ya. 🙂

It is theft and nothing more. These psychopaths care nothing about the planet or “sustainability” that is just rubbish to brainwash the stupid public into accepting this humiliation. All these dirtbags want is total power and control over humanity and total ownership of resources…..for themselves. They will eat lobster and steak while you will eat filthy bugs. What will it take for people to wake the eff up?

Nothing will wake them up.

Best to derop anyone from your contacts/friends who are not informed. No time now for dimwits (incl relatives ex: cousins, neices, etc). Those that will stand up and protect family and community are ones to associate with.

Nothing will wake them up. They are lulled to sleep by a media that is full on part of the equation. Prepare yourself for doomsday. Prepare your family a d fuck the plebs