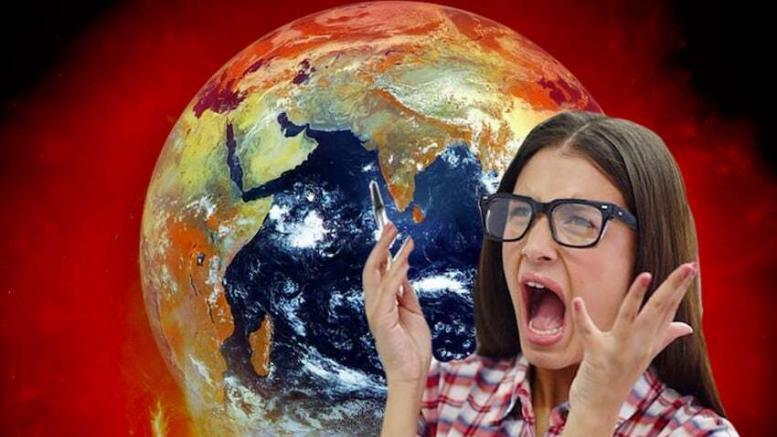 Please Share This Story!
PDF 📄
Technocrats who engineered the COVID panic of 2020 took copious notes to discover how the same public manipulation might work for global warming and the war on carbon. Technocracy was originally defined as the “Science of Social Engineering”, and they have lived up to it ever since. Brainwashing under any other name is still brainwashing. ⁃ TN Editor

An opinion piece published by the World Economic Forum lauds how “billions” of people complied with “restrictions” imposed as a result of lockdown, suggesting they would do the same under the guise of reducing carbon emissions.

The article is titled ‘My Carbon’: An approach for inclusive and sustainable cities’ and was written by Mridul Kaushik, Mission Director, Smart Cities Mission, Ministry of Housing and Urban Affairs of India.

The subject of the piece is how to convince people to adopt “personal carbon allowance programs” given that such schemes have so far been largely unsuccessful.

However, Kaushik notes that improvements in tracking and surveillance technology are helping to overcome “political resistance” against such programs.

Writing that “COVID-19 was the test of social responsibility,” Kaushik commends how, “A huge number of unimaginable restrictions for public health were adopted by billions of citizens across the world.”

“There were numerous examples globally of maintaining social distancing, wearing masks, mass vaccinations and acceptance of contact-tracing applications for public health, which demonstrated the core of individual social responsibility,” he adds.

In citing how so many people complied with lockdown mandates, despite overwhelming evidence of the harmful consequences such restrictions had on society, Kaushik implies that they’d behave in a similarly obsequious manner in other areas of life.

Such conformity would be encouraged via technology, including artificial intelligence, digitization and “smart home” devices, argues Kaushik.

The article goes on to call for a social-credit style carbon emissions rationing scheme that would provide “individual advisories on lower carbon and ethical choices for consumption of product and services.”

We previously documented how technocrats are preparing “mandatory” personal carbon allowances that would introduce rationing into every area of your life via an app that would record your travel, heating expenses and even the food you eat.

Reasons why I do my very best not to comply with ANY of this; vaccines, masks, reduction of energy use etcetera. 1. Those trying to impose the rules live profligate lives and make no attempt to follow their own advice. 2. Climate change is a scam – I’ve followed it for years and done my homework. There is no evidence that any of the criteria they use has any validity. Absolutely none of their predictions have proven true. 3. Many of us are well aware that much of this is a Trojan Horse for imposing the Great Reset. 4. Vaccines… Read more »

WEF: Lessons Learned In COVID Lockdowns Will Be Applied To Carbon – David Icke

WEF: Lessons Learned In COVID Lockdowns Will Be Applied To Carbon - All View News

[…] ​​WEF: Lessons Learned In COVID Lockdowns Will Be Applied To Carbon […]