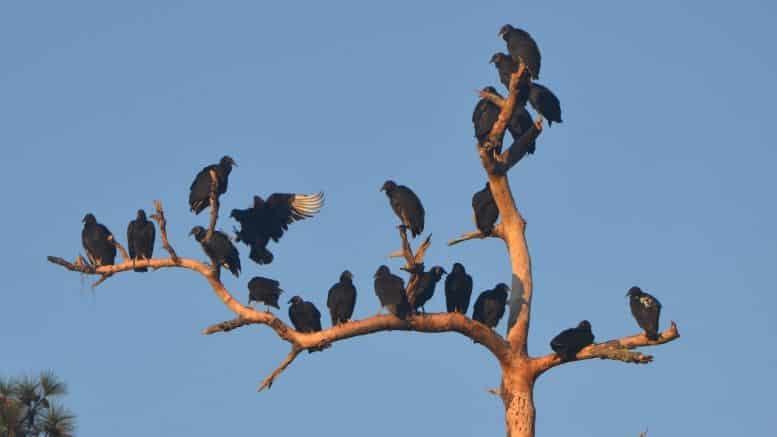 Please Share This Story!
PDF 📄
While COVID-19 is treated as an accidental blessing to the environment, it should be underscored that the UN’s Agenda 21/2030 Agenda has always called for economic activity to be scaled back to around the 1850 level and here we are in 2020 doing just that. This is not accidental. ⁃ TN Editor

Spring is a bloody season on American roads. Yearling black bears blunder over the asphalt in search of their own territories. In the West, herds of deer, elk, and pronghorn scamper across highways as they migrate from winter pastures to summer redoubts. A smaller-scale but no less epic journey transpires in the Northeast, where wood frogs, spotted salamanders, and eastern newts emerge from their winter hideaways and trek to ephemeral breeding pools on damp March nights, braving an unforgiving gantlet of cars along the way.

Among all creatures, it’s these amphibians—tiny, sluggish, determined—that are most vulnerable to roadkill. This year, though, their journey was considerably safer.

Greg LeClair, a graduate student at the University of Maine, leads The Big Night, a citizen science initiative in Maine through which volunteers tally up migrating frogs and salamanders and escort them across roads. This spring, he assumed that coronavirus concerns would shut down the project; instead, he rallied more participants than ever. “I think people were just home and had nothing else to do,” he told me. All of those volunteers found an amphibious bonanza. In previous years, LeClair said, the project’s participants counted just two live animals for every squashed one. This spring, they found about four survivors per victim. “The ratio of living animals to dead doubled,” LeClair marveled.

Maine’s amphibians are just one of the collateral beneficiaries of the novel coronavirus, which has ground civilization to a halt. Travel bans have confined many of us to our couches; post-apocalyptic photos of empty freeways have circulated on social media. With Homo sapiens sidelined, wildlife has tiptoed forth. Lions basked on a road in Kruger National Park, normally crowded with tourists. Wild boars rooted in Barcelona’s medians. Roadkill surveyors in places as far apart as Santa Barbara and South Africa told me they’ve seen fewer carcasses this year than ever before. In Costa Rica, where Daniela Araya Gamboa has conducted years of roadkill studies aimed at reducing the harm of cars, highways have become less perilous for ocelots, cryptic wildcats bejeweled with black spots. In the more than three months since the pandemic began, Araya recently told me, her project had logged only one slain ocelot. “We have an average of two ocelot roadkills each month during normal times,” she added.

The human cost of COVID-19 has, of course, been so incomprehensibly tragic that acknowledging the virus’s silver linings—the cleaner air, the forestalled carbon emissions—can feel ghoulish. But there’s no denying that the abrupt diminishment of human travel, a phenomenon scientists recently dubbed the “Anthropause,” has generated profound conservation benefits. Mounting evidence suggests that we’re in the midst of an unprecedented roadkill reprieve, a stay of execution for untold millions of wild creatures. “This is the biggest conservation action that we’ve taken, possibly ever, certainly since the national parks were formed,” Fraser Shilling, co-director of the Road Ecology Center at UC Davis, told me. “There’s not a single other action that has saved that many animals.”

Hmmm Technocracy news not telling the full story. LIes Not True, They do the Geo-Engineering (mostly in Fall and Winter) and the Patent over our real sun pretending to be Clean and Green, it´s NOT it Sprays AL oxide out of the Glaring Bright Mirror in Calif and other areas. It´s supposedly regional, but may be worldwide. I´ve seen it in some photos. The skies always clear & beautiful in Feb, March and April the rains and in summer there´s less Geo-Engineering, but here in the sky (July ´20) there is Silver White Haze spraying from the Solarenspace .com patent… Read more »