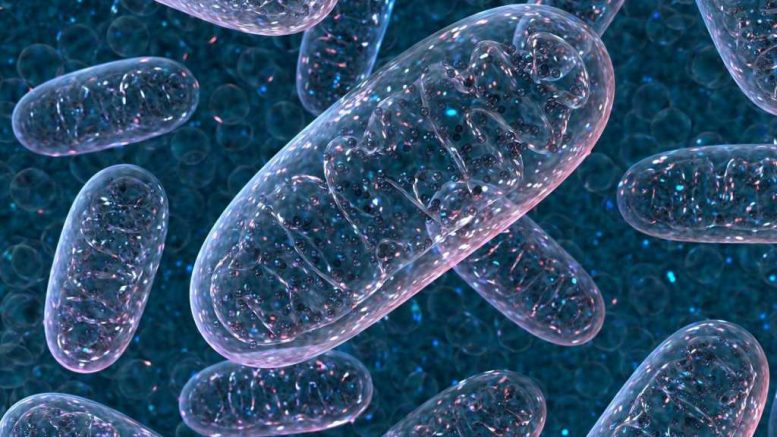 Editing mitochondria inside every human cell has been the holy grail and last frontier of gene editing. This has been accomplished and opens up a new field for geneticists. Transhumans will find this discovery particularly exciting. ⁃ TN Editor

Biologist David Liu was in the middle of his morning commute to the Broad Institute two summers ago when he opened the email. We just discovered a new toxin made by bacteria, explained the note from a researcher Liu had never spoken to, and it “might be useful for something you guys do.”

Intrigued, Liu phoned the sender, biologist Joseph Mougous of the University of Washington, and it quickly became clear that the bacterial toxin had a talent that was indeed useful for what Liu does: invent ways to edit genes. On Wednesday, they and their colleagues reported in Nature that they had turned the toxin into the world’s first editor of genes in cell organelles called mitochondria.

If all goes well, the discovery could provide a way to study and, one day, cure a long list of rare but devastating inherited diseases resulting from genetic mutations in the cell’s power plant.

“We’ve been looking for a technology like this for a very long time,” said biologist Fyodor Urnov of the University of California’s Innovative Genomics Institute, who reviewed the paper for Nature. “We’ve been able to make point mutations” — changing a single letter of DNA — “in human nuclear DNA for 15 years, but mitochondria have resisted that furiously, much to the great frustration of everybody. With this technology, mitochondrial research will enter a golden age.”

The hundreds of capsule-shaped mitochondria inside every cell turn oxygen and nutrients into the chemical energy that powers a cell’s metabolism. Mitochondria also metabolize cholesterol and synthesize hormones and neurotransmitters. If one of their 37 genes is aberrant, mitochondria can’t perform, resulting in any of hundreds of mitochondrial diseases. The most devastating, including “mitochondrial DNA depletion syndrome” (MDDS), destroy children’s muscles and brains, and eventually take their lives.

The genome editing revolution has largely passed mitochondria by. CRISPR doesn’t work: The guide RNA it uses like a bloodhound to find its target within a genome can’t penetrate mitochondrial walls. Earlier editors, such as TALENs, can eliminate mutations in mitochondria in cells growing in lab dishes, but only by destroying the DNA. Nothing couldnfix mutations by changing one DNA letter into another, such as a C to a T or a G to an A.

“Mitochondria,” said Liu, “are one of the last bastions of DNA that has resisted precision genome editing.”

Mougous’ email suggested a way around that resistance. He studies the chemical warfare that bacteria wage against other bacteria. The chemical weapon he’d just discovered, secreted by Burkholderia cenocepacia bacteria, is an enzyme that infiltrates an enemy bacterium and kills with lethal simplicity: It causes single-letter genetic mutations in a bacterium’s double-stranded DNA. At every targeted spot, it leaves the bacterial DNA in tatters. The bacterium dies. Mission accomplished.

Mougous, like Liu a Howard Hughes Medical Institute investigator, knew Liu had invented a breakthrough form of CRISPR, one that changes only a single DNA letter, and does so without cutting the double helix, which can lead to genomic havoc. Called “base editing,” this technology has already spawned one biotech and is marching toward human studies.

His novel bacterial toxin, Mougous thought, sure looked like a base editor; it changes the nucleotide pair CG into a TA. And it doesn’t require a guide RNA (the chaperone that can’t penetrate mitochondria).