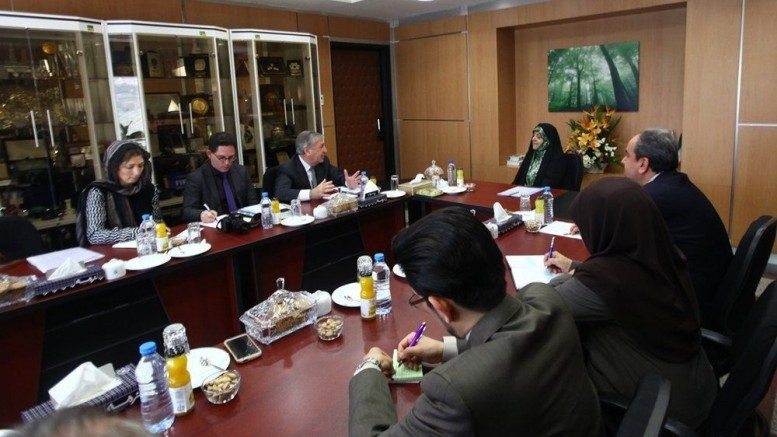 Please Share This Story!
PDF 📄
TN Note: The Islamic world is rapidly being integrated into the United Nations’ Green Economy model of Sustainable Development, and it is being embraced with eager enthusiasm. The fact that the European Commission is the instigator here only demonstrates the very close association between the EU and the United Nations. Inclusion of the Islamic world means that every society on planet earth is bought into Sustainable Development (aka Technocracy) economic model. This is what the Trilateral Commission originally envisioned as their “New International Economic Order.”

Emphasizing the need for interaction between environment and economy as a means of sustainable growth and development, Vella said that “European Commission has some strategies and plans in line with green economy which can be transferred to Iran.”

He made the remarks in a meeting in Tehran with the head of Iran’s Department of Environment Masoumeh Ebtekar.

During the meeting, the European official explained that the post-sanctions era in Iran has set the scene for broadening the scopes of multilateral environmental cooperation in various areas such as preserved areas management, biodiversity protection, waste management, as well as air, water, and soil pollution.

“Our policy is to develop and implement environmental projects and plans worldwide regardless of geographical and political boundaries,” the commissioner highlighted.

Ebtekar, for her part, said that “Iran is willing to establish liaison with the world in the field of green economy and moving towards sustainable development.”

Moreover, she lamented that Iran and some parts of Asia, Africa, and Europe are affected by dust storms which have undesirable and harmful effects on the economy, health, and environment.

Ebtekar called for adoption of effective and practical measures to globally unite to fight this phenomenon.

She stressed the significant role of international finance for supporting NGOs and private sector’s environmental projects.