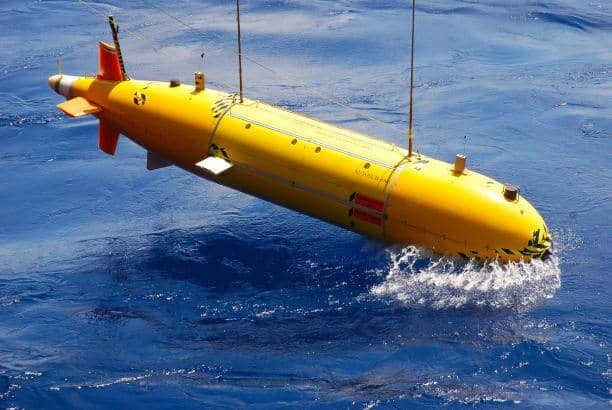 Please Share This Story!
PDF 📄
TN Note: The arms race is taking off, and the U.S. is the first to launch sub drones to counter China’s influence in the South China Sea. Meanwhile, the Pentagon announced that Russia is building nuclear-armed drone submarines. Technocrats build things because they can be built; what governments do with what they build is not their particular problem.

As it watches China build up its presence in the South China Sea, one reclaimed island at a time, the US military is betting on a new technology to help retain its edge — submarine drones.

During the past six months, the Pentagon has started to talk publicly about a once-secret program to develop unmanned undersea vehicles, the term given to the drone subs that are becoming part of its plan to deter China from trying to dominate the region.

Ashton Carter, US defense secretary, made special mention of drone subs in a speech about military strategy in Asia and hinted at their potential use in the South China Sea, which has large areas of shallower water.

The Pentagon’s investment in subs “includes new undersea drones in multiple sizes and diverse payloads that can, importantly, operate in shallow water, where manned submarines cannot”, said Mr Carter, who visited a US warship in the South China Sea on Friday.

By lifting the veil on new technologies such as drone subs, some of which it hopes will be operational by the end of the decade, the Pentagon is trying to deter potential rivals such as China and Russia by pointing to its continuing military superiority. The drones are part of a push by the US military into robotics as it tries to keep one step ahead.

“The idea is that if we were ever to get into a bust-up in the South China Sea, the Chinese would not know for sure what sort of capabilities the US might have,” says Shawn Brimley, a former White House and Pentagon official now at the Center for a New American Security. “This might have some deterrent impact on the potential for provocative behavior.”

Mr Carter’s trip to the USS Stennis on Friday was part of a visit to the Philippines aimed at expanding military co-operation between the two countries that is partly aimed at checking China’s growing influence. The Philippines, which will now host US fighter jets, is one of the countries that has contested claims with China for some of the land features and islands in the South China Sea.

The stupid Filipinos kicked us out of their country now they cry China is stealing their lands.