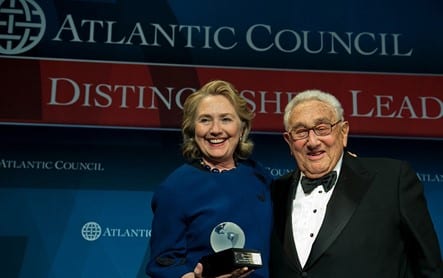 The Atlantic Council has been a Trilateral Commission dominated think-tank since 1973. Its current board of directors is still riddled with members of the Commission, including Brent Scowcroft (Chairman Emeritus), Henry Kissinger, Paula Dobriansky and Joseph Nye. Facebooks alignment with the Council is right in line with the Trilateral Commission’s goal of implementing Technocracy throughout the world. ⁃ TN Editor

Facebook has partnered with the Atlantic Council, whosemembers include arch-globalists like Henry Kissinger and Dina Powell, to “protect free and fair elections around the world.”

Facebook announced earlier today that the Atlantic Council will provide it with “real-time insights and updates on emerging threats and disinformation campaigns from around the world.”

In other words, Facebook will trust a globalist think-tank to distinguish “disinformation” from the spin and sloganeering that characterize virtually all democratic elections.

Facebook says it will also rely on monitoring teams from the Atlantic Council during elections:

Facebook will also use the Atlantic Council’s Digital Research Unit Monitoring Missions during elections and other highly sensitive moments. This will allow us to focus on a particular geographic area — monitoring for misinformation and foreign interference and also working to help educate citizens as well as civil society.

The thought that a globalist think tank might be biased against certain politicians around the world, and that this might affect their opinion of what counts as “misinformation,” does not seem to have occurred to Facebook.

To cite just one example, the Atlantic Council has branded Hungary’s anti-globalist Prime Minister, Viktor Orbán, as a “far-right autocrat” who runs a “quasi-authoritarian regime that bears little semblance to the democracy that allowed its accession to the EU and NATO”.

The Council described Orbán’s recent landslide victory in the Hungarian elections as a “rallying cry for action” for “western democracies” to “protect and defend … democratic values.”