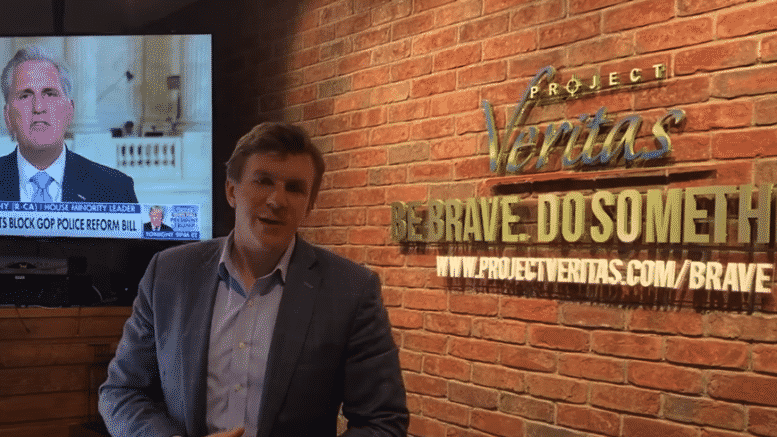 Another whistleblower at Facebook has revealed that its culture and policies are lined up to throw elections in the direction they choose, throwing all non-leftists out of the political process. At a very minimum, this is Sedition. ⁃ TN Editor

Another report demonstrating rampant censorship of conservative content by Facebook content moderators and an interview with the latest insider who experienced it firsthand was released today, by the non-profit media company, Project Veritas.

“I was seeing them interfering on a global level in elections. I saw a blatant exception that just targeted conservatives or favored liberals—and you know, we’re deleting on average 300 posts or actioning 300 posts a day,” said Arizona-based Facebook content moderator Ryan Hartwig. “If you magnify that by however many content moderators there are on a global scale, that’s a lot of stuff that’s getting taken down,” he said.

Hartwig was employed by Cognizant the same third-party company reported earlier this week to have contracted with Facebook to conduct content moderation. Cognizant content moderators are called “process executives” and they use Facebook’s review queue to adjudicate whether a post or comment should be allowed, taken down or escalated to a supervisor.

Hartwig wore a hidden camera to document reviewing of content and office interactions. In an interview with Project Veritas CEO James O’Keefe, Hartwig said although he signed a confidentiality agreement, he could no longer ignore the suppression of Facebook content supporting President Donald Trump, Republican causes or the conservative agenda with a massive exception to the company’s public position on protecting political speech across the platform.

“That was the tipping point. knowing about what I knew about how they were giving exceptions for the policy, I knew that it was likely that it was happening elsewhere on a global scale,” he said. “Just seeing such blatant bias from Facebook really bothered me.”

O’Keefe said Hartwig exemplifies the heroic virtues of Project Veritas’ “Be Brave. Do Something.” campaign.

One of the moderators Hartwig recorded was Israel Amparan, who he said typifies the worldview of most of the content moderators he encountered.

“Trump supporters are f*cking crazy *ss *ssholes, that every other f*cking word out of their mouth is you know ‘Come take it,’ ‘Seal the border,’” said Amparan. “Come take it” refers to the “Come and Take It” slogan Texan colonists put on their flag after the Mexican government demanded they turn in their cannon.

Amparan said he targeted content by Trump supporters because it scared him.

“I hate government as much as the next f*cking person, but you’re not gonna catch me riding over the f*cking. It’s like impeachment. It’s like a PRAW. Trump called it a f*cking coup–and it’s like that should scare you more than anything.” A PRAW, or Python Reddit API Wrapper, is a Reddit program to allow user to more quickly and easily post on Facebook.

Hartwig also videotaped Steve Grimmett, who is a team lead at Facebook-Cognizant’s content review—and who said Trump supporters are in the same speech category as Hitler, under the Facebook policy on Dangerous Individuals and Organizations.

“One of my projects before now was, was hate,” Grimmett said. “I’ve spent quite a bit of time looking at pictures of hate organizations, Hitler, Nazis, MAGA, you know, Proud Boys, all that stuff all day long.” MAGA is the acronym for Trump’s 2016 slogan: Make America Great Again.

Facebook CEO Mark Zuckerberg testified before Congress the only speech Facebook targets for deletion is speech advocating hate, violence and terrorism, but not political speech.

One example was when Facebook-Cognizant policy and training manager Shawn Browder told all the content moderators in Hartwig’s section for the 2018 Pride Month hate speech would be allowed to stay up if it was in support of the LGBTQ agenda.

Hartwig said Browder told the moderators to implement the special policy, which in the case of Pride Month allowed attacks on a single group of people, quoting Browder: “Hey, we’re making the exceptions for our policy to favor the, LGBT community.”