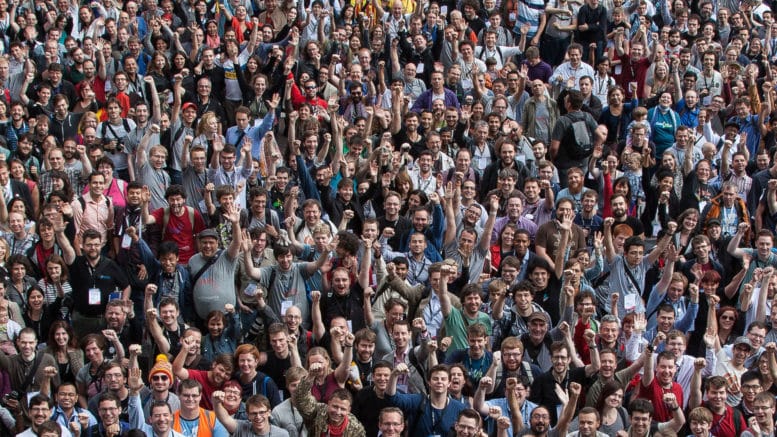 This is only a patent application at this point, but the fact that Facebook is  even thinking about this is creepy. The existing “suggested friends” feature already sifts through your contact file, phone numbers,  other social media relationships, friends of friends, etc. ⁃ TN Editor

Facebook has invented a creepy system that suggests new friends based on who you’ve stood near to.

The social network could use the feature to match you up with people on the train, in your office or at a nightclub – even after you’ve left.

It was revealed in a patent won by Facebook in the USA, and spotted by The Mirror.

The feature works by using existing technology inside your smartphone.

This includes common features like Bluetooth, or Near Field Communication (NFC) – the tech that powers contactless Apple Pay or Android Pay payments.

It could also measure signal strength, allowing Facebook to pinpoint exactly how close you are to another person.

The application reads: “Under conventional approaches, a first user who desires to connect with a second user usually knows the second user’s name, contact information, or at least has some level of mutual connection with the second user.”

Facebook says that if a user forgets to obtain another person’s contact info then it “can be challenging or inefficient” to find that person on the app later.

“During their meeting, the first user and the second user forgot to obtain each other’s full names and contact information,” Facebook explained.

“Furthermore, the first user and second user do not have any mutual connections that are readily recognisable or apparent to each other.

“Thus, the opportunity for the first and second users to connect can be lost.”

Facebook added: “These and other similar concerns can reduce the overall user experience.”

Facebook compares this to normal ways of finding friends – as if that makes it any less creepy.

“For example, a user can use his or her laptop computer to search for and find a childhood friend via the social networking service.”