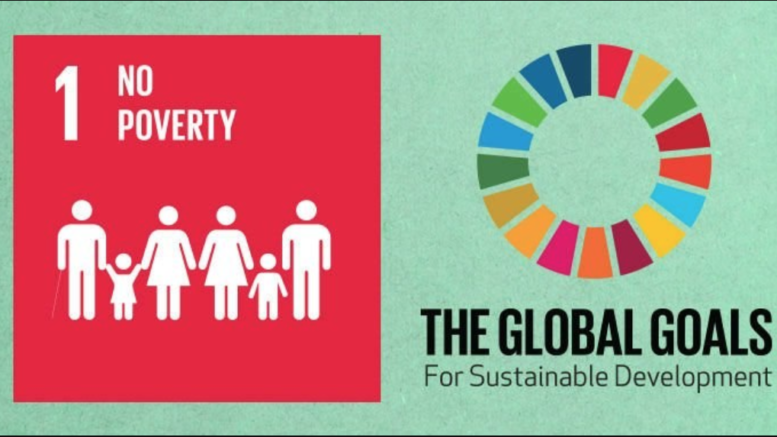 The United Nations’ #1 goal to “End poverty in all its forms everywhere” is on the rocks as COVID-19 has shut down the global economy. As many as 500 million more people will sink into abject poverty and the UN can thank its own agency, the WHO, for the setback. ⁃ TN Editor

The economic fallout from the coronavirus pandemic could push half a billion more people into poverty unless urgent action is taken to give real support to developing countries, said Oxfam today. The agency is calling on world leaders to agree an ‘Economic Rescue Package for All’ to keep poor countries and poor communities afloat, ahead of key meetings of the World Bank, International Monetary Fund (IMF) and G20 Finance Ministers’ next week.

Oxfam’s new report ‘Dignity Not Destitution’ presents fresh analysis which suggests between six and eight per cent of the global population could be forced into poverty as governments shut down entire economies to manage the spread of the virus. This could set back the fight against poverty by a decade, and as much as 30 years in some regions such as sub-Saharan Africa and the Middle East and North Africa. Over half the global population could be living in poverty in the aftermath of the pandemic.

The analysis, published today, was conducted at Oxfam’s suggestion by researchers at King’s College London and the Australian National University.

An ‘Emergency Rescue Package for All’ would enable poor countries to support their people through actions such as cash grants to those who have lost their income, and could be paid for through a variety of measures, including the immediate cancellation of USD$1 trillion of developing country debt payments in 2020.

Rachael Le Mesurier, Executive Director of Oxfam New Zealand said: “Families across the world and here in New Zealand are feeling stressed and scared. What this coronavirus pandemic shows is how poverty and crisis compound each other. When you’re living in a refugee camp or squatter settlement in a poor country, you live hand-to-mouth. Your government can’t afford to provide social protection measures so when you lose your job, you’re on your own.

“This is the reality for many people across the world and in our neighbourhood. For example, almost half of Vanuatu’s economy is reliant on tourism and hospitality, which has now been obliterated by border restrictions to stop the coronavírus – many people have lost jobs.

“On top of this, now, thousands of people are crammed into evacuation centres following Category 5 tropical cyclone Harold. Houses have been flattened and livelihoods destroyed. With the economic slowdown from the coronavirus and now this, they’re facing twin disasters, and the risk that if coronavírus was in the country, it would spread like wildfire with people sheltering in close confines and water cut off in affected places.”

“The devastating economic fallout of the pandemic is being felt across the globe. But for poor people in poor countries who are already struggling to survive there are almost no safety nets to stop them falling into poverty.”

Many wealthy nations have introduced multi-billion-dollar economic stimulus packages to support business and workers, but most developing nations lack the financial firepower to follow suit. The UN estimates that nearly half of all jobs in Africa could be lost. Micah Olywangu, a taxi driver and father of three from Nairobi, Kenya, who has not had a fare since the lockdown closed the airport, bars and restaurants, told Oxfam that “this virus will starve us before it makes us sick.”

“Governments must learn the lessons of the 2008 financial crisis where bailouts for banks and corporations were paid for by ordinary people as jobs were lost, wages flatlined and essential services such as healthcare cut to the bone. Economic stimulus packages must support ordinary workers and small businesses, and bail outs for big corporations must be conditional on action to build fairer, more sustainable economies,” added Veraa.