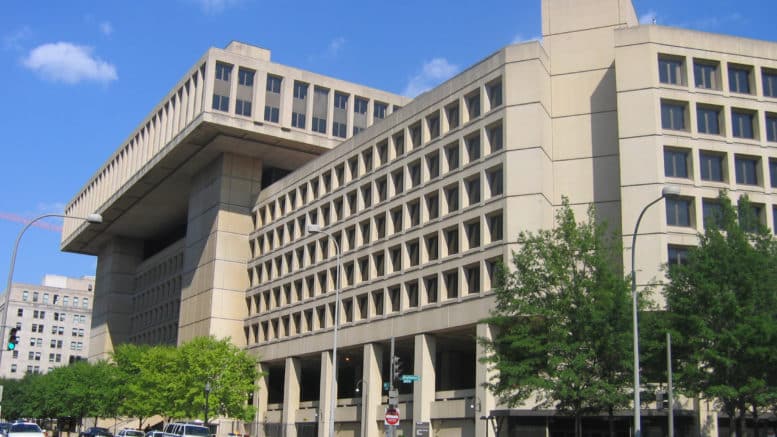 Please Share This Story!
PDF 📄
The Biden administration has virtually suspended the First Amendment by colluding with media giants to spy on Americans who are considered political enemies. This is a continuation of other discoveries of multiple government agencies and officials working with Facebook and other platforms to censor speech. ⁃ TN Editor

According to Department of Justice sources, Facebook has been spying on the private messages and data of Americans who questioned the 2020 election results and reporting them to the FBI.

Since the election, Facebook has worked in conjunction with the FBI to report on “subversive” private messages, sending them to the FBI’s domestic terrorism operational unit, supposedly in redacted form, a direct violation of Americans’ First and Fourth Amendment rights.

“It was done outside the legal process and without probable cause,” one of the sources told the New York Post. “Facebook provides the FBI with private conversations which are protected by the First Amendment without any subpoena.”

According to the Post, “These private messages then have been farmed out as ‘leads’ to FBI field offices around the country, which subsequently requested subpoenas from the partner US Attorney’s Office in their district to officially obtain the private conversations that Facebook already had shown them.”

However, when FBI agents in local field offices investigated the targeted Facebook users, they found nothing criminal or violent.

“It was a waste of our time,” one source said.

Everyone targeted by Facebook and reported to the FBI were “conservative right-wing individuals.”

“They were gun-toting, red-blooded Americans [who were] angry after the election and shooting off their mouths and talking about staging protests. There was nothing criminal, nothing about violence or massacring or assassinating anyone,” the source explained. “As soon as a subpoena was requested, within an hour, Facebook sent back gigabytes of data and photos. It was ready to go. They were just waiting for that legal process so they could send it.”

“These claims are false because they reflect a misunderstanding of how our systems protect people from harm and how we engage with law enforcement,” Erica Sackin, a Meta spokeswoman, claimed. “We carefully scrutinize all government requests for user information to make sure they’re legally valid and narrowly tailored and we often push back. We respond to legal requests for information in accordance with applicable law and our terms and we provide notice to users whenever permitted.”

But, an hour later, she added another statement, contradicting the first one.

“These claims are just wrong. The suggestion we seek out peoples’ private messages for anti-government language or questions about the validity of past elections and then proactively supply those to the FBI is plainly inaccurate and there is zero evidence to support it.”

According to the Post, Sackin is “a DC-based crisis response expert who previously worked for Planned Parenthood and ‘Obama for America’ and now leads Facebook’s communications on ‘counterterrorism and dangerous organizations and individuals.’”

The FBI neither confirmed nor denied the allegations.

And remember when we were shocked by Nixon’s Enemies List? Now it’s over half the country. Oh, they’d like to us to think it’s a splinter, right wing extremist movement, but it’s actually the (all too silent) majority of Americans. Through fraud and force, a cabal of communists have commandeered control of this country.

[…] Read More: FBI And Facebook Colluded To Spy On Americans  […]

I got suspended for one week from FB for quoting something Trump said during that time. It was a suspension over absolutely nothing.