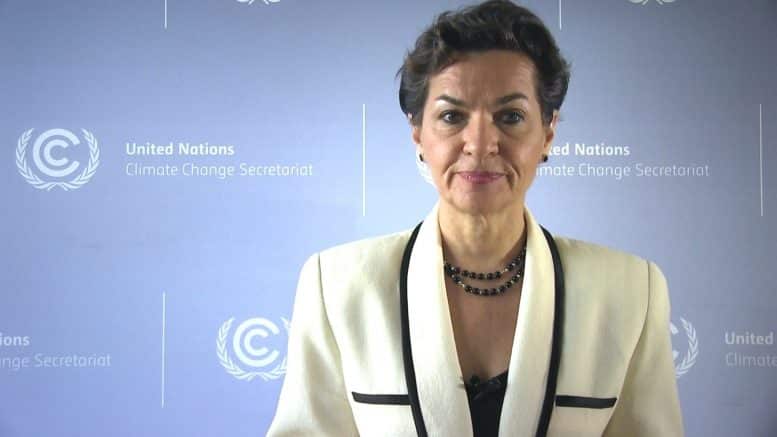 Christiana Figueres is a prime mover in global warming mitigation and investment in the Green Economy. She is also the former UN official who pledged to overthrow Capitalism and Free Enterprise with Sustainable Development, aka Technocracy. ⁃ TN Editor

Next week, the first major United Nations gathering on climate change since U.S. President Donald Trump withdrew from the Paris climate accord will take place in Bonn, Germany. Despite the White House decision, climate action is continuing around the world as other nations keep to their pledges and sub-national entities double theirs. Progress toward decarbonization is being driven by the real economy, which is decisively turning away from fossil fuels.

A clear example of this can be found here in Vietnam, where leaders of the Asia Pacific will soon meet at the APEC summit in Danang. We used to think of Vietnam as a country that would continue to burn coal for decades. That is no longer the case. The political leadership in this country understands that coal is yesterday’s fuel — it is dirty, severely detrimental to public health and becoming more expensive than solar and wind power. Like other countries in the region, including China and India, Vietnam is on the cusp of a clean energy revolution.

Meanwhile, the White House also intends to repeal the Clean Power Plan and a few other measures that are key to meeting the Paris pledge. I am often asked about the impact of Washington’s stance on climate change. My response is that a White House withdrawal from implementing the Paris accord does not mean a U.S. withdrawal.

In fact, the White House declaration has only accelerated the determination of many American stakeholders to reach their climate goals. What we are seeing in the U.S. itself is quite a dramatic reaction in the other direction. By my last count, nine states, hundreds of cities and over 1,700 corporations in the U.S. have declared they will continue to implement policies and practices aimed at decarbonization consistent with the commitments of the Paris accord. They are saying, “We are still in” and moving forward regardless of what Washington does. With large states like California and New York leading the way on the transformation to an economy built on sustainable energy, we can expect significant progress even as the Trump administration pushes back.

The biggest story since the Paris accord was agreed in 2015 is that the shift toward renewable energy is happening faster than we thought possible just a few years ago. This year, for example, represents a turning point on the electrification of transport. Volvo announced it will make only electric or hybrid cars starting in 2019. General Motors will go “all electric,” with almost two dozen electric vehicle models scheduled to be released by 2023. Volkswagen will offer electric or hybrid versions of all of its 300 models, including Audi, Bentley and Bugatti, by 2025. Ford announced it will get on schedule to go electric, while BYD from China joined the race with zero-emission cars and buses.