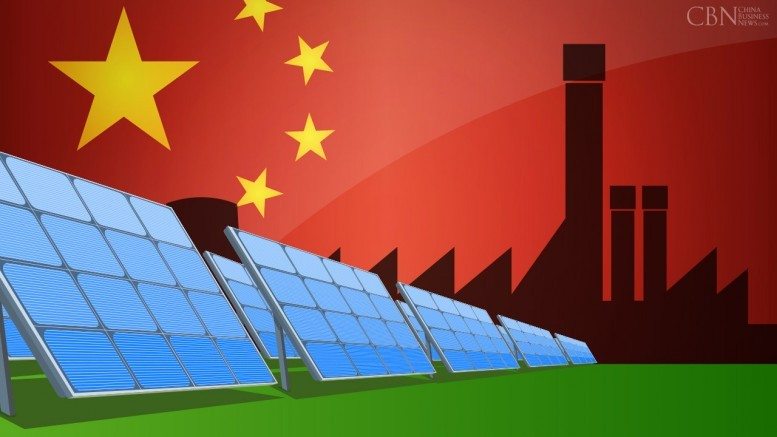 Granted, this is an industry press-release, but it underscores the globalist mentality that China is in the Green Economy driver’s seat for decades to come. Investment capital is flowing into China, which is an engineered Technocracy, because it is viewed as a safe haven for fellow Technocrats. ⁃ TN Editor

China is making wholesale changes to promote a more sustainable future. BNP Paribas examines China’s drive for sustainability, and how investors can make the most of participating in its ongoing green revolution.

For institutional investors, accredited investors and expert investors only. This content represents sales and trading market commentary only and is not intended as research.

China’s tremendous economic achievements over the past four decades have come at a severe environmental cost. Since 2007, the country has been the world’s largest producer of CO2 emissions, while smoggy skies and contaminated water have led to large-scale health problems, often resulting in premature death.

This problem is so severe that the World Bank estimates air and water pollution could cost China around 10% of its GDP. It is therefore no wonder that investors are concerned the country’s energy‑intensive growth model could be doing more harm than good.

Investors are right to worry about the prospects of companies in polluting sectors associated with the traditional growth model – steel manufacturers and coal miners, for example. But investors should also be aware of the abundant opportunities in China’s new economy, especially for companies that stand to benefit from the government’s comprehensive measures aimed at tackling the threat of climate change.

Stricter regulations, massive investment in cleantech infrastructure and commitment to green finance are all on the national government’s agenda. Beijing is backing these plans with spending pledges on a truly unprecedented scale.

China is forecast to invest a total of $2.2 trillion across six sustainability-focused sectors by 2020, according to consultancy ENEA. That number is greater than the 2016 GDP of India – the seventh largest economy in the world.

Renewable power, waste and water management, and measures to reduce air pollution will all receive sizeable investment. The huge amount of capital going into clean energy assets makes China the world leader in the space, accounting for 30% of global investment in renewable energy and 27% in energy efficiency.

Beyond spending, China is introducing a range of measures to incentivise the corporate sector to conduct business in a more sustainable way, with tough penalties to ensure companies take environmental regulation seriously. This takes its most sophisticated form in an upcoming carbon‑trading market, which will penalise heavy polluters while rewarding the most sustainable peers.

The financial services industry will also play an important role in helping China meets its sustainable goals, as banks and investors will channel more and more capital into sustainable projects. Green finance is a way of thinking about investment that considers social and environmental metrics alongside traditional financial metrics. It is already a developed area of finance in Europe and the US, and a growing number of investors in Asia are incorporating sustainability metrics into their portfolios.

Investors looking to participate in China’s drive towards a sustainable economy can take advantage of a growing range of index products that grants exposure to the green theme. The S&P New China Sectors Index, for example, removes old economy companies, leaving a selection of Chinese companies in new sectors – such as technology, consumer and healthcare. In effect, this acknowledges the fact that China is very different to a decade ago, and stands in sharp contrast to the most widely followed Chinese benchmarks – such as the Hang Seng China Enterprises Index (HSCEI), which is still focused on industrial companies and state-owned banks. Although new, the S&P New China Sectors Index has already provided impressive performance, gaining, for example, 48.09% since the beginning of this year, outperforming the HSCEI by 22.2% over the same period.

“Here lies one of the strengths of the S&P New China Sectors Index. Not only does it add environmental, social and governance considerations into stock selection,” says Yoram Layani, managing director and head of institutional sales, Asia ex-Japan, at BNP Paribas, “but by focusing on new economy companies it also addresses the problem with popular China benchmarks, which focus too much on older industrial companies that have not been attractive for some time.”

The FTSE China A50 Divest Invest Index uses more sophisticated screening techniques to increase exposure to green companies, which will create important differentiation between polluters and sustainability-focused companies ahead of the introduction of the carbon market later this year.

Similarly, the China Green Basket – a selection of 26 stocks that includes both A shares and Hong Kong-listed companies – offers diversified exposure to companies that focus on environmental protection and clean energy production. It can be invested as a single underlying instrument via a delta one product.

By approaching the sustainability theme from different angles, forward-thinking investors can take advantage of BNP Paribas’ strengths in this area to participate in China’s green revolution.