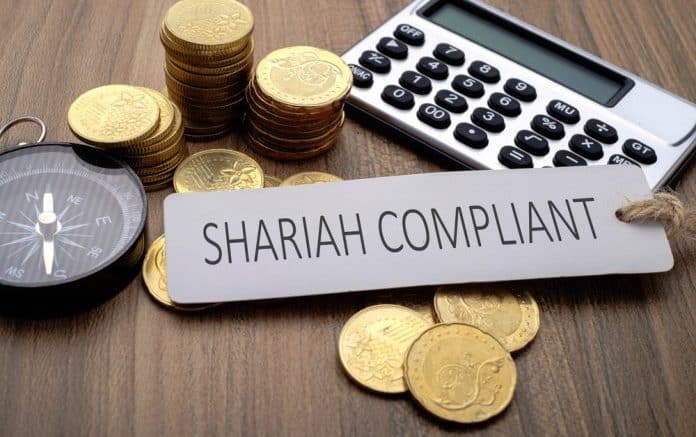 The Islamic world is committed to leading the world in Fintech, the financing arm of Sustainable Development, because Fintech is Sharia-compliant. This is a back-door opportunity for Sharia to be systemically spread to the whole world. ⁃ TN Editor

Known usually by the euphemistic title “Islamic Finance,” designed to conceal its shariah basis, shariah-compliant finance continues to grow worldwide, with the help of the Western financial industry, as demonstrated by the relatively recent incorporation of blockchain into shariah banking and finance.

The incorporation of innovative financial tools may help shariah finance grow beyond its current $2 billion in assets, but no one in the regulatory environment or on Wall Street or Fleet Street seems to care about the potential troubling aspects of this sector.

The main purpose of shariah-compliant finance is to promote shariah, which is Islamic doctrinal law regarded in the Islamic world as immutable, indivisible and mandatory for all Muslims to follow in all aspects of life. Shariah can be accurately described as reactionary, and, in its implementation, barbaric. Shariah is the law of the land in three nations in the world today: Iran, Sudan and Saudi Arabia, which all have dismal human rights records and extensive ties to Jihadist terrorism.

Shariah mandates as a religious obligation, conducting violent jihad against non-Muslims to establish Islam’s rule worldwide in a form known as the caliphate.

Shariah finance is a threat to Western values, human rights and US national security. Shariah finance has a political objective: to legitimize shariah in the West. Evidence indicates that shariah-compliant finance provides financial support to Jihadist terrorism. Shariah-compliant financial institutions employ shariah scholars, many of whom have been shown to be associated with Jihadist organizations such as the Muslim Brotherhood, even to the point of advocating suicide bombing and jihad against America. Among the decisions these scholars make is the donation of 2.5% or more of annual earnings to Muslim charities in a system known as zakat. Similar to zakat, earnings from investments that are judged to have been unislamic must be purified through donations to charities as well.

Given the Jihadist tendencies of some prominent shariah scholars such as Sheikh Youseff al-Qaradawi and Mufti Taqi Usmani, as well as the fact that no fewer than 27 Muslim charities have been designated as funding terrorism by the US Treasury Department, the UK charity commission or the UN, this presents a hazard which could obviously threaten US national security.

The effect of legitimizing and promoting shariah in the West can already be seen in Western Europe. Promoting shariah encapsulates Muslim communities from mainstream society and even creates enclaves controlled by shariah. Shariah-compliant finance plays a particular role in this because, a devout Muslim living in a Western country in which there are no shariah-compliant banks are allowed to use conventional “infidel” institutions under the shariah doctrine of “extreme necessity.” However, once shariah-compliant institutions do exist, they are religiously obligated to patronize them exclusively. Thus, by allowing the spread of shariah finance in the West and the US, we are pushing Muslims toward shariah.