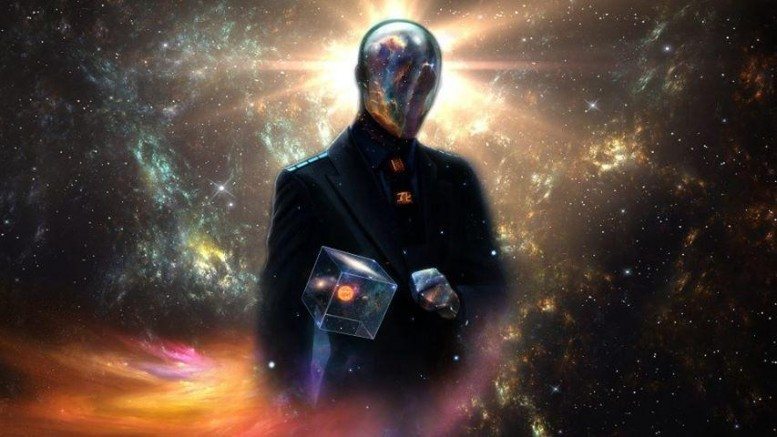 Please Share This Story!
PDF 📄
Biden’s National Biotechnology and Biomanufacturing Initiative pivots the entire government to support, advance, and embed Transhumanism in America. If Transhumanism is a religion, then Biden has just instituted a state religion, which is in direct violation of the First Amendment. Read this article word for word. ⁃ TN Editor

We are witnessing the birth of a new faith. It is not a theistic religion. Indeed, unlike Christianity, Judaism, and Islam, it replaces a personal relationship with a transcendent God in the context of a body of believers with a fervent and radically individualistic embrace of naked materialistic personal recreation.

Moreover, in contrast to the orthodox Christian, Judaic, and Islamic certainty that human beings are made up of both material body and immaterial soul – and that both matter – adherents of the new faith understand that we have a body, but what really counts is mind, which is ultimately reducible to mere chemical and electrical exchanges. Indeed, contrary to Christianity’s view of an existing Heaven or, say, Buddhism’s conception of the world as illusion, the new faith insists that the physical is all that has been, is, or ever will be.

Such thinking leads to nihilism. That’s where the new religion leaves past materialistic philosophies behind, by offering adherents hope. Where traditional theism promises personal salvation, the new faith offers the prospect of rescue via radical life-extension attained by technological applications – a postmodern twist, if you will, on faith’s promise of eternal life. This new religion is known as “transhumanism, ” and it is all the rage among the Silicon Valley nouveau riche, university philosophers, and among bioethicists and futurists seeking the comforts and benefits of faith without the concomitant responsibilities of following dogma, asking for forgiveness, or atoning for sin – a foreign concept to transhumanists. Truly, transhumanism is a religion for our postmodern times.

Transhumanism makes two core promises. First, humans will soon acquire heightened capacities, not through deep prayer, meditation, or personal discipline, but merely by taking a pill, engineering our DNA, or otherwise harnessing medical science and technology to transcend normal physical limitations. More compellingly, transhumanism promises that adherents will soon experience, if not eternal life, then at least indefinite existence – in this world, not the next – through the wonders of applied science.

This is where transhumanism becomes truly eschatological. Transhumanist prophets anticipate a coming neo-salvific event known as the “Singularity” – a point in human history when the crescendo of scientific advances become unstoppable, enabling transhumanists to recreate themselves in their own image. Want to have the eyesight of a hawk? Edit in a few genes. Want to raise your IQ? Try a brain implant. Want to look like a walrus? Well, why not? Different strokes for different folks, don’t you know?

Most importantly, in the post-Singularity world, death itself will be defeated. Perhaps, we will repeatedly renew our bodies through cloned organ replacements or have our heads cryogenically frozen to allow eventual surgical attachment to a different body. However, transhumanists’ greatest hope is to eternally save their minds (again, as opposed to souls) via personal uploading into computer programs. Yes, transhumanists expect to ultimately live without end in cyberspace, crafting their own virtual realities, or perhaps, merging their consciousnesses with others’ to experience multi-beinghood.

Transhumanists used to repudiate any suggestion that their movement is a form of, or substitute for, religion. But in recent years, that denial has worn increasingly thin. For example, Yuval Harari, a historian and transhumanist from Hebrew University of Jerusalem, told The Telegraph, “I think it is likely in the next 200 years or so Homo sapiens will upgrade themselves into some idea of a divine being, either through biological manipulation or genetic engineering by the creation of cyborgs, part organic, part non-organic.”

According to Harari, the human inventions of religion and money enabled us to subdue the earth. But with traditional religion waning in the West – and who can deny it? – he believes we need new “fictions” to bind us together. That’s where transhumanism comes in:

Religion is the most important invention of humans. As long as humans believed they relied more and more on these gods, they were controllable. With religion, it’s easy to understand. You can’t convince a chimpanzee to give you a banana with the promise it will get 20 more bananas in chimpanzee Heaven. It won’t do it. But humans will.

But what we see in the last few centuries is humans becoming more powerful, and they no longer need the crutches of the gods. Now we are saying, “We do not need God, just technology.”

Ha! The old stereotype of the bearded Christian fanatic in robe and sandals carrying a sign stating, “The end is nigh!” has been replaced by transhumanism proselytizers like author Ray Kurzweil (of Google fame) whose bestselling transhumanist manifesto is titled, The Singularity is Near.

I can’t end this essay without highlighting an absolutely crucial distinction that must be drawn between transhumanism and orthodox faiths, particularly Christianity. Christianity’s highest ideal is love. St. John the Evangelist wrote, “God is love.” Christ commanded Christians to “love one another as I have loved you.” Hence, believers understand that Christian living requires clothing the poor, visiting the sick and imprisoned, etc. Because, as Jesus taught in the Parable of the Sheep and Goats, when we do these things to “the least of these, you have done it unto Me.”

In contrast, transhumanism’s highest virtue is intelligence, which is why increasing human brain capacity is the movement’s second most desired enhancement after defeating death. Thus, transhumanist entrepreneur Bryan Johnson was reported by the New Scientist as investing $100 million to develop an implant to increase intelligence. “I arrived at intelligence”, the story quoted Johnson as saying, because “I think it’s the most precious and powerful resource in existence.”

In all the transhumanist literature I have read, I have seen little interest in increasing the human capacity to love, beyond the most carnal understanding of that term. Perhaps that is because even crass materialists understand that love transcends firing neurons, bringing us as close as we are capable to expressing the divine. Indeed, it is no coincidence that an ancient theist gave us our most profound description of love:

You won’t find anything as deep, meaningful, and yes, intelligent as St. Paul’s love discourse in any transhumanist manifesto. Indeed, even if we ultimately reengineer ourselves into post-humanity, until and unless we exponentially expand our capacity to love – which is a spiritual discipline, not a mechanistic endeavor – we will never become the creatures we long to be.

JRthis is the format

CS Lews on Transhumanism, That Hideous Strength, 1945, the evil Filostrato (precursor of Klaus Schwab) writes. “In us organic life has produced Mind. It has done its work. After that we want no more of it. We do not want the world any longer furred over with organic life, like what you call the blue mould––all sprouting and budding and breeding and decaying. We must get rid of it. By little and little, of course. Slowly we learn how. Learn how to make our brains live with less and less body: learn to build our bodies directly with chemicals, no… Read more »

[…] Flashback: Transhumanism Is The New Religion For Postmodern Times […]

Flashback: Transhumanism Is The New Religion For Postmodern Times - All View News