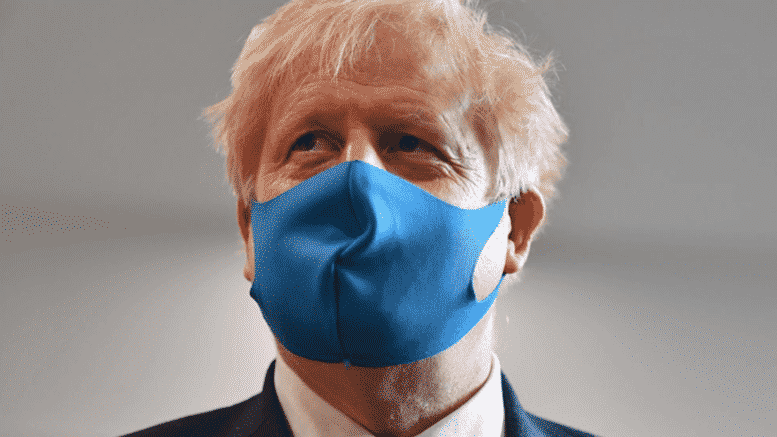 Please Share This Story!
PDF 📄
A “Freedom Pass” is a citizen’s only chance to live a more normal life, but the price of admission is that one must submit to testing and perhaps frequently so. This will immediately result in a caste system of “untouchables” and the “haves” based on invisible particles in your body. ⁃ TN Editor

The British government will reportedly introduce “freedom passes” and specialised passport certificates to people who have tested negative for the Chinese coronavirus, as Prime Minister Boris Johnson is set to announce further regional lockdown restrictions following the end of the latest national lockdown in December.

The British prime minister will outline his plans for further localised lockdown restrictions on Monday, as well as a plan to introduce mass testing, in what the government is describing as a roadmap to some sort of normality next year.

The new normal that the British government is set to outline will reportedly include “freedom passes” for those who have two negative coronavirus tests per week. The government is also working with passport manufacturers to create coronavirus certificates for those that can prove they are free of the virus, according to The Telegraph.

The immunity certificate would be stored on people’s phones after they receive a letter, card, or document from the government on testing negative for the virus. It is thought that the pass will permit Britons to see members of their families, which is largely banned at the moment, as well as being able to travel without a mask.

A source told the paper that the certificates would “allow someone to wander down the streets, and if someone else asks why they are not wearing a mask, they can show the card, letter or an App,” adding that it would permit a person to “to see their family, and normal social distancing rules will not apply”.

It is not clear at the time of this reporting whether the government will be handing out the “freedom passes” to those who have been vaccinated.

Watch: ‘Shove Your New World Order Up Your *ss!’ — London Erupts in Protest Against Lockdown https://t.co/fXW9rIjHy8

The idea of so-called immunity passports was first floated by the British government in April, with Health Secretary Matt Hancock saying at the time: “We are looking at an immunity certificate. People who have had the disease have got the antibodies and then have immunity can show that and therefore get back as much as possible to normal life.”

On Monday, Prime Minister Johnson will inform the British public that following the national lockdown on December 2nd, England will revert back to a regional tier lockdown system. It is believed, however, that many areas will actually face stricter lockdown restrictions than they did under the previous tier system, with the government’s SAGE group of scientists calling for more stringent measures.

The plan will also reportedly outline the regulations surrounding family Christmas gatherings, which are expected to be limited in regards to how many family members from different households can meet to celebrate the holiday.

So in the UK, freedom is now something gov’t grants only to those who comply with gov’t decrees and/or standards, ..rather than something one already possesses through natural God-ordained rights.

Jamie than
Reply to  Terry

We are to soft in the UK look at how deal with immigrants we won’t take to the streets because we are SCARED of getting in trouble. At least Europe Spain Greece stand up to there gov. The ppl got vaccinated so why are we not off lockdown properly BECAUSE WE BEEN FOOOOOLED MAKES ME ASHAMED TO BE ENGLISH EE NEED TO GROW SOME BALLS

What a dystopia! It´s only when the mask-wearing became a “rule” –depending on your country and laws — that the huge amount of brain-washed and/or fearful people became noticeable. Thumbs up to all who resist, demonstrate and fight for their rights, freedoms, liberties – even if it´s just on the keyboard — I think every little bit helps — whether physical, mental or spiritual.

Technocracy.news is one of the most important websites we have to help wake up the people still watching their mainstream media for news.

Jamie than
Reply to  Lynn

If Matt Hancock said: “People who have had the disease have got the antibodies and then have immunity…” why then is Boris Johnson, the (nominal) Prime Minister, self isolating? He ‘had the disease’ some months ago. I sincerely hope the reason is because Donald J Trump, the President of the United States, has some info on him which he is terrified of becoming public knowledge.

England’s fourth reich nazis in full force. Tragic to see such a brutal attack on freedoms and on liberties and let’s face it the joy of life is being sucked out of us all by this garbage hoax. Thanks Patrick, you are valued in this crazy time. 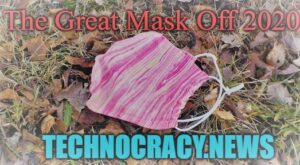