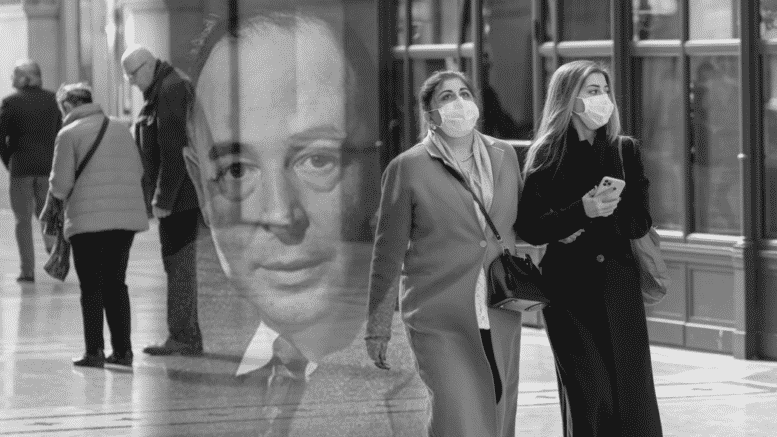 Please Share This Story!
PDF 📄
Technocracy is a war against humanity and has always been seen that way by critics such as C.S. Lewis. Like him or not, Lewis fully described the future as early as 1947. Technocracy was the most dangerous meme of the 20th century and it has advanced into a clear and present danger today. ⁃ TN Editor

Another great English writer during this same period who also discussed these matters was C. S. Lewis. In a number of books and articles he warned about where we were heading, as new technologies, coupled with increased statism, spelt “the abolition of man”.

And that was the title of his 1947 book. In it, he said this: “What we call Man’s power over Nature turns out to be power exercised by some men over other men with Nature as its instrument.” He continued, “Man’s conquest of Nature, if the dreams of some scientific planners are realized, means the rule of a few hundreds of men over billions upon billions of men. There neither is nor can be any simple increase of power on Man’s side. Each new power won by man is a power over man as well.”

And of course, his third volume in his space trilogy was all about rogue science and unethical technocrats. That Hideous Strength (1946) was a clear warning about coming coercive dystopias. The evil organisation N.I.C.E. is the villain in the novel.

The National Institute for Coordinated Experiments is a government bureaucracy established to help mankind – aren’t they all? It of course does nothing of the sort. Several quotes can be offered here. One makes the point of how euphemisms and subterfuge are ever the weapons of choice for these technocrats:

We want you to write it down – to camouflage it. Only for the present, of course. Once the thing gets going we shan’t have to bother about the great heart of the British public. We’ll make the great heart what we want it to be. But in the meantime, it does make a difference how things are put. For instance, if it were even whispered that the N.I.C.E. wanted powers to experiment on criminals, you’d have all the old women of both sexes up in arms and yapping about humanity. Call it re-education of the maladjusted, and you have them all slobbering with delight that the brutal era of retributive punishment has at last come to an end. Odd thing it is – the word ‘experiment’ is unpopular, but not the word ‘experimental.’ You mustn’t experiment on children; but offer the dear little kiddies free education in an experimental school attached to the N.I.C.E. and it’s all correct!

And another gives us the bigger picture of this war on humanity:

The physical sciences, good and innocent in themselves, had already… begun to be warped, had been subtly manoeuvred in a certain direction. Despair of objective truth had been increasingly insinuated into the scientists; indifference to

it, and a concentration upon mere power, had been the result… The very experiences of the dissecting room and the pathological laboratory were breeding a conviction that the stifling of all deep-set repugnances was the first essential for progress.

This important thriller clearly shows the deep concerns Lewis had about where unethical science and unconstrained technocracy can take us. And his vision of a dark new world has certainly proven to be quite accurate. Eugenics certainly did not die out with the Nazi experiments but is alive and well in the West today.

In fact, it has only gotten worse. When we combine media-led hysteria and alarmism about things like the climate and corona with these billionaires – be they Schwab or Soros or Gates – who believe they know what is best for us mere humans, we are seeing the prophetic novels coming to life in very real and very frightening ways.

When I first read C.S. Lewis’ Trilogy years ago, it did seem it would be impossible for such things to happen in the open. But yet here we are and it is worse than what he envisioned. God help us.

It has enveloped us like a dense fog. Millions of us need to peacefully flood the streets and push back big time. For the life of me I don’t know what we are waiting for. No time for contemplating or we are doomed. I’m elderly and cannot lead, but we need a leader(s) like a ML King.

Rosanne….you are not alone. I am 77 and have been warning people for over 50 years.
I wonder what all the people I spoke with are thinking now?
Time is running out and it looks like the mess we are in can only
be resolved once and for all by our Creator.
Best to you Rosanne….Daniel 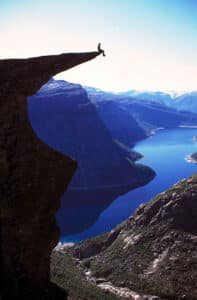