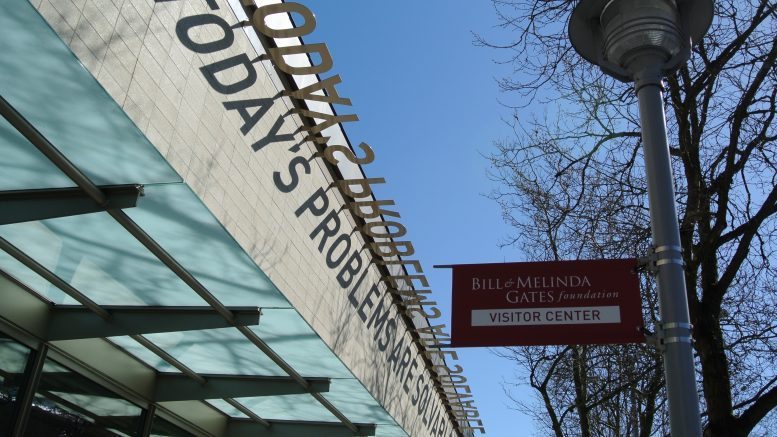 TN Note: The Gates Foundation was instrumental in creating and funding Common Core Education Standards. Now, it is ‘doubling-down’. Transforming education has long been a key element of Technocracy for two reasons First, they need to product good global citizens who are fully indoctrinated. Second, they need robotic-like workers who will perform their job without question or complaint. In other words, it isn’t really about education at all – rather, it is about brain-washing.

The Bill & Melinda Gates Foundation says it is “doubling down” on its efforts to help teachers adapt to the Common Core education standards.

“Far too many districts report that identifying or developing Common Core-aligned materials is a challenge, meaning that teachers spend their time adapting or creating curriculum, developing lessons, and searching for supplemental materials,” Gates Foundation CEO Sue Desmond-Hellmann writes in an open letter. “So, we’re doubling down on our efforts to make sure teachers have what they need to make the most of their unique capabilities.”

Desmond-Hellmann admitted that the foundation was not prepared for all the changes schools faced under Common Core. “Unfortunately, our foundation underestimated the level of resources and support required for our public education systems to be well-equipped to implement the standards. We missed an early opportunity to sufficiently engage educators — particularly teachers — but also parents and communities so that the benefits of the standards could take flight from the beginning.”

Desmond-Hellmann claims results in Kentucky, the first state to adopt Common Core, show the standards work. She cites improvement in the portion of Kentucky students who are ready for college, while the same numbers nationwide have yet to show any change.

Why do teachers have to adapt to federal gov’t tyranny?

As a teacher, I believe that a national curriculum is not necessarily a bad idea. It would make it much easier for students to transfer when they move and I don’t really see how anyone could complain that we shouldn’t have a reading, writing, and math standard. But frankly, we already have it with the PSAT, SAT, and ACT tests which are good for college as well. All schools teach to those tests and no one complains, but there’s no need to change them. Those tests are cheaper, easier to administer, and take students out of class a lot less… Read more »