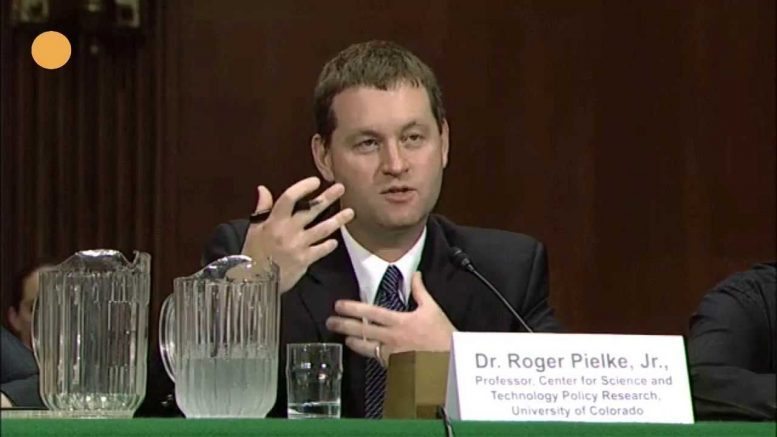 This first-person story reveals how John Podesta (member, Trilateral Commission and climate change advocate) caused one professor to be eliminated as a writer from a major publication. Were it not for Wikileaks releasing volumes of Podesta’s emails, we would have never known that it was him behind the underhanded attack. ⁃ TN Editor

Much to my surprise, I showed up in the WikiLeaks releases before the election. In a 2014 email, a staffer at the Center for American Progress, founded by John Podesta in 2003, took credit for a campaign to have me eliminated as a writer for Nate Silver’s FiveThirtyEight website. In the email, the editor of the think tank’s climate blog bragged to one of its billionaire donors, Tom Steyer: “I think it’s fair [to] say that, without Climate Progress, Pielke would still be writing on climate change for 538.”

WikiLeaks provides a window into a world I’ve seen up close for decades: the debate over what to do about climate change, and the role of science in that argument. Although it is too soon to tell how the Trump administration will engage the scientific community, my long experience shows what can happen when politicians and media turn against inconvenient research—which we’ve seen under Republican and Democratic presidents.

I understand why Mr. Podesta—most recently Hillary Clinton’s campaign chairman—wanted to drive me out of the climate-change discussion. When substantively countering an academic’s research proves difficult, other techniques are needed to banish it. That is how politics sometimes works, and professors need to understand this if we want to participate in that arena.

More troubling is the degree to which journalists and other academics joined the campaign against me. What sort of responsibility do scientists and the media have to defend the ability to share research, on any subject, that might be inconvenient to political interests—even our own?

I believe climate change is real and that human emissions of greenhouse gases risk justifying action, including a carbon tax. But my research led me to a conclusion that many climate campaigners find unacceptable: There is scant evidence to indicate that hurricanes, floods, tornadoes or drought have become more frequent or intense in the U.S. or globally. In fact we are in an era of good fortune when it comes to extreme weather. This is a topic I’ve studied and published on as much as anyone over two decades. My conclusion might be wrong, but I think I’ve earned the right to share this research without risk to my career.