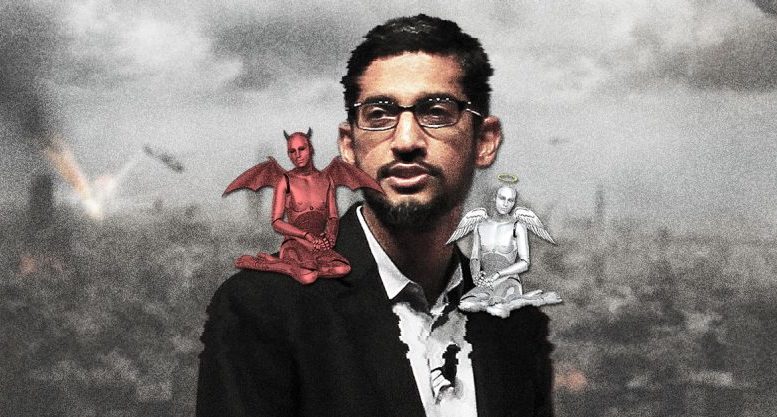 Please Share This Story!
PDF 📄
Google may be based in Silicon Valley, but it is a global corporation with an ideology that relates to China, a Technocracy, rather than the United States, a Republic. Until this perception of Google changes, there will be no restraining them from working with Chinese Technocrats. ⁃ TN Editor

Google intends to launch a censored version of its Search app for China sometime in the next six to nine months, according to a leaked transcript from a private employee meeting held last month.

According to The Intercept, Gomes talked about the launch timeline:

While we are saying it’s going to be six and nine months [to launch], the world is a very dynamic place.

He goes on to point out that the current political climate makes it difficult to pinpoint a definite timeline, but indicates employees should be ready to launch whenever a “window opens.”

These comments come in stark contrast to public statements given recently by both Gomes and Google’s chief privacy officer, Kieth Enright.

Speaking to members of Congress last month, Enright tried to skirt the issue of the Dragonfly project by playing dumb. According to Wired he didn’t quite deny involvement, and in fact admitted the company had explored the idea, but simply stated Google wasn’t “close to launching” the censored Search engine and that he was “not clear on the contours of what is in scope or out of scope for that project.”

Gomes took the soft-denial a step further when he told the BBC “Right now all we’ve done is some exploration, but since we don’t have any plans to launch something there’s nothing much I can say about it.”

Project Dragonfly has many detractors, including the US government. Vice President Mike Pence went so far as to denounce it outright. Last week, during a speech, he said:

As we gather here, a new consensus is rising across America. More business leaders are thinking beyond the next quarter, and thinking twice before diving into the Chinese market if it means turning over their intellectual property or abetting Beijing’s oppression. But more must follow suit. For example, Google should immediately end development of the “Dragonfly” app that will strengthen Communist Party censorship and compromise the privacy of Chinese customers.

Google has already developed and is reportedly planning to launch a version of Search that censors terms like “Nobel Prize,” “democracy,” and “peaceful protest” for the citizens of the world’s most populous nation. And the company has beefed up Search with special features just for China: It’s added full phone number, IP, and location tracking so that every query can be attached to a person.