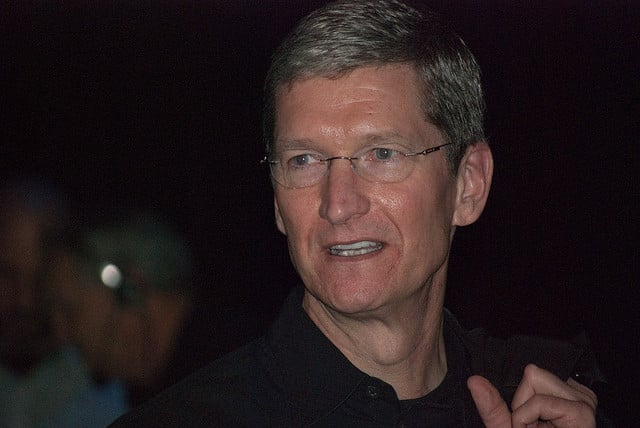 Please Share This Story!
PDF 📄
Apple has had its share of privacy issues, but in this, TN agrees: data is indeed being ‘weaponized against us with military efficiency.’ However, Federal laws by themselves will not stop Technocrat companies from collecting and misusing personal data. Apple could win big if it produced products that protected data, increased encryption, etc. ⁃ TN Editor

Apple CEO Tim Cook blasted Silicon Valley tech companies and their abuse of user privacy in a keynote address at a privacy conference in Brussels Wednesday, saying personal information is being “weaponized against us with military efficiency.”

“Every day, billions of dollars change hands, and countless decisions are made, on the basis of our likes and dislikes, our friends and families, our relationships and conversations. Our wishes and fears, our hopes and dreams,” Cook said. “These scraps of data, each one harmless enough on its own, are carefully assembled, synthesized, traded, and sold.”

“Your profile is then run through algorithms that can serve up increasingly extreme content, pounding our harmless preferences into hardened convictions,” Cook said.

Apple and its chief executive have long touted personal privacy, distancing themselves from recent, growing scandals among tech companies — but the comments from Cook are some of the strongest to date.

“We shouldn’t sugarcoat the consequences. This is surveillance. And these stockpiles of personal data serve only to enrich the companies that collect them,” Cook said. “This should make us very uncomfortable. It should unsettle us.”

Many of the world’s data protection regulators gathered in Brussels — a city increasingly at the forefront of tech regulation — as the conference coincided with the introduction of General Data Protection Regulation (GDPR) earlier this year.

GDPR refers to a piece of legislation that aims to give consumers control of personal data collected by tech companies. It came into force in May, just weeks after the Cambridge Analytica data misuse scandal enveloped Facebook — and raised the profile of data protection as a consumer need.

The scandal also prompted governments worldwide to finally consider taking action against an often-overlooked area of law. But, U.S. lawmakers are seen as lagging behind their European peers.