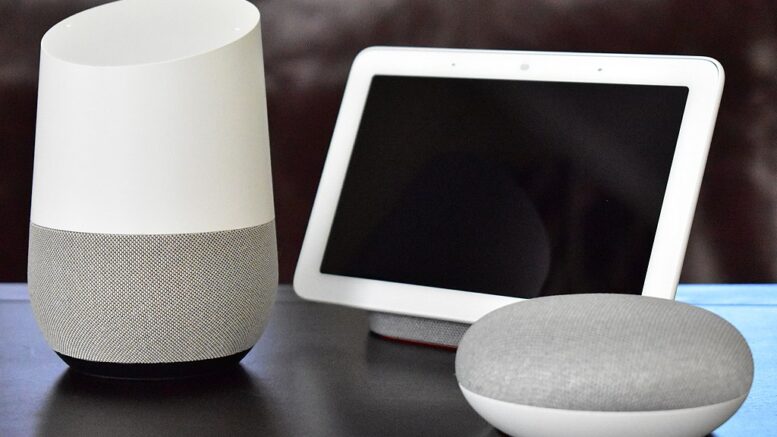 Please Share This Story!
PDF 📄
Google’s long-term plan is to surround each household and person with a continuous, always-on surveillance network to help make all decisions. Total awareness surveillance is a hard requirement for Technocracy to take root in the world. ⁃ TN Editor

Last week, Reddit user Brazedowl received a curious notification on his phone: Google was telling him that a smoke detector in his home had gone off. Brazedowl, a teacher from North Carolina who goes by Drew in real life, knew about the smoke alarm — he was at home himself and had just fried some sausages in his kitchen. But up until that moment, he had no idea that his smart speaker was able to detect such events. “Google just made my dumb smoke detectors smart,” he wrote on Reddit. “Pretty rad.”

A Google spokesperson told Protocol that the feature was accidentally enabled for some users through a recent software update and has since been rolled back. But in light of Monday’s news that Google invested $450 million — acquiring a 6.6% stake — in home security provider ADT, it may be a sign of things to come for Google, as it hints at the company’s secret home security superpower: millions of smart speakers already in people’s homes.

Once the deal closes, ADT’s more than 20,000 installers will also sell Google-made smart displays, security cameras and other hardware, and ADT will more closely integrate Google technology into its own home security offerings. “The goal is to give customers fewer false alarms, more ways to receive alarm events, and better detection of potential incidents inside and around the home,” Google Nest VP and GM Rishi Chandra said in a blog post.

Brazedowl wasn’t the only Google smart speaker user receiving a possible preview of this kind of incident detection in recent days. Other Reddit users reported getting security alerts after breaking glassware, as well as some false alarms triggered by sounds like popped bubble wrap and high-frequency noises that could be confused with a smoke alarm.

Google announced support for the detection of “critical sounds” for paying subscribers of its Nest Aware home security subscription service in May. “Your Nest speakers and displays will notify you if a critical sound is detected, like a smoke alarm or glass breaking, by sending an alert to the Home app,” the company wrote in a blog post. “From there, you can hear an audio clip or listen live within the Home app to confirm the alarm.”

“A recent software update enabled these alerts on some of our speakers that didn’t have a subscription, but we’ve since rolled that back,” a Google spokesperson told Protocol last week. The spokesperson declined to comment on whether Google had any plans to bring the feature to users without subscriptions in the future. Google did announce Monday that ADT customers would get access to Nest Aware over time.

On the one hand, there is some potential for a privacy backlash. Google has long told users that its speakers only actively monitor ambient audio for utterances of the “Hey Google” wake phrase. Any use of far-field microphones for other purposes, especially for users who didn’t sign up for advanced monitoring, could result in some consumers rejecting the device category altogether.

I prefer offline security. No need here to give the surveillance state more ammunition.