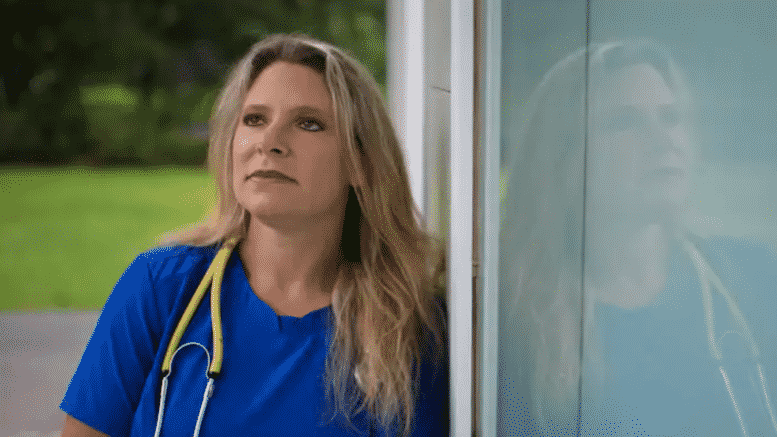 Please Share This Story!
PDF 📄
A few courageous hospital workers are taking their Houston hospital employer to task over mandated vaccination but are already being vilified for their actions. Their complaint is that they are being forced to act as “human guinea pigs” in an “experimental vaccine trial.” ⁃ TN Editor

A group of 117 Houston-area hospital employees on Friday filed a civil lawsuit against an employer hospital’s coronavirus vaccine mandate.  The lawsuit alleges that the mandate violates both the Nuremberg Code and U.S. statutes that allow Americans to refuse “unapproved” medical treatments.  It also alleges violations of Texas labor and employment laws.

That “people” are “trying to force you to put something into your body that you’re not comfortable with to keep your job is just insane,” lead plaintiff Jennifer Bridges told Houston CBS affiliate KHOU.

The defendants are The Methodist Hospital, the Methodist Hospital System, and Houston Methodist The Woodlands Hospital.  The people in charge of those entities responded to the litigation by saying the plaintiffs are but a small minority of voices among 26,000 employees and that it is “legal for health care institutions to mandate vaccines.”

The sharply worded 56-page complaint argues that the COVID-19 vaccines currently on the market were authorized merely as “emergency” measures and, thus, are not fully “approved” vaccines.

At the top of the document are words attributed to David Bernard, the CEO of Houston Methodist San Jacinto Hospital: “100% vaccination is more important than your individual freedom. Everyone [sic] of you is replaceable. If you don’t like what your [sic] doing you can leave and we will replace your spot.”

Those alleged words did not sit well with the plaintiffs.

“For the first time in the history of the United States, an employer is forcing an employee to participate in an experimental vaccine trial as a condition for continued employment,” the lawsuit argues.

The document continues by alleging that the defendant hospital “became the first major health care system in the country to force it [sic] employees to be injected with an experimental COVID-19 mRNA gene modification injection (‘experimental vaccine’) or be fired.”

“Methodist Hospital is forcing its employees to be human ‘guinea pigs’ as a condition for continued employment,” the lawsuit’s opening paragraph also says.

The Washington Post on May 14 reported that the coronavirus vaccines available in the U.S. are no longer considered “experimental” because they have “completed clinical trials and have been authorized for emergency use.”  The same report quotes a bevy of experts who asserted that the current vaccines are safe while noting that millions of Americans have been vaccinated without serious harm.

“[T]here is much the FDA does not know about these products even as it authorizes them for emergency use, including their effectiveness against infection, death, and transmission of SARS-CoV-2, the virus that is allegedly the cause of the COVID disease,” the lawsuit claims.

“Federal EEO laws do not prevent an employer from requiring all employees physically entering the workplace to be vaccinated for COVID-19, so long as employers comply with the reasonable accommodation provisions of the ADA and Title VII of the Civil Rights Act of 1964 and other EEO considerations,” the new EEOC technical assistance document reads.

This is political/legal double-talk from a corporation hiding behind the covid LIE. Why? MONEY. They receive financial kickbacks from the Feds to do so. Last count I read was an average of $11,200 per patient if that person was being treated for C-19 specifically. And, a little sidebar–a man I had into my home recently told this story. A few months back he went to one of the Emergency Covid Centers to get tested. The line was very long at that time (not deserted like today). He went ahead and signed-in to wait. The wait became long and he had… Read more »

This is really turning into the end of the bible, and the whole world marveled after the beast, for no one could stand up to it (paraphrased) Never in my life, never in anyone’s life has something this massive ever occurred. This is a dystopian nightmare come to our reality. This is worse than Hitler, yes that’s a high thing to say, but if he had been allowed to do what he did to all of Europe, England and the entire world, he would have topped this. These people are going against every form of treaty and regulation.