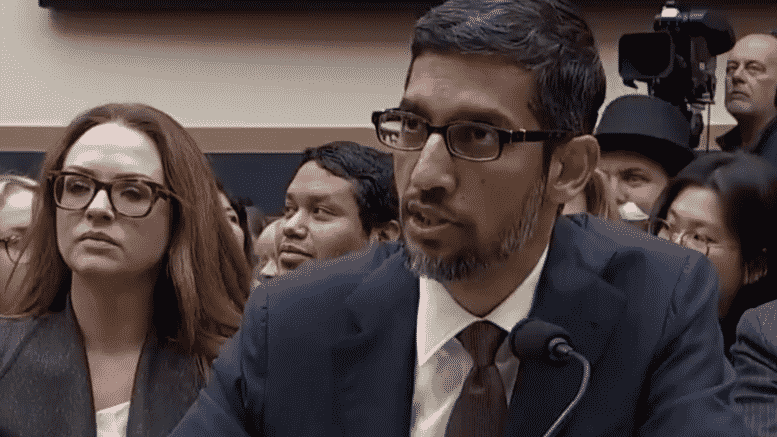 Please Share This Story!
PDF 📄
Technocrats at Google lied about how they personally manipulate search results and then tried to cover it up. Now, they are busted in the act. Furthermore, Google CEO Pinchai may have lied to Congress when under oath. ⁃ TN Editor

Following Breitbart News’ latest bombshell report on Google’s blacklisting of pro-life YouTube videos, Rep. Louie Gohmert (R-TX) commented on the company’s manipulative actions. Rep. Gohmert told Breitbart News: “If Mr. Pichai lied to Congress, he was under oath and it would be a criminal matter for a Grand Jury.”

Breitbart News recently published yet another leak from within Google, which reveals that YouTube has manually intervened to blacklist pro-life videos in its search results on numerous occasions. It was further revealed that Google often engages in “manual actions” in order to correct controversial search results in their search product, as well as their Google Home and Google Assistant device search results. Some of the altered search results reportedly relate to Democratic Congresswoman Maxine Waters and anti-gun activist David Hogg.

Breitbart News reached out to Rep. Louie Gohmert for comment on the issue. In a written statement to Breitbart News, Gohmert said:

The information leaked from Google certainly raises yet another concern of Google and YouTube subjectivity and manual manipulation of search results.  If Mr. Pichai lied to Congress, he was under oath and it would be a criminal matter for a Grand Jury. His defense would become more inconsequential by a ‘Trust & Safety Team’ verification that there were ‘huge teams’ at Google involved in determining the manual manipulations that Mr. Pichai testified were not happening.

Regardless, this issue is more reinforcement for my bill (H.R.492) that would remove large social media companies’ immunity from lawsuits. This immunity was provided when these types of internet outlets were argued to be simply like ‘town squares’ where anyone had equal access to come and speak without filter. However, now we know that’s not the case. Instead of acting like the neutral platforms they claimed to be in order to obtain their immunity, it appears to me that some have turned Section 230 of the Communications Act of 1934 into a license to manipulate results, censor political thought with which they disagree, and even defraud with impunity. Testimony from witnesses like Diamond and Silk that raise issues of potential deception and fraud should be heard in court.

Donald Trump Jr. tweeted about the revelations in the article as well: 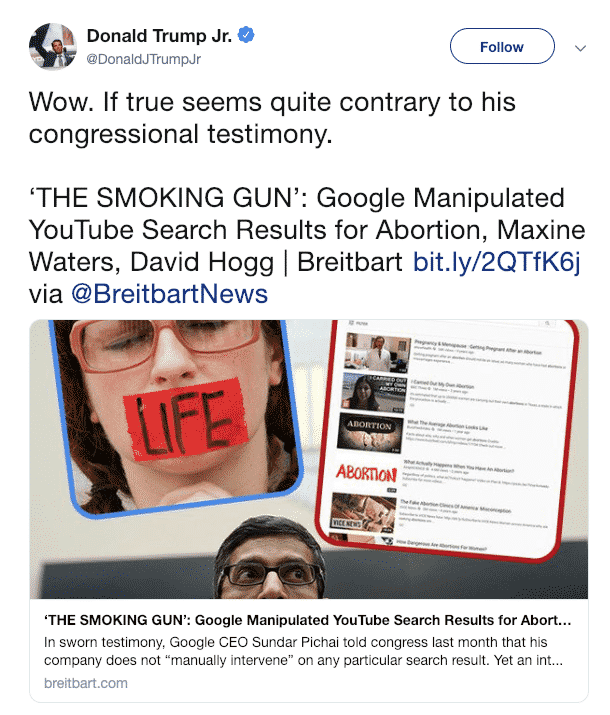 google should cease to exist