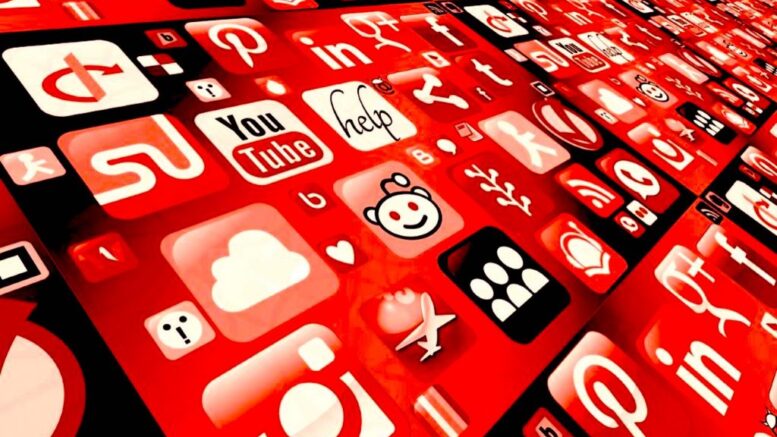 China is the most oppressive and censored Technocracy in the world, and it is wholly dedicated to the “Science of Social Engineering”. Its tentacles into America have been routinely identified and then routinely censored. China’s most important hooks, however, are in Big Tech itself. ⁃ TN Editor

It turns out Facebook’s Department of Censorship is staffed and run by citizens of the People’s Republic of China.

The New York Post reports Facebook’s “Hate-Speech Engineering” team (yes, that’s really what they call it) includes at least half a dozen foreign nationals recruited from communist China. This is the same team that smothered the Hunter Biden story.

“The Hate-Speech Engineering team’s staff includes a research scientist based at the Seattle office who earned his master’s degree in computer engineering from the Chinese Academy of Sciences in Beijing,” the New York Post reports.

These computer engineers are building artificial intelligence algorithms to recognize and suppress wrongthink in your news feed. It’s an insidious form of censorship that doesn’t tell you it’s screening what you’re allowed to see.

Individuals who have no familiarity with traditional American values of free speech, raised and educated in a regimented, collectivist society that prizes social conformity above all else, are now imposing their values on Americans. They are remaking American society in the Chinese Communist Party’s image.

We find this out only because of leaks by a former Facebook employee. Let that sink in. One of the most powerful companies in the world that controls the information Americans receive is entirely unaccountable. If not for an outraged whistleblower we would not know the discourse surrounding American politics and this election in particular is being shaped by citizens of a communist totalitarian state.

They are doing it right here in the United States with help from Mark Zuckerberg, the man who imagines himself Caesar Augustus.

“When hiring for HR positions, it’s important to prioritize H-1B visa workers, and this will stimulate the process of diversification of the workplace,” says a leaked March 2020 document. The memo says “priority may be given to H-1B applicants from China and Korea to foster larger communities of diverse workers at Facebook.” As Ronald Reagan said, personnel is policy.

Beijing’s Marxist rulers use the ideology and institutions of globalism as a Trojan horse to undermine and overtake Western industrial democracies. Beijing now presents itself as the defender of globalization against President Trump’s national economic policies.

In ancient times the Chinese emperor kept massive cauldrons as symbols of his authority. When a dynasty changed and power shifted, the cauldrons were moved. In this context we can understand the significance of the People’s Republic of China gifting the United Nations an ancient cauldron “Dedicated to the 21st Century.”

On the macro level, the tech giants subscribe to the ideal of “global citizenship” with religious fervor. On the micro level, Google, Facebook, and Twitter made the World Health Organization the arbiter of righthink on China virus. It might be worth asking if any Chinese nationals were involved in that decision, considering the CCP bought and paid for the WHO.

We have long worried that communist China’s digital totalitarianism, a system in which the government uses a Big Data “social credit score” to determine where you work, where you live, and whether you can board an airplane, would someday be imposed on Americans.

Now we see it is worse than that: Thanks to Facebook, the Chinese Communist Party is using Americans as lab rats to perfect the artificial intelligence techno-surveillance apparatus it plans to export throughout the world.

Peter Navarro delivered an important address, what he dubs “the useful idiot speech,” detailing the breadth and depth of the CCP’s influence in America. These latest revelations about Facebook reveal the idiots most useful to the CCP are in Silicon Valley. The tech lords have adopted globalism over American nationhood and uploaded the operating system of totalitarian collectivism, exalting “social harmony” and central control over free speech and free thought.

I have often thought that the NWO is already here and that those running it are merely dropping the veils as the necessary tech is developed and put into place. As for the call made here that Trump is in anyway a stumbling block to this rollout that thought should be checked against reality and with the ability of the masters of public manipulation to play that game at a level not one in a thousand of those who call themselves aware decipher correctly.

Is China Running Big Tech In America? – Life, Death and all between

This sounds like another element of the PRC’s BGY strategy, their Unrestricted Warfare Plan to Control the World (see “Unrestricted Warfare” by Col. Qiao Liang and Col Wang Xiangsui, 1999). BGY is abbreviated for Blue, Gold and Yellow, and represents the tactics the CCP uses to control individuals and networks of the West. B stands for the color blue, indicating control of the internet, G stands for gold, which is buying influence through payoffs, and Y is for yellow, the plan to control and blackmail key people through sex and seduction. The key element here is that clearly the CCP controls much… Read more »

No, but the Jesuits are.

‹“The Hate-Speech Engineering team’s staff includes a research scientist based at the Seattle office who earned his master’s degree in computer engineering from the Chinese Academy of Sciences in Beijing,” the New York Post reports.›

Please stop using the question-begging verb ‘earn’ in the context of a university degree and go back to the neutral ‹ took/got a […] degree / graduated in […] ›, etc. used in other English-speaking countries.