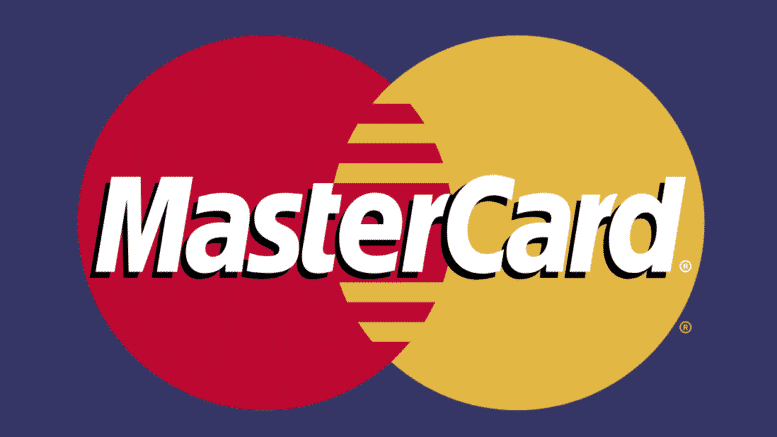 Please Share This Story!
PDF 📄
Anti-conservative forces of many different stripes are waging asymmetric warfare against all conservative elements of society to completely silence them. Mastercard has already crippled several conservative groups by withdrawing their ability to receive donations. ⁃ TN Editor

On Tuesday, leftist activists targeted Mastercard’s shareholder meeting, demanding the Board of Directors adopt a “human rights committee” dedicated to blacklisting organizations unfairly accused of being “hate groups” by the Southern Poverty Law Center (SPLC). Activists with the group SumOfUs pestered the board with spurious questions about “doing business with criminals” in pursuit of its “blood money” campaign.

Nandini Jammi, a representative of the leftist group SumOfUs, demanded the shareholders and board members support proposal five, “which asks the board of directors to create a human rights committee at the board level. At least 2,300 people have written to their pensions and mutual funds in support of this proposal, and 127,000 people have signed a petition calling on Mastercard to stop processing payments for far-right hate groups.”

“I’m here to inform you that you have lost control of your financial network. Thanks to your financial partners, you are open for business with criminals,” Jammi declared.

“Charlottesville. Pittsburgh. New Zealand. There have been deadly consequences more than once. The white nationalist movement has gone global and it’s time for you to investigate who has been let into Mastercard’s network,” the leftist argued.

While Jammi did mention one legitimate concern — Mastercard allegedly processing accounts for a Neo-Nazi group in Germany, where Neo-Nazi organizations are illegal — her activism clearly aims at getting all the so-called conservative “hate groups” cut off from bank transactions.

The activist also parked a van outside the Mastercard shareholders’ meeting, plastered with the message, “Putting hate groups out of business? Priceless.” SumOfUs tweeted the image with the hashtag “NoMoreBloodmoney,” a reference to their “blood money” campaign.

That campaign pressures U.S. financial companies to blacklist various “hate groups,” heavily relying on the discredited accusations of the SPLC. The SPLC targeted the Ku Klux Klan and featured its battles with the KKK in fundraising literature. Eventually, it expanded this fundraising ploy by monitoring “hate groups.” The ever-expanding “hate group” accusation “is a financial and repetitional death sentence, effectively equating organizations to the KKK,” Meghan Meier, a lawyer who defended a victim of the SPLC’s “hate” accusations, told PJ Media.

“No right-thinking person wants to be associated with the KKK, so the SPLC’s ‘hate group’ accusation is incredibly effective at shaming organizations and causing them to be shunned by donors, fundraising platforms, service providers, the media, and others. Shaming and shunning are hallmarks of what makes a statement ‘defamatory’ under the common law,” she said, suggesting the accusations make the SPLC vulnerable to defamation lawsuits.

Mastercard, in particular, seems to have been responsible for Patreon booting Jihad Watch and its founder Robert Spencer (not to be confused with the white nationalist Richard Spencer) off its platform. Jihad Watch monitors radical Islam and radical Islamic terror. These actions are far from illegal or “hateful.”

There is a time coming, maybe soon that if you don’t worship the world leader who is Satan himself who will completely possess a man, he will claim to be ‘Christ’. No one will buy or sell. For now they have a prelude to it with these credit card companies. Satan will have his own ‘mark’ for worldwide use. “And he causeth all, both small and great, rich and poor, free and bond, to receive a mark in their right hand or foreheads: And that no man might buy or sell, save he that had the mark or the name… Read more »

No one wants true hate groups to prosper. However, the technique/approach noted herein has been followed by hate groups (SumofUs, SPLC), and the US alphabet agencies for close to a decade now. It all began, in earnest, with such groups/influential individuals trying to make a little known online self-publishing company tow their line on what they felt was ‘smut’ by cutting off authors access to Paypal, MC, AMX, Visa, Discover so they could not make their works available. Directly flying in the face of Freedom of Speech. They lost. Coercion moved into sending pedophilia porn email to individuals they wanted… Read more »