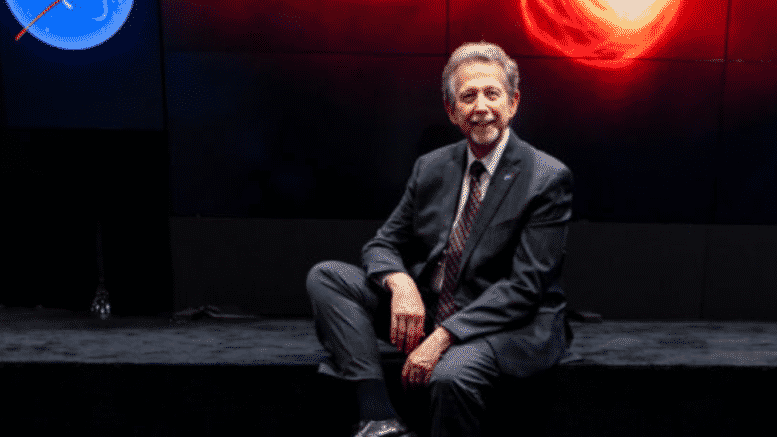 Please Share This Story!
PDF 📄
Why does Congress propose $25 billion in 2022 to help fund colonization of outer space and in particular, Mars, or the incessant search for alien life in the galaxy? Apparently science is not sufficiently efficacious for solving problems on earth, so as the planet becomes increasingly unstable, humanity needs to get ready to “fly the coop”. ⁃ TN Editor

Since joining NASA in 1980, Jim Green has seen it all. He has helped the space agency understand Earth’s magnetic field, explore the outer solar system and search for life on Mars. As the new year arrived on Saturday, he bade farewell to the agency.

Over the past four decades, which includes 12 years as the director of NASA’s planetary science division and the last three years as its chief scientist, he has shaped much of NASA’s scientific inquiry, overseeing missions across the solar system and contributing to more than 100 scientific papers across a range of topics. While specializing in Earth’s magnetic field and plasma waves early in his career, he went on to diversify his research portfolio.

One of Dr. Green’s most recent significant proposals has been a scale for verifying the detection of alien life, called the “confidence of life detection,” or CoLD, scale. He has published work suggesting we could terraform Mars, or making it habitable for humans, using a giant magnetic shield to stop the sun from stripping the red planet’s atmosphere, raising the temperature on the surface. He has also long been a proponent of the exploration of other worlds, including a mission to Europa, the icy moon of Jupiter, that is scheduled to launch in 2024.

Ahead of a December meeting of the American Geophysical Union in New Orleans, Dr. Green spoke about some of this wide-ranging work and the search for life in the solar system. Below are edited and condensed excerpts from our interview.

A couple of years ago, scientists came out and said they’d seen phosphine in the atmosphere of Venus. At the level they saw it, which was enormous, that led them to believe life was one of the major possibilities. On the CoLD scale, where seven is “we found life,” it is “one.” It didn’t even make it to “two.” They recognized later there was contamination in their signal and it may not even be phosphine and we can’t reproduce it. So we have to do a better job in communicating.

We see methane all over the place on Mars. Ninety-five percent of the methane we find here on Earth comes from life, but there’s a few percent that doesn’t. We’re only at a CoLD Level 3, but if a scientist came to me and said, “Here’s an instrument that will make it a CoLD Level 4,” I’d fund that mission in a minute. They’re not jumping to seven, they’re making that next big step, the right step, to make progress to actually finding life in the solar system. That’s what we’ve got to do, stop screwing around with just crying wolf.

Yes and no. What we’re doing now is much more methodical, much more intelligent in the way we recognize what signatures life can produce over time. Our solar system is 4.5 billion years old, and at this time, Earth is covered in life. But if we go back a billion years, we would find that Venus was a blue planet. It had a significant ocean. It might actually have had life, and a lot of it. If we go back another billion years, Mars was a blue planet. We know now Mars lost its magnetic field, the water started evaporating and Mars basically went stagnant about 3.5 billion years ago.

We would like to have found life on the surface. We put the Viking landers in a horrible place because we didn’t know where to put them — we were just trying to put them down on the surface of Mars. It was like putting something down in the Gobi Desert. We should have put them down in Jezero Crater, in this river delta we’re at right now with the Perseverance rover, but we didn’t even know it existed at the time!

One of the Viking experiments indicated there was microbial life in the soils, but only one of the three instruments did, so we couldn’t say we found life. Now we’ll really, definitively know because we’re going to bring back samples. We didn’t know it would need a sample return mission.

Yeah, it’s doable. Stop the stripping, and the pressure is going to increase. Mars is going to start terraforming itself. That’s what we want: the planet to participate in this any way it can. When the pressure goes up, the temperature goes up.

The first level of terraforming is at 60 millibars, a factor of 10 from where we are now. That’s called the Armstrong limit, where your blood doesn’t boil if you walked out on the surface. If you didn’t need a spacesuit, you could have much more flexibility and mobility. The higher temperature and pressure enable you to begin the process of growing plants in the soils.

There are several scenarios on how to do the magnetic shield. I’m trying to get a paper out I’ve been working on for about two years. It’s not going to be well received. The planetary community does not like the idea of terraforming anything. But you know. I think we can change Venus, too, with a physical shield that reflects light. We create a shield, and the whole temperature starts going down.

For those who colinate Mars and the moon it’s probabably a onw way trip. Air and warer are solvable but unless you can’t simulate Earth’s gravity on a massive scale you probably won’t physically be able to return. Muscular atrophy with bone deterioation due to a lack of normal gravitational stress will prevent easy return to the environment of the earth. Someone needs to get busy with artificial gravity machines on a large scale to make it happen. We’ve already seen what living in low or no gravity over a long period of time results in. Considering the one way… Read more »

Excuse me bur it is impossible to go to Mars. Do the math. Any more than we went to the moon. They admit they don’t have the wherewithal to go to the moon now and we are supposed to be more intelligent now! The money is going elsewhere