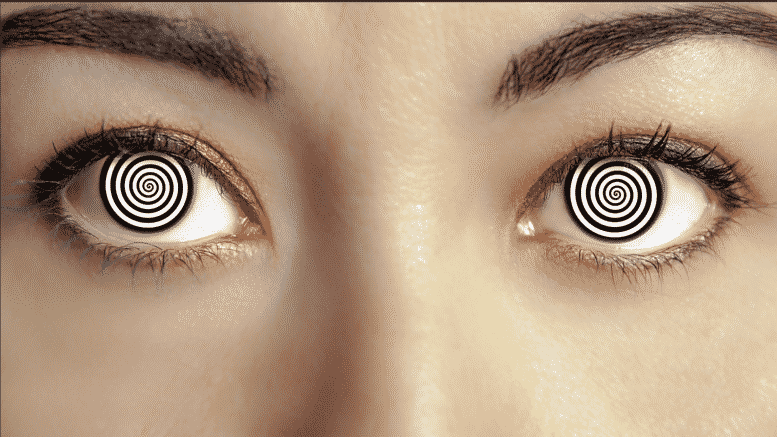 On the last day of 2021, what better time to reflect on Technocracy’s recent gains and likely trajectory moving into 2022?

Over Christmas, I showcased my Twelve Days of Technocracy articles that were originally written in December 2019. Even though these appear at the bottom of the home page at Technocracy.news, many people had not read them.

The intent of Twelve Days of Technocracy was to provide a primer on Technocracy across several topics, such as central banking, academia, education and political science. It was a fitting way to close out 2019.

To everyone’s shock and dismay, the Great Panic of 2020 (my phrase) started one month later in January.

It’s important to see the principle of Ordo ab Chao at work. This occult latin term translates as “Order out of Chaos” and hints at modern globalization’s theory of “never let a good crisis go to waste.”

Under the cover of chaos, Technocracy thrived during 2020-2021 at spreading its net of control and social engineering. Without chaos, virtually none of Technocracy’s initiatives would have ever gotten off the ground.

The point is this: Technocracy thrives on order, structure and predictability but uses chaos to get there.

Technocrats are masters of social engineering. This should surprise no one because their own magazine, The Technocrat, clearly defined their objectives in 1938:

“Technocracy is the science of social engineering, the scientific operation of the entire social mechanism to produce and distribute goods and services to the entire population… For the first time in human history it will be done as a scientific, technical, engineering problem.”

A Belgian Professor of Clinical Psychology, Dr. Mattias Desmet, recently articulated how this is playing out on a global scale. His concept of “mass formation” (ie, global delusion) is predicated on four conditions that must first be met.

(Note: Free-floating means that there is no discernible source for aggression or anxiety.)

It should be self-evident that all four have been masterfully set into motion with the Great Panic of 2020.

How have Technocrats worked mass formation to their own benefit? Here’s a few observations:

Who is in Control?

People are looking to government to set the ship aright. This is futile. Technocrats control governments, not the other way around. Behind every government leader in the world, there is an unelected and unaccountable hoard of medical technocrats who are dictating policies and telling the politicians what to do.

Thus, yelling at elected officials is completely misdirected and pointless. They are not the power structure.

Politicians throughout the world, and especially in America, have no idea of the vitriolic hatred that Technocracy harbors toward them.

Again, The Technocrat magazine gives the reason: “There will be no place for Politics, Politicians, Finance or Financiers, Rackets or Racketeers.” When Franklin Delano Roosevelt was elected in 1932, the same year that Technocracy was codified at Columbia University, they publicly called for him to summarily dismiss all elected officials and appoint Technocrats in their place to run the nation. FDR was too shrewd to go along with the proposition.

I am quite certain that some positive, “good news” headlines will appear in the first quarter of 2022. For instance, look for Republican optimism at taking back control of the House and Senate during the midterm elections. Omicron could be officially declared to be a nothing-burger and some major corporations might remove mask and/or vaccine requirements. Fauci could resign his post as the nation’s medical Technocrat-in-Chief. At 98, Henry Kissinger might finally join the late David Rockefeller and Zbigniew Brzezinski.

The point is, sentiment always swings back and forth like a pendulum. Always. People who are exhausted on bad news will eagerly grab onto something that gives them hope. So, look for the sentiment pendulum to swing toward any perceived good news.

Unfortunately, “hopium” is like an addictive substance that numbs the mind and body, so the net result for many will be to retreat further into their shell of inactivity and denial.

None of this will curtail Technocrat initiatives and practices of social engineering.

There are three big threats to watch in 2022.

Any one or all of these could easily be run as a false flag operation to trick people into accepting Technocrat solutions. However, any crisis will do, whether manmade or not. As I noted above, Ordo ab Chao.

One thing is certain: Technocrats are totally committed to fear mongering, sustaining chaos and even promoting outright panic. Such is their war against humanity. During this time, they will continue unchallenged to install their apparatuses of control.

I viewed the video. The most important thing they NEVER mentioned even once. God! Their solutions are NOTHING without Him.

Agree. All their arrogant “solutions” contradicts the way our universe is created. This can only end in mud.

Aha! Prof. Desmet explains the sensation of the Covid lies and their formation having created or suggested a new term “Mass (DisIn)Formation”, which explains what the whole reason for the lockdowns throughout the nations of the world have been encouraged to pursue. The ‘variants’ stories (lies) serve to elevate the fear factor with this ‘pandemic’ but isolation of the people can be the more necessary to breaking down society. Another is “Plandemic: The Lie is the Virus: The Truth is The Cure” is the title of a very important book by Nikki Willis to describe the current disconnection(s).

The only problem is the sheeple refuse to hear any hint of truth. They are in trance, hypnotised by the snake.

Quote: “The Truth is The Cure”. This is a true saying. What is truth? Every word that comes out of the mouth of God through the Bible. By faith Noah, being warned of God of things not seen as yet, moved with fear, prepared an ark to the saving of his house; by the which he condemned the world, and became heir of the righteousness which is by faith. Hebrews 11:7 Now is the time to prepare your ark which is in Jesus Christ by faith because the world is going to be destroyed again with fire. “For God so loved the world that He gave His only begotten Son that whosoever believeth in Him should not perish but have everlasting life.” John 3:16.… Read more »

‹Chaos› comes from the verb χαίνω ‘yawn’. One of the old cosmogonies begins ‘In the beginning was the yawn’.

‘In the beginning God created the heaven and the earth. And the earth was without form (tou) , and void; and darkness, was upon the face of the deep. And the spirit of God moved upon the face of the waters.” Genesis 1:1-2. I looked in Strong’s concordance, Choas (the word Chos is not in the KJV, but the idea comes from Hebrew) it comes from tou (Hebrew) it does not mean yawn, but confusion, without form, void, empty space, etc. Yawn is not a good way to put it. Its like someone ready to take a nap! https://www.blueletterbible.org/lexicon/h8414/kjv/wlc/0-1/. TOOLS

I’m with justsayin, with regard to no mention of God. However, in light of what is in the public domain with regard to Fauci, to intimate he might just be misguided and think he is doing the right thing for humanity is downright naive.

You said, “With regard to Fauci, to intimate he might just be misguided and think he is doing the right thing for humanity is downright naive.” Agreed, but might I say it is more than that, they are being way to kind to a devil. It is quite obvious if one has heard Fauci speak and there are many media clips, that he (Fauci) is not misguided. He is a Jesuit trained wicked deceiver, Mattias Desmet & Chris Martenson in the video are speaking in terms of themselves having KNOWLEDGE of people’s thoughts through a psychiatrist mind and training which… Read more »

“The Great Day of the LORD is near, near and hastening fast; The sound of the Day of the LORD is bitter; the mighty man cries aloud there. A day of wrath is that Day, A day of distress and anguish, A day of ruin and devastation, A day of darkness and gloom, A day of clouds and thick darkness, A day of trumpet blast and battle cry against the fortified cities and against the lofty battlements. I (GOD) will bring distress on Mankind, so that they shall walk like the blind, because they have sinned against the LORD; their… Read more »

These analysts, while right about technocracy and it’s objective, are wrong about who the ultimate technocrats are: the Jesuits.

This was an excellent talk; as it explains the psychology of the people who follow ‘mass formation’ which is what we needed – the reason people were following this narrative so easily was just difficult to understand. Also, the explanation of the differences between totalitarianism and dictatorship was clearly explained; which means we are facing a monster. We sort of know it can never be a success its just so painful to live in it right now!! All our relatives are getting vaccinated ill in the UK as well.

Happy New Year’s everyone! Looks to me like we need to be on red alert 24/7 when there are people alive who will destroy you the first opportunity they get. On another note. Beware of the covid home test kits that contain Sodium Azide. It’s dangerous to get on the skin, in the eyes or to invest. Also dangerous to inhale and is used in some explosives. Not saying that sodium azide is in every covid home test kit. But it is in some of them. Buyer/user beware. Also everyone, be careful regarding Phizer’s “new” covid pill. The FDA has… Read more »

don’t know why you did not publish my comment I made last night, I noticed it was waiting for approval – was it because it come out of another country? Just thought excellent talk; hope you publish that!

Sorry realised my comment is down on the bottom! Thanks

Thank you Patrick. You have been one of the voices of sanity in an insane world. I say to people all the time that I can tell them in one word what’s behind everything going on in our world these days….. “TECHNOCRACY”….. Most look at you like a deer in the headlights. Keep up your good work and hopefully, we, the 30% who can’t be hypnotized can sway the 40% who will just follow the herd, to the side of the truth and reality as we perceive it. Then we can stop this Globalist Fascist takeover and at the same… Read more »

The Pandemic Narrative Is Undergoing A Radical U-Turn

The Pandemic Narrative Is Undergoing A Radical U-Turn: Is Political Pandemic in its Death Throes? — PatriotandLiberty