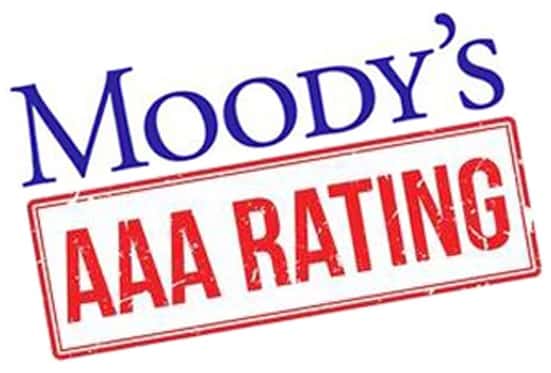 Moody’s is now extorting cities to tow the line on climate change mitigation or face denial of credit access due to downgrades. Who got to Moody’s? The planetary Fintech machine that is behind the surge toward global Technocracy! This is the epitome of Al Gore’s famous statement that “Deniers deserve to be punished.” ⁃ TN Editor

Coastal communities from Maine to California have been put on notice from one of the top credit rating agencies: Start preparing for climate change or risk losing access to cheap credit.

In a report to its clients Tuesday, Moody’s Investors Service Inc. explained how it incorporates climate change into its credit ratings for state and local bonds. If cities and states don’t deal with risks from surging seas or intense storms, they are at greater risk of default.

“What we want people to realize is: If you’re exposed, we know that. We’re going to ask questions about what you’re doing to mitigate that exposure,” Lenny Jones, a managing director at Moody’s, said in a phone interview. “That’s taken into your credit ratings.”

In its report, Moody’s lists six indicators it uses “to assess the exposure and overall susceptibility of U.S. states to the physical effects of climate change.” They include the share of economic activity that comes from coastal areas, hurricane and extreme-weather damage as a share of the economy, and the share of homes in a flood plain.

Based on those overall risks, Texas, Florida, Georgia and Mississippi are among the states most at risk from climate change. Moody’s didn’t identify which cities or municipalities were most exposed.

Bond rating agencies such as Moody’s are important both for bond issuers and buyers, as they assign ratings that are used to judge the risk of default. The greater the risk, the higher the interest rate municipalities pay.

Bloomberg News reported in May that towns and counties were able to secure AAA ratings despite their risks of flooding and other destruction from storms, which are likely to be more frequent and intense because of climate change. If repeated storms and floods are likely to send property values — and tax revenue — sinking while spending on sea walls, storm drains or flood-resistant buildings goes up, investors say bond buyers should be warned.

Jones said Tuesday that the company had been pressured by investors to be more transparent about how it incorporates climate change into the ratings process. Some praised the move, while also urging it to go further.