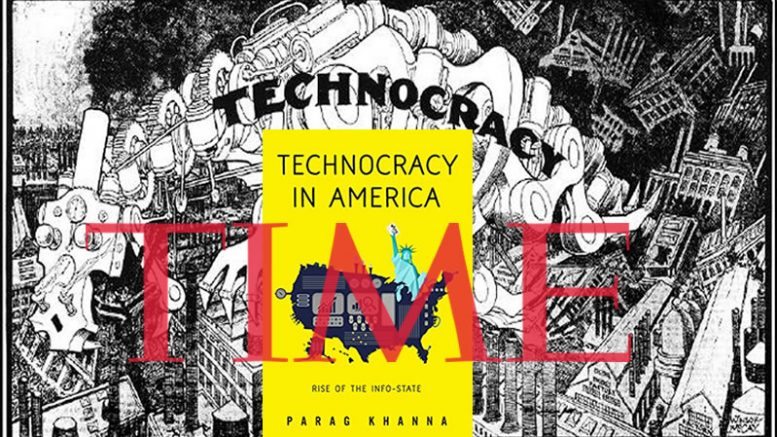 This article casts Patrick Wood as a  “conspiracy theory propagandist” who “indicts technocrats as leaders in globalist plots to control the masses.” This is the same technique used in the 1970s to deflect analysis of the Trilateral Commission. This is a must-read article that shows the nexus between populism and Technocracy, which will make way for full-blown Technopopulism in America. ⁃ TN Editor

Policies grounded in ideology can’t help but ignore information that may upset that ideological foundation.

According to World Values Survey data, 49% of Americans (60% of these under the age of 29) rather have decisions be made by experts than the government. Considering that lack of experience is rampant in US leadership today, it seems like this 49% is definitely losing the battle. In fact, the views of Americans hungry for evidence-based governing are nowhere to be found. But they exist among the mostly young progressives who don’t fit into the quintessential radical-left mold.

If you’ve been reading any of the large news outlets since the 2016 election, you have probably been exposed to a broad array of various types of American conservatives — a smorgasbord of right-wing political figures and views. Reporters have spent weeks out in “Trump Country,” toiling in the hopes that they can show that the media has remembered these once forgotten people. Outlets have scurried to hire conservative voices to stave off the criticism that they are the “liberal media” and nothing more than “fake news,” as the president and his followers have dubbed them.

Take The New York Times, who hired Bret Stevens, the Pulitzer Prize-winning columnist from The Wall Street Journal, along with David Brooks, Ross Douthat and Bari Weiss. Meagan Kelly, the former Fox News anchor who promised us that Santa Clause is indeed white, secured a primetime spot at NBC. The Atlantic supplemented its preeminent #NeverTrumper and former George W. Bush speechwriter David Frum with the hiring of Kevin D. Williamson. While at the National Review, Williamson asserted that “women who have abortions should be hanged” and once described an African-American boy as a “three-fifths-scale Snoop Dogg,” harkening back to the time black Americans counted as three-fifths of the person in the Constitution.

In sustained efforts to regain the trust of Donald Trump’s constituency — the “real Americans” — the general public has been subjected to focus group after focus group from the heartland. Conservatives come in every flavor and class; they are as Trump-hating as Jeb Bush’s presidential campaign advisor Anna Navaro, as trolling as the cultural warriors Ben Shapiro and Jordan Peterson, and devout Trumpists like Paris Denard, Jefferey Loyd and Katrina Pierson. CNN hired Jason Miller, a Trump surrogate, just last year.

While it’s wonderful to see that free thought is alive on the right, what is worrying is the platform for the expression of various points of view has become restricted to them. This brings us back to that 49%.

In America, the left gets painted with a much broader brush, but there are differences. The point is to talk about one segment — a group that isn’t made up of cultural Marxists, social justice warriors and socialists. This a group has been quietly generalized, overshadowed by our peers who scream about neoliberalism and subscribe to ideologies that are a mix of political prefixes and suffixes. Plodding, working, moseying along in the American left is a group often derogatorily called the technocrats. Some may hide their technocratic virtues, while others just don’t know they have them yet.

THE END OF DEMOCRACY?

Exposure to the term technocrat usually comes from conspiracy theory propagandists like Alex Jones and Patrick Wood, who indict technocrats as leaders in globalist plots to control the masses. But outside of talk radio and conspiracy podcasts, technocrats are public servants with technical expertise — managers, budgeters. The term has often been associated with nerds or wonks. Technocrats do, while politicians give speeches. The 28th president of the United States, Woodrow Wilson, fit the bill. He was an academic — a political scientist who helped found the field of public administration, at a time when the discipline of public policy was fledgling and far from the science it is today.

Some would associate technocratic governance in the US with Micheal Dukakis, the governor of Massachusetts, and the Democratic opponent of George Bush Sr. in the 1988 presidential election. He was mocked for his penchant for wearing tweed and bore the brunt of one of the dirtiest ad campaigns in presidential election history. Dukakis was not an adept orator or charismatic leader. But he was an incorruptible, efficient administrator, known as the architect of the “Massachusetts miracle” — a 1970-1980s era of growth that turned a state reeling from the manufacturing industry collapse into the economic powerhouse Massachusetts still is today. That is the kind of leadership that comes with technocracy.

In Technocracy: Rise of the Info-State, Parag Khana explains why a little more technocracy would be good for America. Technocracy, he argues, “is government built around expert analysis and long-term planning rather than narrow-minded and short-term populist whims. Technocrats are not to be confused with the complacent establishment elites that were just stunned by Trump. Real technocracy has the virtues of being both utilitarian … and meritocratic.”

You may be wondering if Khana knows what happened to Dukakis or has ever seen how the American “experiment” works. It’s often argued that generally the idea that democracy in and of itself is as good as it gets, needing no perversion or tampering. But polling data shows that Americans are beginning to lose faith in the idea that liberal democracy is all you need to have a good government. Not only do young Americans have a proclivity for expertise, like it or not, we’re not so sold on democracy as the solution to everything.

General dissatisfaction with government is currently very high. Some of it can be attributed to the economic crisis. Historically, economic worries have significantly attributed to a loss of trust in government, and millennials are characterized by their own Great Recession. But this time there is something interesting happening.

The charge for change is in the youth — as usual — but this charge doesn’t run counter to government rule but with government as the driver for change, with or without democracy. According to a report by the Journal of Democracy, “only about 30% of Americans born in the 1980s think it’s ‘essential’ to live in a democracy. That’s compared to 75% of Americans born in the 1930s.” Unfortunately, this disaffection has led to countries like Austria, France and Germany seeing a resurgence of the far right thanks to the support of the youth.

In the UK and the United States, the youth have gravitated toward populists on the left end of the spectrum led by Bernie Sanders and Jeremy Corbyn. Despite the cantankerous nature of Donald Trump, his politics mirrors those of other nationalist, conservative, anti-minority leaders across the globe, like the Philippines’ Roderigo Duterte, Japan’s Shinzo Abe, China’s Xi Jinping and India’s Narendra Modi. Millennials are at the helm of all these movements.

The young of today are not the flower children that their parents were, nor are they believers in democracy like their grandparents have been. While millennials have begun to distrust the government at rates similar to older citizens, for some reason the decline in trust has not been as drastic. Young Americans think politicians are corrupt, but still believe large government institutions can work. While it may seem like every young person is devoted to extreme ideas, one is reminded of Mark Twain’s definition of a patriot as “the person who can holler the loudest without knowing what he’s hollering about.” Just because you don’t hear technocrats, doesn’t mean they aren’t there.