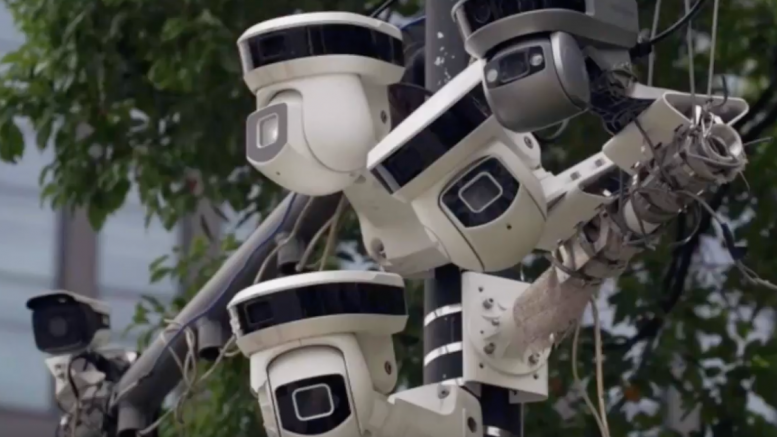 Please Share This Story!
PDF 📄
TN has warned for years that China is aggressively exporting its Technocracy to other countries in Asia and beyond. Myanmar, formerly Burma, is being supplied with Chinese technology to crush dissent and establish Scientific Dictatorship. ⁃ TN Editor

Protesters in Myanmar fear they are being tracked with Chinese facial recognition technology, as spiralling violence and street surveillance spark fears of a “digital dictatorship” to replace ousted leader Aung San Suu Kyi.

Human rights groups say the use of artificial intelligence (AI) to check on citizens’ movements poses a “serious threat” to their liberty.

More than 200 people have been killed since Nobel peace laureate Suu Kyi was overthrown in a Feb. 1 coup, triggering mass protests that security forces have struggled to suppress with increasingly violent tactics.

Security forces have focused on stamping out dissent in cities including the capital Naypyitaw, Yangon and Mandalay, where hundreds of CCTV cameras had been installed as part of a drive to improve governance and curb crime.

Human Rights Watch has expressed its “heightened concern” over cameras armed with AI technology that can scan faces and vehicle licence plates in public places, and alert authorities to those on a wanted list.

“Even before the protests, the CCTVs were a concern for us, so we would try and avoid them – by taking different routes to go home, for example,” Win Pe Myaing, a protester in Yangon, told the Thomson Reuters Foundation.

“We believe the police and the military are using the system to track demonstrations and protests. It’s like a digital dictatorship – the regime is using technology to track and arrest citizens, and that’s dangerous,” he said.

Most of the equipment used in Safe City, a project to curb crime in big cities, is from Chinese technology firm Huawei, the Myanmar Now publication had reported.

Huawei did not respond to a request for comment.

Huawei told Human Rights Watch it was providing “standard ICT infrastructure equipment” – information and communications technology, and that the facial and licence-plate recognition technology on the cameras was not from Huawei.

There were many vendors, and Huawei “is not involved in any actual operation and data storage or processing,” it said.

Chinese tech firms have come under increased scrutiny for their use of tools to detect, track and monitor minority Uighurs in Xinjiang region, where activists and United Nations experts say at least a million Muslim Uighurs are detained in camps.

China denies abuses and says its camps provide vocational training and are needed to fight extremism.

“Authorities’ ability to identify people on the streets, potentially track their movements and relationships, and intrude into private lives poses a grave risk to anti-coup activists,” said Manny Maung, a researcher at Human Rights Watch.

“It can also be used to single out individuals in discriminatory or arbitrary ways, including for their ethnicity or religion,” she said in a statement.