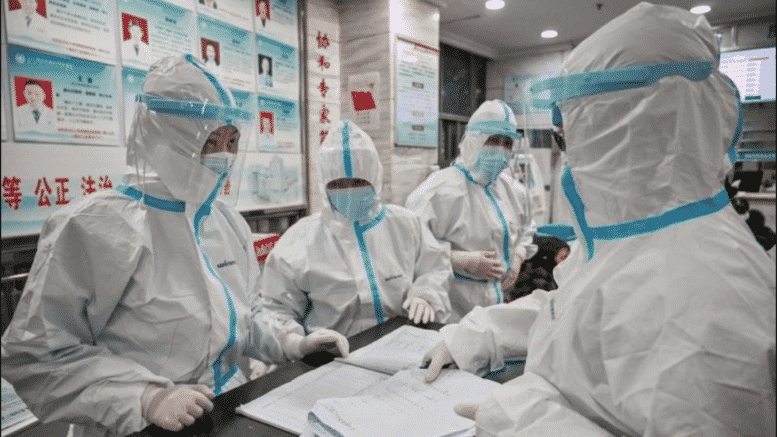 The Technocrat mindset in China believes that any existing technology, no matter where developed, is fair game for them to take and appropriate. For this reason, much of China’s tech development was quietly stolen from the United States. This is a must-read article. ⁃ TN Editor

It began in the 1990s as a trickle of Chinese military scientists trained by the People’s Liberation Army (PLA) and arriving at U.S. universities and research institutions.

Then, via the scientific exchange equivalent of chain migration, U.S. virus research programs were flooded with scientists from Communist China, where Chinese scientists already working in the U.S. invited close colleagues to their laboratories

Thus, was created pockets of U.S.- based de facto Chinese research programs linked to the Chinese military, much of which was directly or indirectly funded by the U.S. government.

Dr. Shibo Jiang, now Professor and Director, Institute of Medical Microbiology at China’s Fudan University in Shanghai, obtained his MS and MD degrees from the First and the Fourth Medical University of the PLA.

Between 1987 and 1990, he received his postdoctoral training at the Rockefeller University in New York.

After 1990, Shibo Jiang worked in or has been associated with the Lindsley F. Kimball Research Institute of the New York Blood Center.

He developed an extensive network of collaborative research with other U.S. virus research laboratories and received more than $17 million in U.S. research grants, the vast majority coming from Dr. Anthony Fauci’s National Institute of Allergy and Infectious Diseases.

During this entire period, Shibo Jiang maintained extensive collaborative research with PLA laboratories, described in detail here, while simultaneously inviting into his U.S. laboratory and training scientists linked to the Chinese military.

At the same time, Chinese military programs in virus research were expanding enormously and exploiting the knowledge and skills obtained by Chinese scientists working in U.S. laboratories.

While attending the PLA’s First Military Medical University, Shuwen Liu and Shibo Jiang together published an article on the human immunodeficiency virus (HIV) in 1986.

After obtaining his position with the Kimball Research Institute in 1990, Shibo Jiang maintained his relationship with the First Military Medical University of the PLA in Guangzhou.

By 2002, Shuwen Liu had joined Shibo Jiang at the Kimball Research Institute, while continuing his affiliation with the First Military Medical University.

Also in 2002, Shibo Jiang was collaborating with the PLA scientists at the Department of Microbiology of the Fourth Military Medical University in Xi’an.

The onset of the first severe acute respiratory syndrome (SARS) coronavirus pandemic in 2002 caused a major shift in the virus research activities of the PLA and the activities of Shibo Jiang and his Chinese colleagues working in U.S. laboratories.

Prior to the outbreak, the PLA largely considered coronavirus a veterinary disease, particularly in working dogs.

Afterward, the PLA would play a major role in human coronavirus research.

That effort was centered around two Chinese military research centers, the State Key Laboratory of Pathogen and Biosecurity, Beijing Institute of Microbiology and Epidemiology, and the Academy of Military Medical Sciences in Beijing, and hospitals and research institutes under the Nanjing Military Command, in particular, the Third Military Medical University in Chongqing.

Three key players, who would eventually be involved in the COVID-19 saga, came from elements of the PLA’s Nanjing Military Command.

They were Yusen Zhou, Guangyu Zhao, and Yuzhang Wu.

Yusen Zhou and Guangyu Zhao would become long-time research collaborators of Shibo Jiang, Yusen Zhou would become the Director of the State Key Laboratory of Pathogen and Biosecurity of the Academy of Military Medical Sciences in Beijing.

he first was Yuxian He, who initially followed Shibo Jiang to Rockefeller University and then to his laboratory at the Lindsley F. Kimball Research Institute.

Yuzhang Wu became Director of the Institute of Immunology at the Third Military Medical University in Chongqing.

Chinese whistleblower Dr. Li-Meng Yan claims that the COVID-19 virus originated in laboratories overseen by China’s PLA, using bat coronaviruses ZC45 and/or ZXC21 collected from Zhoushan, China, then characterized and genetically engineered under the supervision of the Third Military Medical University in Chongqing and the Research Institute for Medicine of the PLA Nanjing Military Command.

Thanks to our non-discrimination laws, there is no way to prevent this now or in the future.
We can’t even close the gate after our horse has gone (to China).

I know that some folks hold the view that covid-19 is real and came from some lab in china. I respectfully disagree and don’t think that to be true. I’m of the view that this so-called virus is not real at all. What they are doing is a rebranding of yearly sickness and death rates as belonging to some positive testing psuedoscience such as the PCR test. They are massaging yearly figures and marketing it all as a declaration of a pandemic imposed by the WHO over the world. I will not trust anything that comes from china, whistleblowers or… Read more »