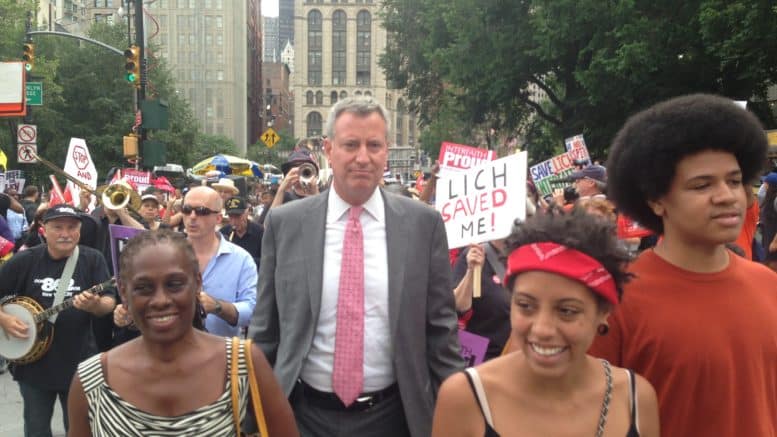 “We’re going to ban the classic glass and steel skyscrapers, which are incredibly inefficient,” he told MSNBC television.

The New York version of the “Green New Deal” currently being pushed by freshmen Democratic members of Congress would make buildings of more than 25,000 square feet (2,300 square meters) cut their emissions by 40 percent by 2030, compared with 2005 levels.

The Democratic mayor said that those who fail to meet the new environmental standards could face fines of more than a million dollars, in the case of larger buildings.

The glass-sided towers that arose in the 1960s, and which have proven popular for their panoramic views, will only be approved in the future if they meet strict rules on energy efficiency.

“Every day we wait is a day our planet gets closer to the point of no-return. New York City’s Green New Deal meets that reality head on,” de Blasio said in a statement after signing off on measures adopted by the city council last week.

In recent months, the mayor has unveiled a number of initiatives in line with the more left-leaning Democratic presidential contenders, including a health care plan that would provide coverage for all New York residents, including undocumented immigrants.