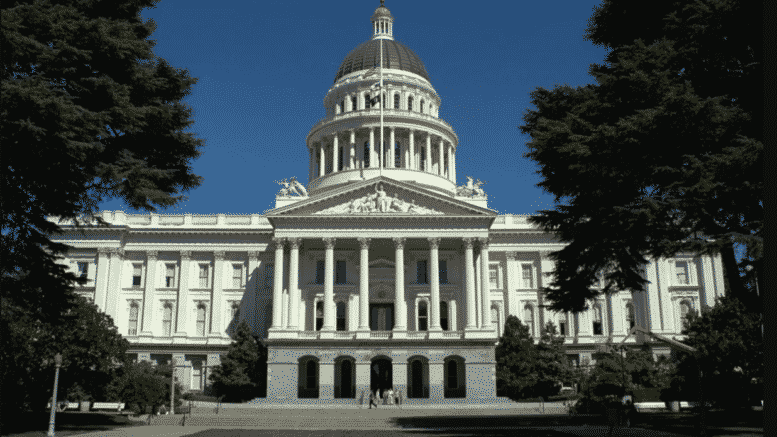 Posted By: Wes Venteicher, via The Sacramento Bee October 18, 2021

Please Share This Story!
PDF 📄
It has been reported to me by a top medical professional that the actual vaccination rate among most groups in America is being greatly inflated. This rings true in deep-blue California where Gov. Newsom flatly ordered all state workers to take the shot. While 60% might have “obeyed”, at least 40% have not! Will Newsom fire the “deniers”? ⁃ TN Editor

The COVID-19 vaccination rate is lower among California state workers than among the state’s general population, according to data from the state Human Resources Department.

Fewer than two-thirds of state workers — about 62% — were vaccinated as of Oct. 7, according to preliminary figures provided by department spokeswoman Camille Travis. That compares to a rate of about 72% among all Californians, according to state data.

The employee data is incomplete, accounting for about 213,000 of the state’s 238,000 employees, Travis said. But the relatively low rate identified so far suggests many workers weren’t moved by Gov. Gavin Newsom’s July orders to workers to get vaccinated or submit to regular testing.

Several of the largest state departments shared vaccination rates for their staff: 52% of California Highway Patrol employees, 60% of Department of Motor Vehicles employees and 60% of prison employees have received the shots. Caltrans reports a higher rate, with 70% of its employees vaccinated against COVID-19.

The Newsom administration’s shot-or-test rules for state workers are less stringent than those the governor imposed on health care workers, who must get vaccinated unless claiming a religious or medical exemption.

Still, Health and Human Services Secretary Mark Ghaly expressed frustration with the pace of vaccination in a Sept. 28 letter to state employees he said was occasioned by the preventable COVID-19 death of a worker who left behind a wife and two children.

“We haven’t done enough,” Ghaly said in the letter. “Despite our work to avoid it, we have allowed an invaluable, life-saving health intervention (to) become more complicated, more polarizing, more confusing than anything seen before in modern medicine.”

He urged employees to get vaccinated for their families, noting the vaccines are safe and effective and have helped keep the delta variant of the virus at bay.

“For whatever reason that has held you out from getting vaccinated, I implore you to reconsider,” he said in the letter.

The Human Resources Department has been collecting vaccination data since mid-August and coordinating efforts to set up testing programs for every one of the 166 departments, agencies, boards, commissions and other offices that make up the state government.

“I don’t think we should underestimate the impact of having to identify the staff, train them, set up the program, work with (the Department of Public Health) to set up the supplies, all these elements,” Ortega said. “State departments normally do a lot of complex work, but it’s in their subject area. We’ve asked them to take on something that’s out of their usual expertise and to be trained and do it.”

The state launched pilot testing programs in the central offices of five state departments, and has expanded testing to 13 departments and 40 sites, Ortega said.

The offices are using a combination of antigen and PCR testing, working through a national shortage of supplies for the antigen tests, which are less uncomfortable then the deep nasal swabs of the PCR tests. Sixty departments with 20 or fewer employees are using over-the-counter tests, said Travis, the CalHR spokeswoman.

Schools are nuts, too, in CA. Today was the day to start the jab proof or test thing in our district. Told we have till Oct 22nd to apply for exemption. Substitute teacher shortages are monumental right now and it’ll get worse before it (ever) gets better unless the state/Grusome back off of the illegal mandates. My union is useless; they are far-left and promote the shots instead of defending personal rights.

“He urged employees to get vaccinated–for their families– (sic), noting the vaccines are–safe and effective–(sic) and have helped keep the delta variant of the virus at bay. “For whatever reason that has held you out from getting vaccinated, I implore you to reconsider,”…” I implore you idiot politicos to learn to read English. Apparently, none of you in CA can read English or research the actual FACTS. People of CA! DO NOT GIVE IN to these covid liars’ big push! DO NOT GIVE UP! WE ARE THE MAJORITY AND CAST SUCH A SHADOW THAT THE TOTALITARIANS ARE TRYING TO HIDE… Read more »