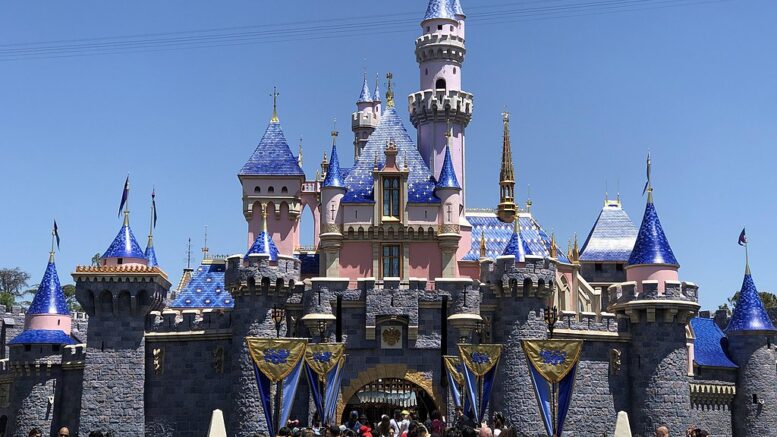 Please Share This Story!
PDF 📄
This Technocrat initiative is the sole product of the Orange County Health Care Agency and its director, Dr. Clayton Chau. Normally conservative Orange County residents should drive this short-sighted thinking out of their county. ⁃ TN Editor

The vaccine and testing credentialing arrangement will be rolled out sometime in April, Orange County Health Care Agency officials said on Twitter.

“The Digital Passport enables individuals to participate safely and with peace of mind in activities that involve interactions with other people, including travel, attractions, conferences/meetings, concerts, sports, school and more,” officials added.

While details are scant about how the digital vaccine passport would work, the Orange County health agency’s director and health officer, Dr. Clayton Chau, told the O.C. Register that the county’s existing Othena vaccine scheduling app could be modified to include a credentialing feature.

The Othena app is being used to schedule vaccine appointments at the county’s mass inoculation sites, including at Disneyland.

Chau also told the outlet that printed cards could be issued for use by people who don’t use smartphones.

California Public Health Officer Dr. Tomás Aragón said last week that there are currently no plans to create a state-level vaccination passport system, although health officials are looking into formulating standards and guidelines around the use of such credentials, KTLA reported.

Aragón said that if federal authorities “don’t move fast enough” with developing such guidelines, “we will come up with technical standards that will be expected—really focusing on making sure that privacy is protected and that equity is protected.”

It comes amid controversy over vaccine passport-style systems, which have been proposed in some countries, and as some U.S. states and regions have either considered their adoption or moved forward with their deployment.

Hawaii Gov. David Ige’s latest emergency proclamation includes a plan for vaccine passports that would allow travelers to avoid quarantine and COVID-19 testing. While there is no timeline for its adoption and it still needs approval by the director of the Hawaii Emergency Management Agency, Lt. Gov. Josh Green told Hawaii News Now that the plan is to launch a pilot for inter-island travel by May 1.

New York state has also rolled out its “Excelsior Pass” system that would require people to show that they have been vaccinated when trying to enter certain events and locations.

Vaccine passports have been criticized by civil liberties groups, who say they would potentially violate Americans’ privacy rights while denying key services to people who are not vaccinated.

Who could have imagined California becoming a fascist state?

Our privacy is already compromised. What the vaccine passport will do is to further curtail our civil liberties taking us to a place of no return.

Would it not been simpler for the unvaccinated to wear a yellow star on their sleeve? This would avoid the trouble and expense of having to produce either digital or greencard’s.😯