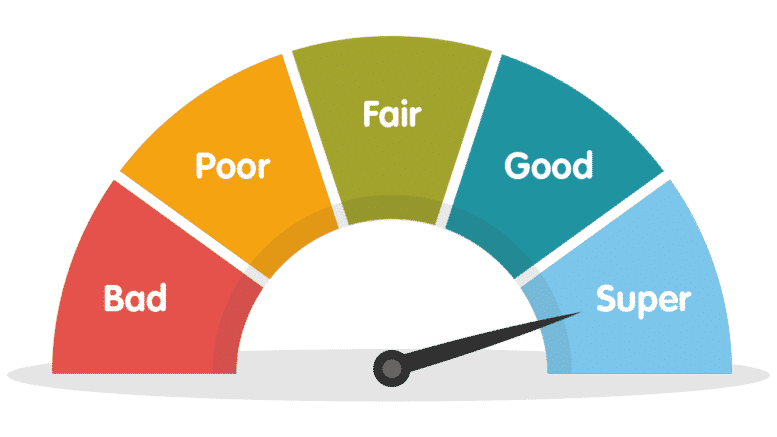 Please Share This Story!
PDF 📄
Technocracy is already applying undue pressure against the Constitution and the Rule of Law. Social Credit Scoring is a personalized tool of behavior modification that obviates the need for external controls. ⁃ TN Editor

Professor Larry Backer of Penn State University writes in a 2018 paper that resistance to social credit systems in the west could be dissolved when the masses are “socialized… as a collective” and “…the great culture management machinery of Western society develop a narrative in which such activity is naturalized within Western culture.”

A 2018 paper written by prominent law professor Larry Backer of Penn State discussed the ways in which a social credit system could be implemented in the west. Backer writes that the shift in law with this system will “…change the focus of public law from constitution and rule of law to analytics and algorithm…”

In the paper, titled “Next Generation Law: Data Driven Governance and Accountability Based Regulatory Systems in the West, and Social Credit Regimes in China“, Backer describes moves to social credit in the west as “fractured”, but gives guidance on how societal norms could be steadily pushed to accept this system.

Backer proposes that the “great culture management machinery” of the west normalize the idea of social credit and sharing private data. Backer writes:

“But is it possible to socialize the masses, or even mass democracy as a collective, to embrace this pattern of data disclosure beyond these
immediately self-serving closed loop systems? Would it be possible for the state to develop systems for the enforcement of laws (criminal and regulatory) that depends on intelligence by inducing the masses to serve as positive contributors of data necessary for enforcement or regulation? The answer, in Western liberal democracies, may depend on the ability of the great culture management machinery of Western society– its television, movies and other related media–to develop a narrative in which such activity is naturalized within Western culture“.

As Big Tech and artificial intelligence creep further into our lives, a grid of high tech surveillance has entangled us. As if to pacify resistance, these systems (Google home, Apple watches, Amazon Alexa) offer “convenience” in the form of targeted ads, personalized content and other features.

In reality, this system is meant to determine whether or not you will be allowed to function in modern society.

The Trump admin is reportedly considering using this surveillance grid to monitor the population for signs of mental illness, triggering authorities to confiscate firearms from “dangerous individuals”.

In 2013, Old-Thinker News asked the question “Will Insurance Companies Use Smart Appliances to Monitor “Unhealthy” Habits?“

As this 2013 Wall Street Journal article stated, your insurance company:

“…already knows whether you’ve been taking your meds, getting your teeth cleaned and going for regular medical checkups. Now some employers or their insurance companies are tracking what staffers eat, where they shop and how much weight they’re putting on — and taking action to keep them in line.”

Artificial Intelligence, programmed by power hungry individuals, is steadily taking over our society. It is already censoring political opinions. It will be making medical, education, and financial decisions. Humans are to be sidelined. The social credit system will be watching you closely for any deviant behavior. If you aren’t careful, you will become an outcast. Access to food, transportation and medical care will be denied.

Give algorithms, analytics, and social credits dominion over our lives. What could possibly go wrong with that?

Don’t know who this dim bulb professor is, but he needs to be kicked in the pisspump till his eyes bleed.

There already is a “social credit system” in place. Very few people associate with someone that has a bad reputation. The problem is the idea of a “state” deciding what is “bad”. Rid yourselves of “The State”. What Nietzsche Said “There are still peoples and herds somewhere, but not with us, my brothers: here there are states. The state? What is that? Well then! Now open your ears, for now I shall speak to you of the death of peoples. The state is the coldest of all cold monsters. Coldly it lies, too; and this lie creeps from its mouth;… Read more »

“That which does not kill us, makes us stronger”

I just asked the person next to me, “When did Penn State become the asshole of the US?” The answer? They have always been such. The school built their reputation on exclusivity, something completely inappropriate for a State supported school and have always been elitist in their approach to the world and humanity.

And now! We have yet another Penn State professor, in the mode of Michael Mann, who beds down with the technocratic agenda of control for humanity. Erudite or Eugenidite? (yes, I made that up–like Mann’s hockey stick and Backer’s best concept of the future.)

Constitution deniers should be punished!