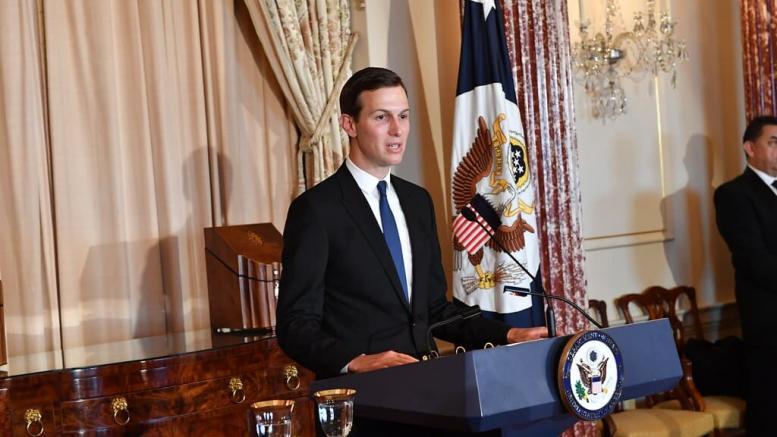 Please Share This Story!
PDF 📄
A Patriot Act for health care? A national data dragnet for patient data would result in mass exposure of private information and health records. Well, Patriot Act I was also brought to us by another Republican, President George W. Bush. ⁃ TN Editor

White House senior adviser Jared Kushner’s task force has reached out to a range of health technology companies about creating a national coronavirus surveillance system to give the government a near real-time view of where patients are seeking treatment and for what, and whether hospitals can accommodate them, according to four people with knowledge of the discussions.

The proposed national network could help determine which areas of the country can safely relax social-distancing rules and which should remain vigilant. But it would also represent a significant expansion of government use of individual patient data, forcing a new reckoning over privacy limits amid a national crisis.

Health privacy laws already grant broad exceptions for national security purposes. But the prospect of compiling a national database of potentially sensitive health information has prompted concerns about its impact on civil liberties well after the coronavirus threat recedes, with some critics comparing it to the Patriot Act enacted after the 9/11 attacks.

Already, the Trump administration has sought to ease data-sharing rules and assure health data companies they won’t be penalized for sharing information with state and federal officials — a move driven in part by Kushner’s push to assemble the national network, according to an individual with knowledge of the decision.

“This is a genuine crisis — we have to work through it and do our best to protect people’s health,” said Jessica Rich, a former director of the Federal Trade Commission’s consumer protection bureau. “But doing that doesn’t mean we have to destroy privacy.”

Currently, the federal government plays only a limited role in handling health information, with its access restricted by various privacy laws and in many cases reliant on voluntary data-sharing agreements with individual states.

The project — based on interviews with seven tech executives, government officials and other people familiar with its contours — would draw on detailed information collected from multiple private-sector databases. It would allow federal officials to continuously track elements like hospitals’ bed availability and the flow of patients into specific emergency rooms across the country — thereby enabling the government to rush resources to parts of the country before they’re hit by a surge of coronavirus cases.

“It allows you to be much more targeted and precise in how you engage,” said one person involved in the discussions. “They need data to make the policy decisions, and so that’s what we and others now have been asked to do.”

This is not a genuine crisis but a One World Government set up. In the China model for the world. People are already accustomed to having their government be their god who will provide for their needs. Problem is that they decide who gets fed and who doesn’t. They have decided also to tell people to turn in their neighbor if they are not obeying the rules. Who wants to live in a world like this? To think a Republican who claims Christianity who’s base is mostly “Christians” whom supposedly know their Bibles. The Democrat party never ran on Christian… Read more »

Kushner
Married to Trumps daughter…yes?
So tell me how does Trump not know this evil?
Looks like a reverse Holocaust
Joo’s killing the Goyum yet again