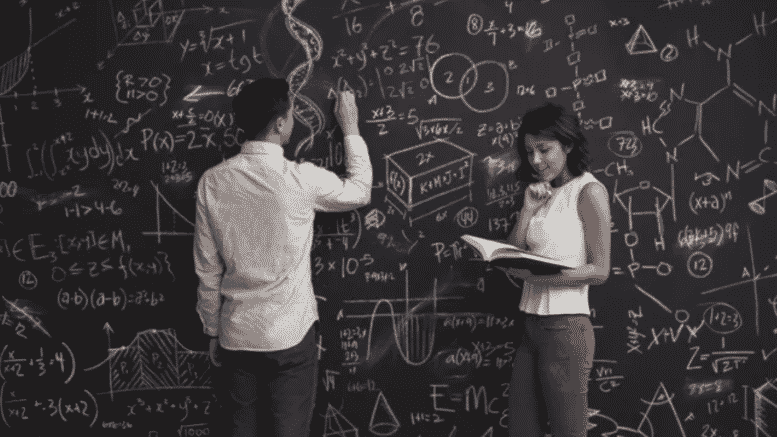 Created in the 1800s by Henri de Saint-Simon and his disciple Auguste Comte, Positivism is a bankrupt philosophy that undergirds both Technocracy and Transhumanism. It asserts that truth is discovered only through and that it must be obeyed. ⁃ TN Editor

There is nothing worse than the politicization of science. If there is one thing that 2020 has taught us it is that we live within this basic framework.

Science is nothing today if not political.

But it’s beyond even that. This is a framework of experts in all major intellectual arenas, be it economics, psychology, diet or health. And they have all been tied in some basic way to public safety and the role of government in administering that goal, supposedly for the betterment of all of us.

Now, the use of science and the scientific method is perfectly applicable when illuminating underlying physical laws of the universe. But it is a means to an end, not an end unto itself.

And politics is nothing if not obsessed with ends rather than means.

The problem, however, is that positivism, of which the scientific method is the implementation of said philosophy, ultimately has limited application in the real world.

This is because it rejects the illumination of truth through the use of intellect and logic, relying solely on experience.

Because positivism cannot create hypotheses, only test them. The process of generating hypotheses is known as a priori — the deriving of knowledge from that which has come before, some but not all of which derived from the results of positivist methodology, i.e. experiment and experience.

A priori arguments rely on intellectual rigor and logic to produce hypotheses based on what is known. Experimentation, via positivism, i.e. the scientific method, is then used to ‘prove’ or ‘disprove’ said hypothesis.

From Theory to Theorem

To give an example. The Gibbs Free Energy equation was derived from an a priori set of postulates built on the proven theorems through which mathematics were derived.

In short, we built math through logic and reason, a priori, and men like Gibbs used those mathematical tools to derive their equations which govern the way matter interacts.

Where positivism comes in is in testing Gibbs’ equation to see if it, indeed, holds up to scrutiny. And under very specific boundary conditions it does.

This distinction is truly the most important thing that needs to be interjected back into our political discourse. Hell, I’d like it to come back into our scientific discourse, c.f. the nonsense about dark matter, global warming etc.

The problem we have today with modern liberalism, especially those in the sciences, is this misapplication of positivism to subjects where variables are explicitly beyond its ability to control for.

This is why appeals to ‘believe all scientists’ and ‘science has spoken’ are, at best, specious, even if they have the veneer of truth to them. Because when you set up an experiment without proper controls none of the conclusions you draw from it are defensible.

They may point you to inquire further, certainly, and that is an unqualified good thing in the search for truth. But it cannot be a bludgeon by which that search for truth ends simply because someone got their intellectual cookie either.

In the down and dirty world of politics hastily drawn conclusions from poorly-controlled ‘science’ can be used to write really provocative headlines capable of swaying public opinion.

Again, I point you to both theories about dark matter and global warming.

Because we live in an age of experts it is easy to do this and create both mass hysteria as well as arm marginally if not wholly untrained people with bad arguments about how to craft policy.

Worse, now we’ve unleashed them on Twitter to ensure no real conversation is possible.

Listen very carefully to most political arguments that start with, “the data suggests” or “experts say” and what you most likely will hear is someone talking out of their ass but appearing to have facts on their side.

Because using positivism in the social sciences is just inappropriate. In medicine it’s the great frontier and by definition is difficult to get any kind of definitive answer from.

Once you’ve done real science, like I have, and have had your ass kicked by simple systems like an electroplating bath or a groundwater sample you realize that our knowledge of the subtle chemistry of human beings is at best, hubris.

So, undergirding any policy discussion with “what the science says” isn’t just dishonest it’s dangerous.

Because, in essence, it’s all a giant appeal to authority logical fallacy. My argument is right because He said so. The whole of ‘science as policy’ industry is nothing more than that.

And when you factor in the corrupting nature of government funding of science picking winners and losers for grant money, you really have to question what it is you think you know about just about everything you’ve ever been told.

Now, I’m not being reductionist here in saying we shouldn’t use ‘science’ no matter how specious to inform policy.

Quite the contrary. I accept that politics has to deal with time pressures after all, certainly in a fluid situation like a pandemic. But, at the same time, we have to be cognizant of its limitations and use it only to support basic human rights principles.

Conversely, that means we explicitly don’t use them as an excuse to trample human rights out of fear, ignorance or good ol’ fashioned opportunity.

Politics is where the philosophy and science meet and, at times, explode.

For more than 100 years Progressives and ‘leftists’ of various stripes have appealed to science to engineer a better society through the misapplication of the scientific method to build their arguments.

They have pursued this to the exclusion of all other considerations to ‘prove’ to the world that the community as a whole is always bettered by the suppression of the individual through shared policy goals and ill-defined/ever expanding definitions of human rights.

And because they are driven ideologically and not intellectually they ignore any and all failures of the policies adopted in the name of their stated goals.

Identity is an invested self-imaging or modelled reality. The image, model or defined form of patterning relationships is never the reality or fact to which it points or presumes to represent. But operates as a construct through which we experience a world of relation in seeming counterpoint to the absolute of which all qualities and quantities of existence are given and received to awareness – which is a priori existence to any relational expression of self-differntiation of representation as Consciousness or recognition. The development or unfolding of consciousness is an unfolding of themes that proceed from actively held parameters of… Read more »

Opening blurb: “…that truth is discovered only through and that it must be obeyed.”

Only through what? Missed a word there I think. You can delete this after correcting…