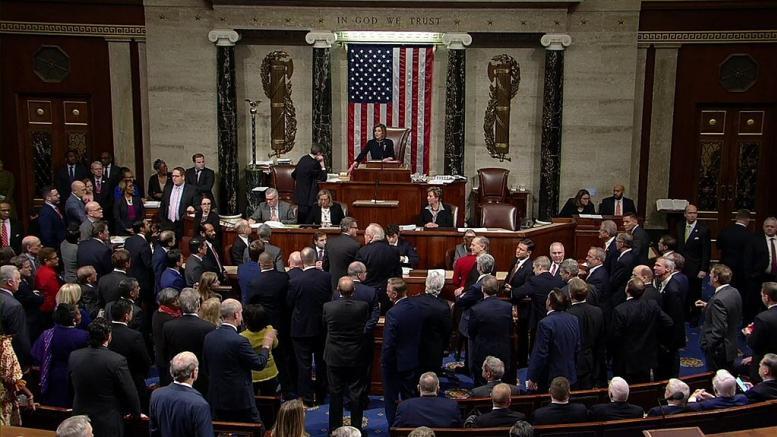 Please Share This Story!
PDF 📄
The Foreign Intelligence Surveillance Act has been greatly abused in recent years and is full of loopholes that allow bad actors to misuse the system for political purposes, including spying on Americans. The current FISA legislation is due to expire in 2 weeks. ⁃ TN Editor

President Donald Trump told top House and Senate Republicans on Tuesday evening that he would not support a clean extension of federal surveillance powers and called for them to work out a deal with Democrats on how to move forward.

GOP leaders are already talking about a potential 30-day extension of provisions in the Foreign Intelligence Surveillance Act while they try to hammer out a deal with Democrats.

Trump’s comments in an hour-plus meeting on Tuesday night came despite a push from Attorney General William Barr to modify the law administratively to appease the president, who has railed in the past against the spying law after authorities used it to monitor an associate of his 2016 campaign.

“The president made it exceedingly clear he will not accept a clean re-authorization … without real reform,” Sen. Rand Paul (R-Ky.), told reporters after the meeting. “He was told by the attorney general, we can massage around the edges and we can fix this through regulation, the president didn’t accept that, pushed back very vigorously and said ‘we’re not doing this.'”

rump instead told the lawmakers: “You all work out a bipartisan deal and come back to me and I’ll sign it,” according to a source in the room.

Aides to Speaker Nancy Pelosi (D-Calif.) and House Minority Leader Kevin McCarthy (R-Calif.) are having staff level discussions on “discrete provisions where there are possible bipartisan compromises,” according to a source familiar with the discussions. There is no sense among lawmakers that a deal is imminent at this point, and the provisions are set to expire on March 15.

Congressional leaders have been scrambling to find a way to preserve sensitive federal surveillance powers, but they’re running out of options — and time — as they struggle to bridge deep rifts within both parties.

The imminent expiration of the programs has thrown Congress into a mess, with factions in each party — and Trump — threatening to derail any agreement with less than two weeks until the provisions lapse.

With lawmakers from both parties dug in against the status quo, even a short-term extension of the current law may lack the votes to pass, jeopardizing the fate of provisions that U.S. intelligence agencies consider crucial for national security.

“This shouldn’t be as hard as it feels like it is,” said Rep. Pramila Jayapal (D-Wash.), one of the leading advocates for progressive-backed changes.

Many Democrats and the libertarian wing of the GOP, of which Paul belongs, worry about extending broad surveillance authorities without more civil liberties protections and have threatened to oppose any measure that doesn’t include them. Republicans, meanwhile, have raised broader concerns about abuses of the FISA program, driven by Trump’s fury over a watchdog’s finding that the FBI repeatedly mishandled the law to monitor Carter Page, a former associate of the 2016 Trump campaign, who had ties to Russia and was the subject of surveillance warrants.

If these NWO sycophants work out a deal to curtail the worst of unconstitutional surveillance provisions it likely means that the domestic spook agencies already have a work around.