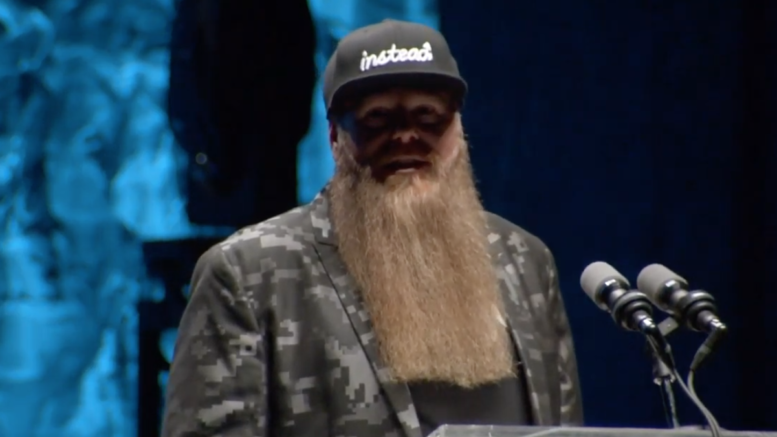 Please Share This Story!
PDF 📄
Leaders in ‘conservative’ Utah have swan-dived into predictive policing and surveillance by granting a private company access to virtually all of its data systems and cameras in the state. This is Technocracy at work and reveals the deepest level of bonding between private and public entities. ⁃ TN Editor

Banjo is applying artificial intelligence to government-owned surveillance and traffic cameras across the entire state of Utah to tell police about “anomalies.”

The state of Utah has given an artificial intelligence company real-time access to state traffic cameras, CCTV and “public safety” cameras, 911 emergency systems, location data for state-owned vehicles, and other sensitive data.

The company, called Banjo, says that it’s combining this data with information collected from social media, satellites, and other apps, and claims its algorithms “detect anomalies” in the real world.

The lofty goal of Banjo’s system is to alert law enforcement of crimes as they happen. It claims it does this while somehow stripping all personal data from the system, allowing it to help cops without putting anyone’s privacy at risk. As with other algorithmic crime systems, there is little public oversight or information about how, exactly, the system determines what is worth alerting cops to.

In its pitches to prospective clients, Banjo promises its technology, called “Live Time Intelligence,” can identify, and potentially help police solve, an incredible variety of crimes in real-time. Banjo says its AI can help police solve child kidnapping cases “in seconds,” identify active shooter situations as they happen, or potentially send an alert when there’s a traffic accident, airbag deployment, fire, or a car is driving the wrong way down the road. Banjo says it has “a solution for homelessness” and can help with the opioid epidemic by detecting “opioid events.” It offers “artificial intelligence processing” of state-owned audio sensors that “include but may not be limited to speech recognition and natural language processing” as well as automatic scene detection, object recognition, and vehicle detection on real-time video footage pulled in from Utah’s cameras.

In July, Banjo signed a five-year, $20.7 million contract with Utah that gives the company unprecedented access to data the state collects. Banjo’s pitch to state and local agencies is that the more data that’s fed into it, the better its product will work. Thus, the company has spent the last year trying to get as many state and local agencies as possible to give it access to its CCTV and traffic cameras, audio sensors, and other data.

On this it has been incredibly successful. Banjo has installed its own servers in the headquarters of the Utah Department of Transportation (UDOT), a civilian agency, and has direct, real-time access to the thousands of traffic cameras the state operates. It has jacked into 911 systems of emergency operations centers all over the state, according to contracts, emails, and other government documents obtained by Motherboard using public record requests, as well as video and audio recordings of city council meetings around the state that we reviewed.

Its contract with the state says that Banjo’s technology will be deployed or is in the process of being deployed in all 29 of Utah’s counties, in the state’s 13 largest cities, and in 10 other cities with “significant relevance” as well as for “campus security” for the University of Utah. A representative for Banjo told the city of Springville, Utah in January that a total of roughly 70 other cities and counties within Utah had agreed to give Banjo their data. It is also working with the Utah Department of Public Safety and the Utah Highway Patrol, according to public records.

So far, however, the Utah Attorney General’s office could not provide Motherboard with an example of a real-life case in which Banjo has been used, though it insisted that it had indeed been used.

Banjo is yet another in a new crop of predictive policing and artificial intelligence-focused policing tools. Unlike other tools, such as Palantir—which is used by ICE and is so controversial that there have been multiple protests about its use—Banjo claims that it does not help police find criminals, it helps them to find “emergencies” and locate criminal acts.

“We essentially do most of what Palantir does, we just do it live,” Bryan Smith, Banjo’s top lobbyist, told the Salt Lake Valley Emergency Communications Center Operations Board, which is made up of police chiefs and 911 dispatch officials, in August. “So Palantir is a tool you use for analysis, kind of to deep dive investigate certain things. What we want to do is deliver you the information right at the moment. Think of a Google Maps [you’ll get] a pin that drops with a [computer-aided dispatch] caller and attached to that event, within sub one second with intelligence related to that event.”

Utah is a Mormon state. Mormon’s don’t think like we do because they are brain washed. Sorry to offend, it’s not meant that way. But they are trained to submit since birth. I can see how the elders would love this! see here: https://www.history.com/news/why-the-mormons-settled-in-utah

You are as clueless as can be to make a comment like that. It seems as the brainwashing is people like you that here something on the news or internet and believe it without finding truth. No we are not brainwashed in any way and if this article is actually true and the “elders” as you call us knew about it they/ we would causing a huge uproar. I would suggest that you learn facts from the real people instead of making assumptions from someone that knows little themselves or has a bone to pick. Oops I guess as a… Read more »

Your upset, sorry about that. The truth remains though that Joseph Smith was a false prophet, and there is no planet called Kolob. Jesus is God, and Satan is the devil who deceives the whole world. You are deceived.

By submitting to Joseph Smith’s teachings you have submitted to whatever you are told. The Bible only is our truth, not the book of Mormon

Hello, I’m from the other side of the world country called Uganda.
We have CCTV being installed on all our roads. I know there is AI surveillance going on and tapping into phones and computers etc.
The authorities say they are combating crime. The populace seems clueless about privacy intrusion. No one even talks about it. I think we are just happy to obey elders and happy that we have all this super technology, we are becoming more modern so we think.
At least you guys are discussing it.
Giving a private company so much power is not good.
Pkk.