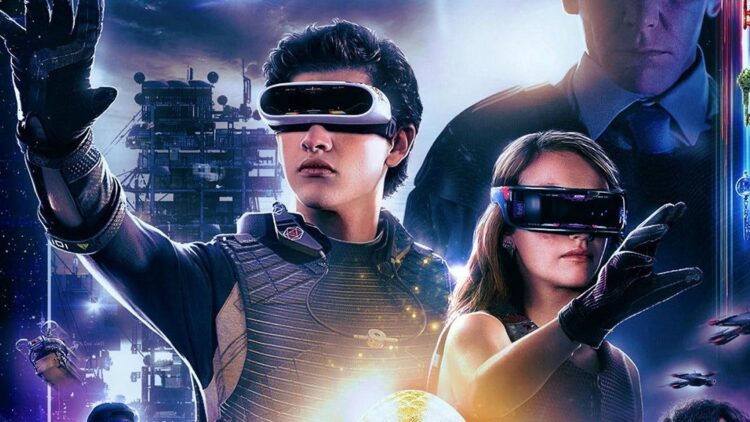 Please Share This Story!
PDF 📄
TN has always said that Technocracy exists outside of political confines and definitions. Thus, increasing numbers of writers from both progressive and conservative angles are identifying the threat of a “technology coup”, “dehumanizing vision”, the WEF’s “Technocratic governance” and so on. ⁃ TN Editor

When I heard that Facebook had changed its name to Meta, I was reminded of the aphorism: “A leopard doesn’t change its spots.” But in this case, there’s more to the name change than meets the eye: a strategic “vision” of the future and an overly powerful, profit-hungry corporation’s misguided attempt to shape human destiny. Facebook’s new moniker is shorthand for metaverse, a major new technology and culture shift that Big Tech is trying to force feed anyone who uses the Internet. And in the words of a friend who works for another Big Tech giant, this new direction is “terrifying.”

We’ll all be hearing a lot about the metaverse in the guises of cleverly crafted tech language over the months and years ahead. Technical descriptions such as the one found in Wikipedia can be confusing and lacking in “big picture” implications. It’s useful to note that this is a seismic shift, comparable to the Internet in scope and scale, and it’s planned to become the dominant paradigm for human communications, transitioning our business, social, and cultural life from physical to online environments.

But I want to be careful not to mince words in describing what this technology coup is really all about: nothing less than an attempt to fabricate an alternate “reality” other than the physical one we now inhabit. This new reality can be accessed, of course, only by paying customers and those in a position to afford and understand it. It is a technology designed by elites and for elites and implicitly leaves behind much of humanity in its wake.

For anyone concerned about the fate of the planet given the climate and biosphere crises and large-scale species extinction (and why do we hear so little of this in the mainstream media?), it is vitally important to understand not only what Meta has up its sleeve but also the larger picture that all the Big Tech players are peddling —a velvet steamroller promoting a massive existential shift that may come much sooner than we think.

What are the Real-world Implications of the metaverse?

Virtual reality and augmented reality have been around for some time but have never really taken off as practical and useful technologies other than in gaming. But that’s about to change and, if Big Tech has its way, it will have huge implications for all of us. This radical change in how we live our lives is something that no one will get to vote on as a new and unprecedented kind of technocratic governance begins to replace many of the functions of traditional government and, I believe, even democracy itself.

As Planet Earth and our physical world continue to experience massive biospheric degradation and disruption, the elites that are now in many cases pulling the strings of governance at the country level are heading for the exit doors. Elon Musk and Jeff Bezos are exploring the realm of space and Musk has a Mars mission planned. Globally oriented elites have a huge head start on the rest of the population for one simple reason: they had advance warning of just how serious the problems are we now face would be (as did, it must be said, many prominent Western governments). These elites looked out for themselves which is what they do best. And governments just kicked the can down the road, something they’re also quite adept at doing (and are still at it as the results of COP26 have shown).

Paralleling the notion of space flight as a form of existential escapism is the metaverse. So what if our cities are crumbling, infrastructures falling apart, and the biosphere is seriously degrading? So what if our wasteful consumer-driven lifestyle has created unprecedented levels of pollution so extensive that it’s now the number one of cause of health problems globally? No problem…we’ll just kick back and don our Meta headsets (or worse get a brain implant) and escape into an artificially fabricated world that lets us turn our back on the massive ecological and environmental problems we now face.

The metaverse appears to be part of a larger effort to implement technocratic governance and dovetails nicely with the agenda of the World Economic Forum (WEF). This organization is the official mouthpiece of the billionaire class. The Davos elite is also promulgating its agenda through the mainstream media, ownership of which has been gradually appropriated by representatives of Big Tech. Jeff Bezos now owns the Washington Post; The Bill and Melinda Gates Foundation makes huge million-dollar level “contributions” to mainstream media outlets including PBS; and the CEO of Salesforce Marc Benioff now owns Time magazine. (Time, incidentally, recently ran a special issue on climate change which served up a very long-winded article on the importance of developing lab grown meat.)

Other huge technocratic changes are in the works. Large-scale (i.e., globally implemented) genetic modification is another initiative on the WEF agenda. Everything in sight is targeted as a huge profit-making opportunity including the food supply, animal populations, and human bodies. If re-designing animals stretches your credibility, here’s what a recent WEF newsletter said about the need to genetically modify animals as a beneficial way of dealing with the climate crisis: “The process of resurrecting traits from extinct animals is commonly referred to as “de-extinction,” and scientists hope to bring back the woolly mammoth to preserve the tundra. Engineering other animals and plants can help revive the ocean, protect food systems, and remove carbon from the atmosphere.”

The Internet as Social Engineering

It is no secret that technology has become increasingly invasive since the Internet became commonplace. Originally, it did empower us with a rich array of resources. Many of those resources still exist even as some are being gradually clawed back, modified to suit corporate interests, or in some cases outright censored. On balance, the Internet is now increasingly about social control, technology dependence for profit purposes, surveillance, and sometimes cynical corporate manipulation of hearts and minds.

As more and more corporate control was levied, Internet-based technology began to intrude subtly on our personal spaces in exchange for the Faustian bargain of a new set of technological “conveniences”. Now Big Tech is aiming to not only extend this intrusion with technologies like Alexa but to make life impossible to live without it…hence the notion of a metaverse. Working in conjunction with elites and Big Tech social engineers, this next big initiative will be even more intrusive and dehumanizing and is being carried out under the rubric of a specious “philosophy” called transhumanism—a set of values that has declared our own humanity as deficient in need of technological enhancement.

The first wave of transhumanism’s new invasiveness will come with so called wearable devices i.e., headbands, virtual reality glasses, body attachments, skin implants, and others. The next phase will be an attempt to physically wire our bodies into an electronic alternate reality where privacy and individual autonomy will be nonexistent. (The WEF received a huge wave of pushback when they posted a video with the message: “You will own nothing, have no privacy, and be happy”.)

As a lifelong Democrat, I feel that it’s important to recognize that these issues are not in any way partisan in nature. Rather they relate to our right to shape, safeguard, and control the quality of our own lives and the future direction of humanity at a precarious moment in history. On a more personal note, I’ve studied and written about the cultural impacts of technology for many years including essays on the flight from physical into virtual in my book Digital Mythologies. I believe that these issues require critical thinking skills for deciding what kind of world we want to live in since the mass of humanity is not being asked if these invasive technologies are acceptable or desirable.

I passionately believe that we must not be seduced by this chimerical and false vision of reality which further removes our awareness from the natural world and (worse) even seeks to replace it by encouraging us to divert attention from the task of healing the planet and repairing our biosphere. We should not trust Mark Zuckerberg or any other members of the corporate elite with self-serving agendas to guide us through an increasingly precarious future. We should not be willing to accept Big Tech’s and the WEF’s dehumanizing vision of the future.

Rather, I believe that the true path forward is to reconnect with the beauty of our planetary home and the natural world or, in the words of cultural historian Morris Berman, to “re-enchant the world.” We need to somehow, through the seemingly unstoppable momentum of runaway technology, find a way to return to a way of living that retains the use of limited and intelligent technology where appropriate without allowing it to run roughshod over the core values of humanity we still cherish.

“TN has always said that Technocracy exists outside of political confines and definitions. Thus, increasing numbers of writers from both progressive and conservative angles are identifying the threat of a “technology coup”, “dehumanizing vision”, the WEF’s “Technocratic governance” and so on. ⁃ TN Editor”