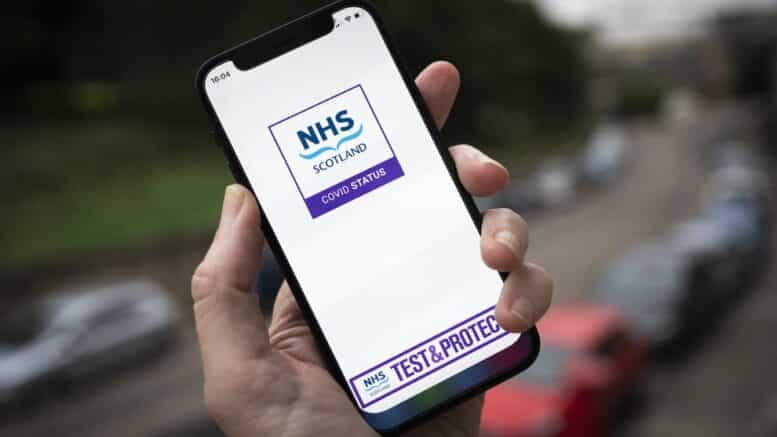 Please Share This Story!
PDF 📄
Who is reaping the the data from so-called vaccine passport apps necessary to participate in civic life? Big Tech. Who developed the apps and “sold” them to governments? Big Tech. Who is in control of the entire narrative? Big Tech. Governments have become “useful idiots” of Technocracy’s coup d’état. ⁃ TN Editor

As if the liberty erasing connotations of vaccine passports were not enough on their own, it has been revealed that the Scottish government has allowed data from the scheme to be shared with private companies including Amazon.

The Daily Record reports, “We have learned the NHS mobile phone app which presents the personal medical information in the form of a QR Code shares data with companies including Amazon, Microsoft, ServiceNow, Royal Mail and an AI facial recognition firm.”

Users of the vaccine passport app were not informed their data would be shared, according to the report.

Commenting on the findings, Sam Grant of privacy advocate group Liberty warned “Vaccine passports create a two-tier society and already many people in Scotland have been coerced into getting a vaccine passport in order to attend events and access certain parts of society.”

Grant added, “It’s extremely concerning that, in doing so, data has been shared with third parties without people having the option to opt out or without even being made aware that this is happening. This only furthers the wide concerns people already have around vaccine passports.”

The leader of the Scottish Liberal Democrat party, Alex Cole-Hamilton, also stated that his party “have repeatedly warned the Government that data protection is virtually non-existent – a simple screenshot was enough to bypass whatever ‘security measures’ the system had in place.”

“The launch was a shambles and the IT system struggled to cope,” Cole-Hamilton explained, adding “Everyone has the right to medical privacy; nobody should ever have to provide part of their medical history to a bouncer or a series of private companies. That is just simply absurd.”

Silkie Carlo, the head of another Privacy advocate group, Big Brother Watch, explained Monday why the vaccine passports are a total failure in Scotland:

🛂 The #VaccinePassport in Scotland aimed to do two things:

On Tuesday the Scottish Govnt should be scrapping this system, not extending it. @silkiecarlo speaks to @BBCScotland. pic.twitter.com/Ru9Yxnjb6R

Not” useful idiot “ but “ lawless criminal “