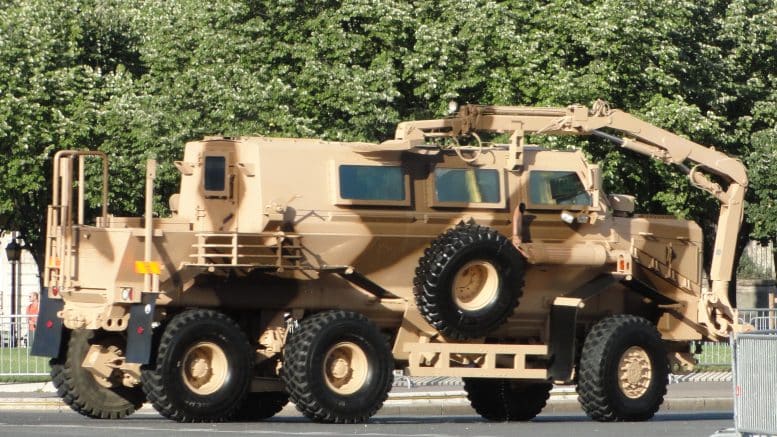 Please Share This Story!
PDF 📄
Obama militarized police forces across America, but Trump has also been surrounded by the useful idiots of Technocracy. Trump apparently does not understand that police are not military. ⁃ TN Editor

Speaking to the Fraternal Order of Police in Tennessee on Monday morning, Attorney General Jeff Sessions formally announced that the Trump administration will restart giving surplus military weapons and equipment to state and local law enforcement.

Police work is unquestionably difficult — and often thankless. I have nothing but the utmost respect and admiration for those who put it all on the line to protect our communities, and I saw their bravery firsthand this summer when Capitol Police officers made all the difference during the attack on our congressional baseball game practice.

To support our local police, we must first realize they aren’t soldiers. But today the line between the two is being eroded.

It’s no surprise you can find big government right at the heart of this problem. Washington has incentivized the militarization of local police precincts by using federal dollars to help municipal governments build what are essentially small armies — where police departments compete to acquire military gear.

Plus, over a third of the “surplus” equipment is new, so it’s disingenuous to portray it as banged-up old stuff lying around the garage.

When we couple militarizing law enforcement with the erosion of civil liberties and due process that allows the police to become judge and jury — national security letters, no-knock searches, broad general warrants, pre-conviction asset forfeiture — we see the magnitude of the problem.

National Review’s John Fund has observed: “The proliferation of paramilitary federal SWAT teams inevitably brings abuses that have nothing to do with either drugs or terrorism. Many of the raids they conduct are against harmless, often innocent, Americans who typically are accused of nonviolent civil or administrative violations.”

Given these developments, it’s natural for many Americans — especially minorities, given the racial disparities in policing — to feel like their government is targeting them. Anyone who thinks that race does not still, even if inadvertently, skew the application of criminal justice isn’t paying close enough attention. Our prisons are full of black and brown men and women who are serving inappropriately long and harsh sentences for nonviolent mistakes in their youth.

Our Justice Department should be leading the conversation on reforming the system, not setting it back further.

Americans must never sacrifice their liberty for an elusive and dangerous — or false — security. The militarization of our law enforcement is just another symptom of an overall problem that stems from an unprecedented expansion of government power — where we are repeatedly asked to make such “liberty for what we tell you is security” tradeoffs.

Ultimately, if we sacrifice the very nature of the institutions we have set up to enforce the law, what kind of law will we end up enforcing?