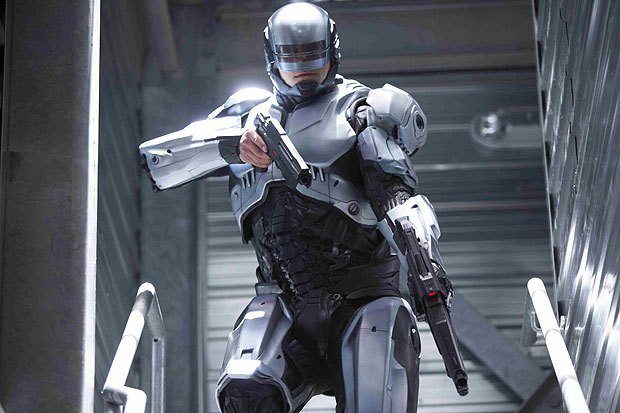 In 2015, 54 percent of total criminal offenses were related to cyber crime, according to the National Crime Agency. Computers have no soul, no emotions, and no inhibitions other that what they are programmed to imitate. Technocrats are creating more problems than they are solving. ⁃ TN Editor

You’ve heard of Robocop, the fictional man-machine on a mission to lock human criminals away.

But experts fear the opposite will soon come true and it will be machines that end up becoming the criminals, leaving us humans powerless to stop them.

Artificial intelligence experts have claimed that computers and robots will commit more crimes than humans by 2040.

They warned that murder machines will end up carrying the “lone wolf” terror attacks more associated with radicalised terrorists than psycho computers.

Tracey Follows, chief strategy and innovation officer at The Future Laboratory, told Raconteur: “As the workforce moves towards more automation, we could find 35 per cent of jobs now done by humans have been replaced by robots.

“Futurists have been forecasting a sharp rise in lone-wolf terror attacks for years. But once robots can be hacked to become suicide-bombing machines, lone-robot attacks could become rife too.”

The robotic crime wave will be driven by the rise of artificial intelligence, which is expected to give machines a cognitive ability which could even surpass that of humans.

If the robotic crimewave seems like a distant prospect, you should consider a statistic from the National Crime Agency, which found that cyber crime made up 54 percent of total offences in 2015.

As our world becomes increasingly connected, the crimes will become more and more sophisticated, with effects in the real world and not just the virtual one.

AI? Maybe watch this and get some perspective on “ring zero” and how the architecture of the microprocessor work. It seems there is no artificial intelligence, only expert systems. That means that any ‘lone wolf’ attacks is A LIE. Do they intend to get us to believe and fear that robo-geeks and terrorists are going to be making highly advanced autonomous robots WITH WEAPONRY and with an AI brain to it? No way, the only way to have so much resources is to have such a thing made by governments, which ARE the biggest terrorist organizations in the world.